by Glenn Roberts Jr.
You successfully shared the article.
Close

ANAHEIM, Calif. — Gary Keller, dressed all in black, took the stage on Sunday to the tune of rock group AC/DC’s "Back in Black" and the raucous cheers of the estimated 8,000 in attendance — some raising their hands to display the classic rock ‘n’ roll hand-horn gesture.

His appearance followed an Honor Guard’s presentation of the colors, a trio singing the U.S. and Canadian national anthems, and a song and dance performance featuring World War II-era big band hits.

Keller, 53, the co-founder of Keller Williams Realty Inc. who had earlier aspired to be a professional musician and still knows his way around a guitar — certainly received a rock star’s reception from the real estate agents and brokers attending the company’s annual conference, which ends today.

Established in 1983, with franchise operations kicking off in 1990, Keller Williams now reports that it is the third-largest real estate franchisor operating in the U.S.

While Keller’s economic presentation was decidedly more subdued than the preceding pageantry and pizzazz of the opening ceremony — with numerous charts and numbers vividly detailing the lowlights and the fewer bright points of optimism for the U.S. housing market — company officials outlined an ambitious global expansion plan.

Notably, the Austin, Texas-based company last year formed a Keller Williams Worldwide division to bring the brand beyond North America, with a plan to add 75,000 agents over the next 10 years.

And in an interview with Inman News, Keller, who serves as the company’s chairman, said that domestically the company has projected that each of its offices can scale to accommodate 150-200 agents, so that "it’s not far-fetched to have 100,000 to 145,000" people, even if the office count holds fairly steady.

The company’s international growth will have the same foundation as the company’s domestic model, said Keller, which places a heavy focus on training and business fundamentals.

"We’re not a ‘brandchisor,’ " he said. When Keller Williams was in its franchising infancy, Keller said he liked to tell people that it was "a training and consulting company, thinly disguised as a real estate franchise — meaning that’s what makes us who we are: knowledge, education, training — a feverish, passionate focus on that."

Chris Heller, president of Keller Williams Worldwide, said that while some franchisors "have taken their brand and sold it and provided the master franchisee with a brand and a lot of policies and procedures to build a business," the Keller Williams global strategy is "not just who has a checkbook ready."

The company isn’t "selling a single brand or commodity, but looking for the right person to build a business," he said. "What the world wants … what we have and what we do best (are our) systems, our training, our education, our models — those are the things they’re lacking and those are the things we do really well," Heller said.

He didn’t identify specific nations or regions that Keller Williams will be targeting, noting that the company will evaluate opportunities "case by case and country by country."

The company’s agent-centric approach did not happen by accident.

During a sharp downturn in the 1980s, membership in the Austin Board of Realtors had fallen from about 5,000 members to below 2,000 members, and Keller Williams Realty shrank from about 72 agents to 38 agents.

In its own "Profit Share White Paper," Keller Williams describes the loss of several of the company’s top producers to a competitor, and the decision to create a revenue-sharing program and to form an "Associate Leadership Council" of company agents in the mid-’80s.

Each sales associate names a "sponsor" within the company when joining Keller Williams, and a share of profits from each office or "Market Center" are shared with sales associates, who in turn share a percentage with their sponsors — the model was inspired by an incentive program offered by real estate developer Trammell Crowe.

"When I started profit-sharing, people thought it was a gimmick," Keller said. "I was one of the original advocates, back in the ’80s, for the agent as your partner, (and the) consumer is the client of the agent," with the broker taking a backseat role. The company’s oft-cited mantra for its agents: "your listing, your lead."

He said he still considers the company "on the forefront, not only in the relationship of the agent and broker, but between the consumer and the agent. It’s why we’re as large as we are."

A best-selling author of several real estate books, Keller said he still thinks like a real estate agent — he says he’s only one step removed from buyers and sellers as he works with sales associates at the company.

"From my perspective, I make my living with people buying and selling houses. Part of what makes me a little unique is I still think as a Realtor."

And he said he still relishes the role of helping agents to navigate the market.

And he doesn’t view his work as being in "management" — "I don’t really run anything. I haven’t been in direct management of the business, really since the mid-1990s. I still work with agents."

While in a training session evaluating the accounting methods of top-producing agents, Keller said he was shocked by the hodgepodge of profit-and-loss statements they had prepared.

"They were having ‘idea fests’ but nobody had established ground zero in terms of ‘This is how that should be done,’ " he said. He brought in an actuary and an accountant to develop some standardized financial reporting for the group, and he drew from these lessons in developing his latest book, "Shift: How Top Real Estate Agents Tackle Tough Times."

While Keller said that technology places a "close second" to the company’s emphasis on education and training, he also noted that the company hasn’t historically been a technology leader.

"When the Internet first showed up, we were a small company. We stayed behind" in Web development, he said, but "not because we thought it didn’t matter. We couldn’t do anything in any significant way. We weren’t that big. We didn’t have the revenue," he said.

Agents must pay a $15 monthly fee to cover the cost of the new system, with the option to pay for enhanced services from Market Leader, which partnered with Keller Williams in developing the eEdge platform. Those additional features, the "Professional Edition," are available to agents at a reduced cost (free until June and $49 per month through December) through the end of the year, with a $99 monthly cost beginning in January 2012.

In keeping with its agent-in-the-driver’s-seat approach, "Our businesspeople are going to have to step forward and be willing to pay for creativity and exploration" on the tech front, Keller said. "The agent has to be the check-writer."

DotLoop, an electronic forms and e-signature firm, also collaborated with Keller Williams to create the eEdge offering, and some features and functionality will be phased in over time.

The rollout, which has featured a massive training effort, has not been without hitches and questions.

Some commenters on a Facebook page for eEdge complained about slow tech support, trouble performing some e-mail tasks, use of agents’ Web domain names, the cost of the upgraded services, and a lack of mobile apps, among other issues.

Joe McCue of McCue Real Estate Associates, a Keller Williams Realty Team in Connecticut, commented, "In a sense we are all beta testers, which is nice, but frustrating as not everyone should be to effectively get kinks out of the system. Unfortunately, it is too late for (Keller Williams) to simply take it back."

Cary Sylvester, director of information technology for Keller Williams, said the system is designed to be flexible and responsive, and that it will likely look different next year than it does on launch.

Agents who are most comfortable using other systems can continue to do so, she said, and she noted that mobile apps are in the works for the eEdge platform.

"The ultimate vision" for the system, Sylvester said, is for it to function like the "cockpit on the airplane. This is your control, this is how you know exactly where you’re going," she said.

And the intent is for "all of our lead sources to funnel all leads through the system. When we looked at doing this, we all know that (all) leads aren’t answered in this industry," Sylvester said.

Control your own tech destiny

Borders had transferred its e-commerce operations to Amazon.com in 2001, so that the company received only a commission from Amazon when buyers bought from Borders online.

The lesson Keller sees: "In the real estate business you can’t back off. Don’t even hold your breath. Be aggressive and get after it."

Keller said that while the National Association of Realtors is playing a valuable role for the industry, and he’s a supporter of the organization, he does worry about the association overstepping its charter on some fronts.

"We don’t need (NAR) getting in the way and trying to homogenize an entrepreneurial industry," he said.

Licensing the Realtor name for use by Move Inc.’s Realtor.com raises a question, he said: "What is NAR doing in the lead-generation business? It’s supposed to be representing us, not generating leads for us."

"I don’t want (NAR) to inadvertently begin to give away competitive opportunities or advantages," he added.

Keller still remembers the life-changing event when his father arranged for him to meet with several professionals, including a banker, an accountant, a lawyer and a Realtor, when he was weighing career options.

"I chose the Realtor," he said.

Keller said he still enjoys meeting and working with agents and sharing his knowledge.

"I think that keeps me excited today," he said. "It’s what I’ve been doing since my mid-20s — working with agents and helping them with their buyers and sellers."

He added, "I come from a family of teachers. I think maybe that was in my blood and I didn’t realize it."

Something else that’s in his blood: the guitar. Keller invites famous guitarists to play and participate in interviews during the company’s "Mega Camp" mini-conventions. And Keller draws parallels between the practice regimen and polished performances of famous guitarists and successful agents.

He left the interview on his way to a guitar rehearsal — in one of his next appearances at the real estate conference he would take the stage as a musician. 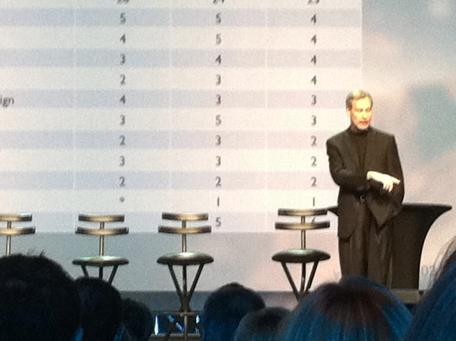