Judging by all the recent hollering, finger-pointing and campaigning, it would seem that a goodly number of people aspire to live in the White House — though, of course, only one of them will get the key to the Oval Office washroom.

For the runners-up, there are some consolation prizes out there: Replicas of the executive mansion not only are surprisingly plentiful, but at least three of them are for sale.

Granted, "replica" may be too precise a word, given that they display a lot of architectural, umm, latitude. One of them is even blue.

But they bear more than a passing resemblance to the 1600 Pennsylvania Ave. landmark. There’s a lookalike private residence in San Antonio. Photos of another — a massive, detailed White House copy in Atlanta — was an Internet sensation and drew attention from The New York Times when it was listed for $9.88 million in 2009.

The Atlanta version of the White House seems to be a bit of a tourist draw, and whenever any house that’s perceived to look like the White House displays a for-sale sign, it generates a lot of interest.

"I think people are fascinated with the idea that the White House could be for sale," said David Walmsley, an executive with the Robert S. Jordan Co. commercial real estate firm, which earlier this year was marketing the White House-ish former headquarters of the American United Bank in Lawrenceville, Ga.

"(The White House resemblance) projects a certain kind of strength, something a lot of companies are interested in projecting," he said. "It’s an iconic image of the strength and power of the United States, and certainly creates an image of something that’s going to be around for a long time."

Alas, that idea didn’t quite work out for American United Bank — its headquarters building was for sale because the bank had failed. It was sold for $585,000 to an investor in a Federal Deposit Insurance Corp. auction in July, Walmsley said. 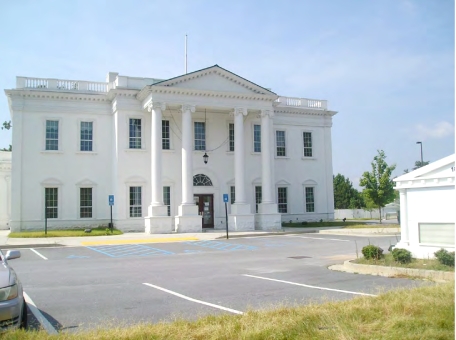 Another White House remake in McLean, Va., however, is being actively marketed. That home’s owner meticulously created a 12,000-square-foot homage to the 55,000-square-foot real thing in 1995.

For $4.25 million (reduced from $4.65 million), the buyer of the McLean house could emulate the nation’s commander in chief in his or her own Oval Office, Lincoln Bedroom, Truman Balcony, and numerous other recreations of the White House’s iconic rooms.

"The owner is a Vietnamese engineer," said the listing agent, Chu Nguyen, of Fairfax Realty in Annandale, who said the White House styling is a "thank you" to the owner’s adoptive country. 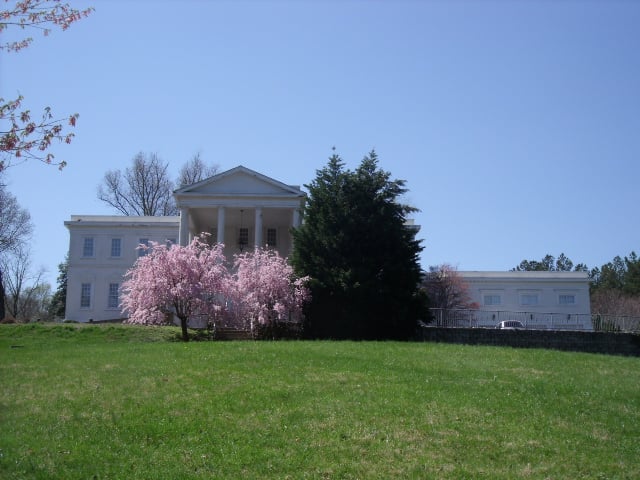 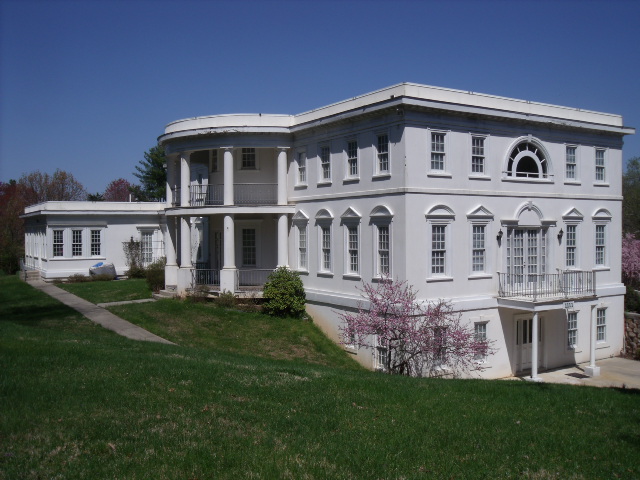 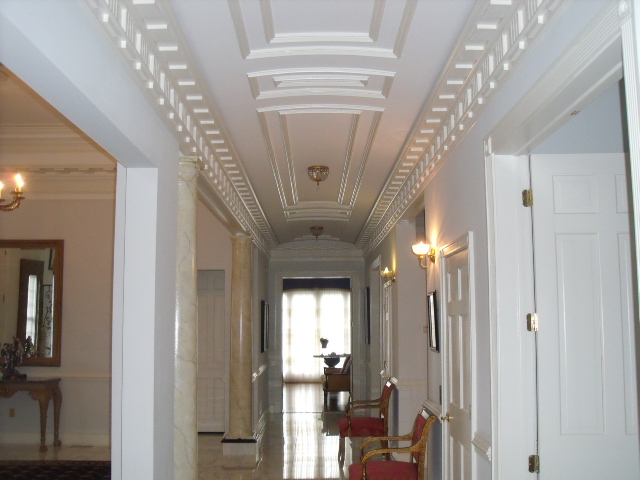 "With the fall of Vietnam, the U.S. took him in, and he became successful in an engineering firm. The house is a tribute to American history and culture. He could have just built a big house, but he wanted to pay tribute to America, and he loved the design and layout of the White House," Nguyen said.

The engineer, who Nguyen described as "publicity-shy," hired an architect to build a home inspired by the original White House floor plans. Nguyen said the design took two years, and the construction required three.

Media attention has rained down upon Nguyen since he got the listing earlier this year, helped along by the agent’s efforts to market it to the famous and very, very moneyed. He said he emailed Donald Trump about the house, though there was no response.

Ditto for his efforts to reach Yuri Milner, the Russian billionaire who earlier this year paid $100 million for a mansion overlooking the San Francisco Bay.

"I emailed him. I said, ‘This house will cost you only 5 percent of that,’ " Nguyen said. "You can come to town to see Obama and stay in your own White House."

Not far away, in Charles County, Md., Gisela Gilbert is trying to find a buyer for a home that bears a strong resemblance to the White House — at least, if you view it from certain angles.

The original house, built in 1905, is a large white-framed country estate. In the 1960s, the owners at the time added a portico that’s strongly reminiscent of the you-know-what.

"Children who accompany their parents to see it, they say, ‘Oh, Mommy, that looks like the White House!’ " Gilbert said. "But the adults don’t comment on that. They’re fascinated with the land. It’s the highest elevation in the (area) and the view is undeveloped all around." 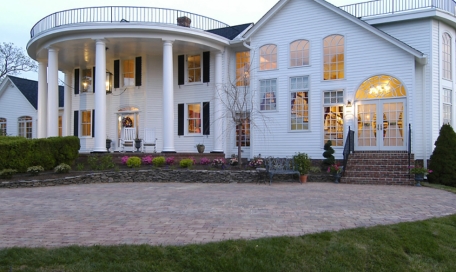 Inside, it’s not much like the White House, though it’s decorated in a very upscale, traditional style. It’s been listed for 18 months, and Gilbert says it’s a tough sale — not because of the White House aspects, but because, at $995,000, it’s significantly pricier than what houses in the area have sold for recently.

Slightly less expensive, at $899,900, is a Chicago variation on the White House theme. It has the distinctive two-story portico and columns, and some of its trim work has federalist touches.

Shaunda Brown, an agent for Bradley Myles Realty, has lived in the house in the Chatham neighborhood on the city’s South Side for six years and listed it for sale in September 2010. 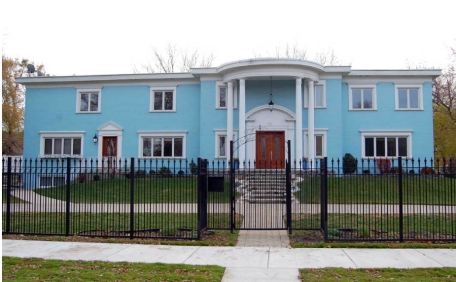 A blue home in Chicago bears some architectural resemblance to the White House. Photo courtesy of Shaunda Brown/Bradley Myles Realty.

"I don’t know why the builder went for that look, but it was built as a copy of the White House," she said of the original owner, who constructed the home in 1966. "It was in poor condition, so I did a complete rehab."

Brown didn’t buy it for the portico, etc., she said.

"I don’t know why they picked blue brick," she said. "I wasn’t truly crazy about that, but I later found out the bricks had been imported from Italy. I do like the pillars."

She said the house’s White House look is both a plus and a minus. For one thing, everybody knows the house. Just recently, she said, she was talking by phone to a help-desk technician who said he was in Kalamazoo, Mich., but had spent time in Chatham in the past.

"He said, ‘I remember there was this huge blue, brick house,’" Brown said.

Although that struck her as funny, she’d prefer the house to be less prominent.

"I’m not crazy about the fact that everybody knows the house and wants to know who you are and what you do (if you live in it)," she said.

But as if the White House vibe weren’t a singular-enough distinction for the house, many people think that somebody famous — and not presidents — used to live there.

"A lot of people think it’s Mahalia Jackson’s house," she said. "But she used to live in the house across the street."