Foreclosure activity nationwide continued to fall in April, though foreclosure-related filings in the 26 states where courts handle the process jumped,

Foreclosure activity nationwide continued to fall in April, though foreclosure-related filings in the 26 states where courts handle the process jumped, according to a report from foreclosure data aggregator RealtyTrac.

One in every 698 U.S. housing units, or a total of 188,780 properties, were subject to a foreclosure-related filing in April, such as a default notice, scheduled auction or bank repossession. That’s down 5 percent from March and 14 percent from April 2011, and the lowest monthly total since July 2007, RealtyTrac said.

"Rising foreclosure activity in many state and local markets in April was masked at the national level by sizable decreases in hard-hit foreclosure states like California, Arizona and Nevada," said Brandon Moore, RealtyTrac’s CEO, in a statement.

"In addition, more distressed loans are being diverted into short sales rather than becoming completed foreclosures," Moore said.

"Our preliminary first-quarter sales data shows that pre-foreclosure sales — typically short sales — are on pace to outnumber sales of bank-owned properties during the quarter in California, Arizona and 10 other states." 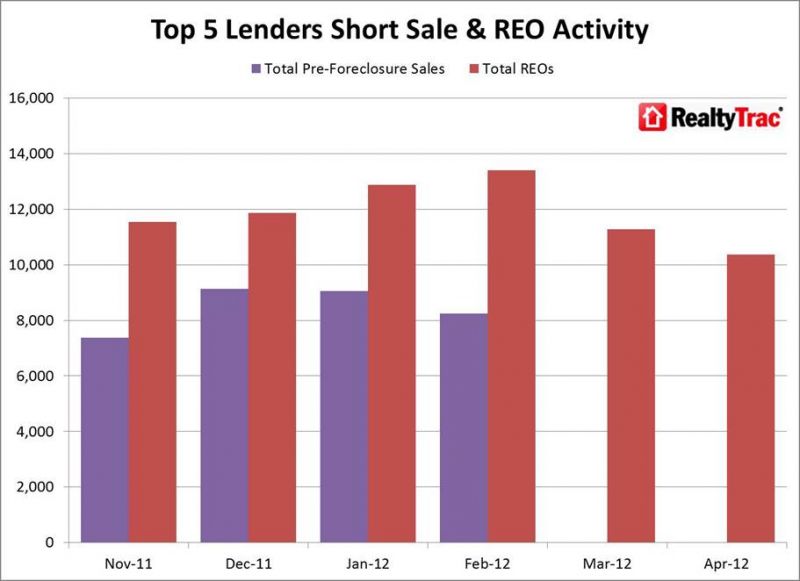 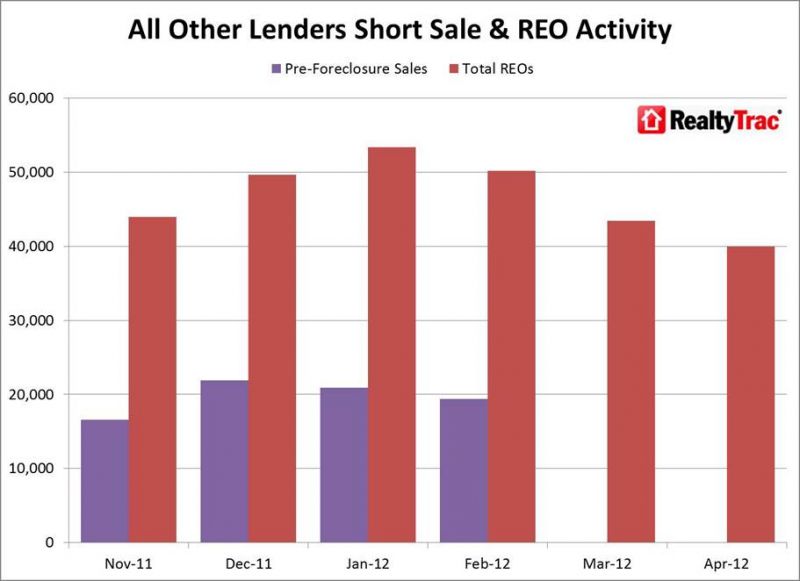 On the heels of the government’s $25 billion settlement with the big five servicers over so-called "robo-signing" practices, some industry observers predicted a rise in short sales because the settlement allows loan servicers to receive credit when they approve sales that include forgiveness of a portion of underwater homeowners’ debt.

Eleven of the nation’s 20 most populous metropolitan areas experienced a year-over-year rise in foreclosure activity in April. All 11 were in the South, Midwest or Northeast. Of the remaining nine metros that saw annual declines in activity, six were in the Western states of California, Arizona or Washington, the report said.