Privately owned housing starts saw a substantial year-over-year jump in May, following an even greater upwardly revised increase in April, according to a

Privately owned housing starts saw a substantial year-over-year jump in May, following an even greater upwardly revised increase in April, according to a report by the U.S. Census Bureau and the Department of Housing and Urban Development. 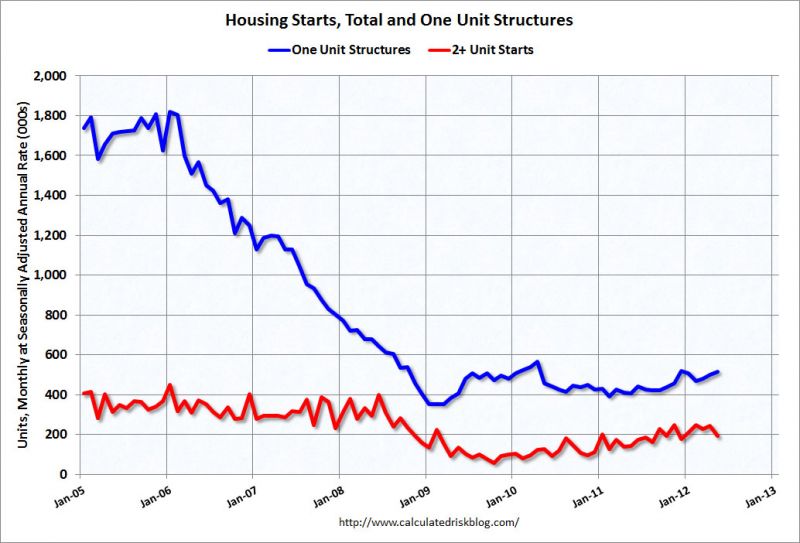 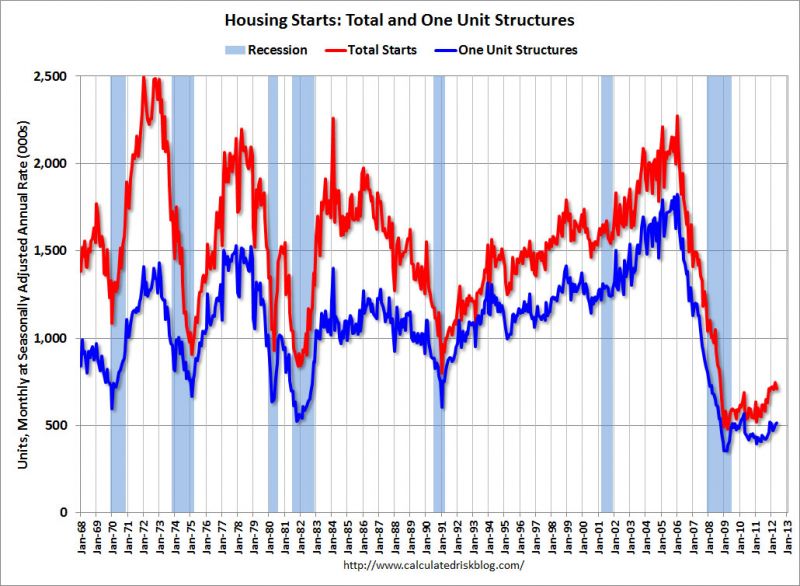 Also in May, homebuilders broke ground on the highest number of new single-family homes so far this year: an estimated 516,000. That’s a 26.2 percent increase in single-family housing starts compared to May 2011 and a 3.2 percent rise compared to April — the third straight monthly increase.

Meanwhile, multifamily housing starts for buildings with five or more units rose 31.6 percent on an annual basis in May, to 179,000.