Multiple listing service (MLS) websites were used by more homebuyers when searching for their home than any other source of online information, including third-party listing sites and mobile apps, according to the National Association of Realtors’ 2012 survey of 8,501 homebuyers and sellers.

Fifty-four percent of the homebuyers who used the Internet (90 percent of respondents) to help them find a home used their local MLS site, according to the survey, conducted in June 2012 and representing the 12 months spanning July 2011 to the end of June. All respondents had purchased a home in that time period. 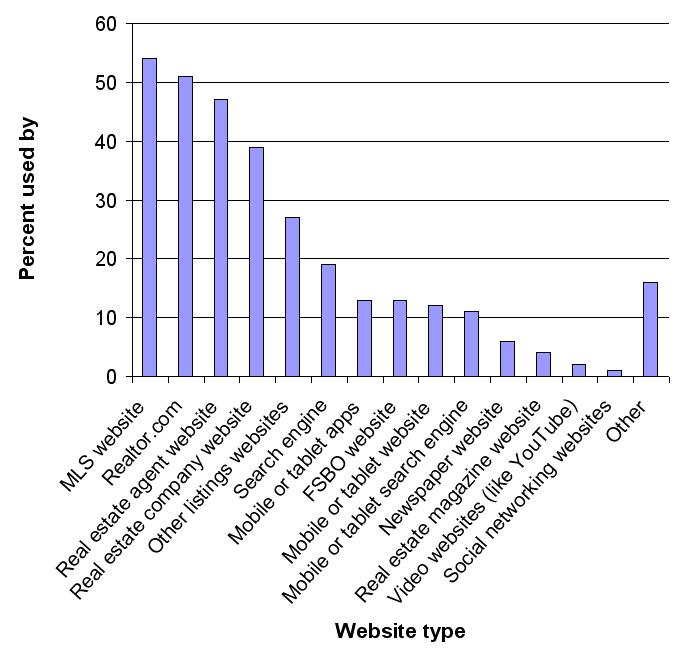 Only 11 percent of buyers who used an agent found their agent on the Internet, the survey showed. The most frequently cited method of finding an agent was through a referral from a friend, neighbor or relative (40 percent). Another 10 percent used an agent they’d previously worked with to buy or sell a home, while 6 percent relied on contact information from a for-sale or open house sign. 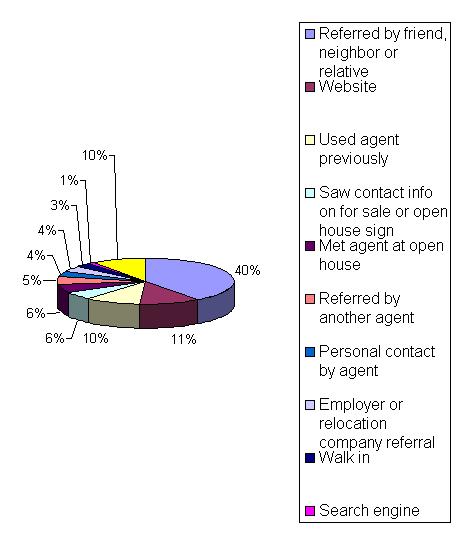 Buyers were most likely to cite helping them find the right property as the service they most wanted from real estate agents (50 percent), followed by help with price negotiations (12 percent), help negotiating terms of sale (12 percent), help identifying comparable properties (8 percent), and help with paperwork (7 percent). Only a few (4 percent) identified advice on how much home they could afford as a most-wanted service, or helping arrange financing (3 percent) or providing information about a neighborhood (2 percent).

What buyers want most from real estate agents 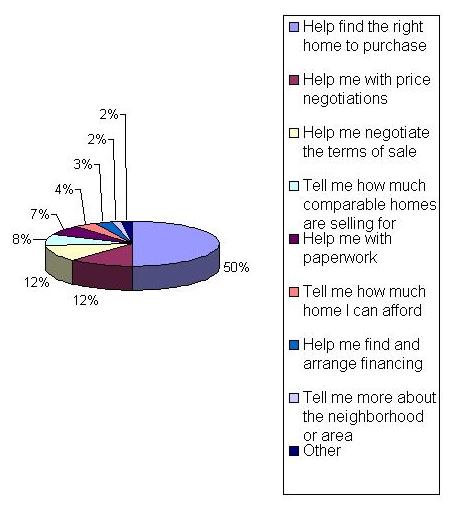 First-time homebuyers represented 39 percent of buyers, up 2 percentage points from last year’s survey. With a median age of 31 and median income of $61,800, first-timers bought homes at a median price of $154,100 at a median size of 1,600 square feet.

First-time homebuyers placed a median down payment of 4 percent down on their homes, compared with 13 percent for repeat buyers. Of those entry-level buyers who financed, 76 percent tapped into savings; 24 percent used a gift from a friend or relative, most often parents; 11 percent used 401(k) funds; 6 percent sold stocks or bonds; and 6 percent the same proportion received a loan from a friend or relative.

Neighborhood quality was the No. 1 factor for neighborhood choice by buyers (61 percent), followed by commute-to-work convenience (43 percent), affordability of homes (39 percent), and proximity to family and friends (35 percent).

The median age for home sellers was 53 with an income of $95,400. Their homes were on the market for an average of 11 weeks and they moved a median distance of 19 miles from the home they sold.

Only 9 percent of sellers said they sold their home without the assistance of an agent ("for sale by owner," or FSBO), down from 14 percent in 2003. And 1 in 3 FSBO sales were to buyers who were previously known to the seller; in 57 percent of those sales, the seller did not actively market their home.

Only 32 percent of FSBO sellers marketed their homes on the Internet. FSBO sellers also used yard signs (48 percent), and marketed to friends, relatives and neighbors (30 percent).

Among sellers who used an agent, nearly all (93 percent) said their agent listed their home on the Internet. While 28 percent said their home was marketed on "nontraditional" websites, only 7 percent said their home was featured on social networking sites like Facebook and Twitter. Traditional marketing techniques remained prevalent, with 79 percent of sellers saying their agent employed yard signs, and 55 percent reporting that their agent held an open house. Other marketing techniques employed by agents included print newspaper ads (27 percent), direct mail (17 percent) and video (14 percent).

Most sellers (65 percent) said they contacted only one agent before selecting one to assist them with the sale of their home, typically relying on a referral by a friend, neighbor or relative (38 percent), or using an agent they’d previously worked with (23 percent).

Most important factor in choosing a listing agent 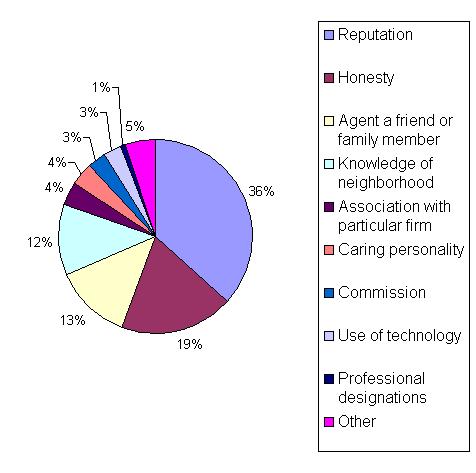 Sellers who sold their home after owning it for nine years realized a 12 percent increase in the value of their home, a median equity gain of $20,000 in that time. Those who owned their homes longer — 11 to 15 years — saw median gains of $54,000, 31 percent above their purchase price.

"We’ve known for some time that stringent mortgage credit standards have been holding back home sales, but these findings show single buyers have been hurt the most over the past two years," said Paul Bishop, NAR’s vice president of research, in a statement.