Hubzu, the online marketplace and auction platform of real estate owned properties (REO), will open up its service for licensed brokers and agents and non-REO properties in early February, the company announced today.

Last fall, Hubzu completed its name change from "GoHoming.com" and announced that it would expand its user base and begin to deal with non-REO properties.

Traditionally, all of the listings on Hubzu — about 4,000 active currently — are lender-owned. Most listings come from another Altisource-held company, Hubzu General Manager Scott Wielar told Inman News last fall.

Hubzu’s new "Direct-to-Broker" channel will allow brokers and agents to list properties, both REO and traditional, on the site for a fee of 1.5 percent of the sales price, plus a tech fee of $299 per transaction.

The site will verify broker and agent licenses of potential users in a one- to two-day clearing process, said Eric Eckardt, vice president of Hubzu’s Direct-to-Broker program.

At the moment, the site features a variety of lender-owned properties, including single-family, one- to four-unit multifamily, townhomes and condominium units, and land parcels, which are sold by auction or traditionally. 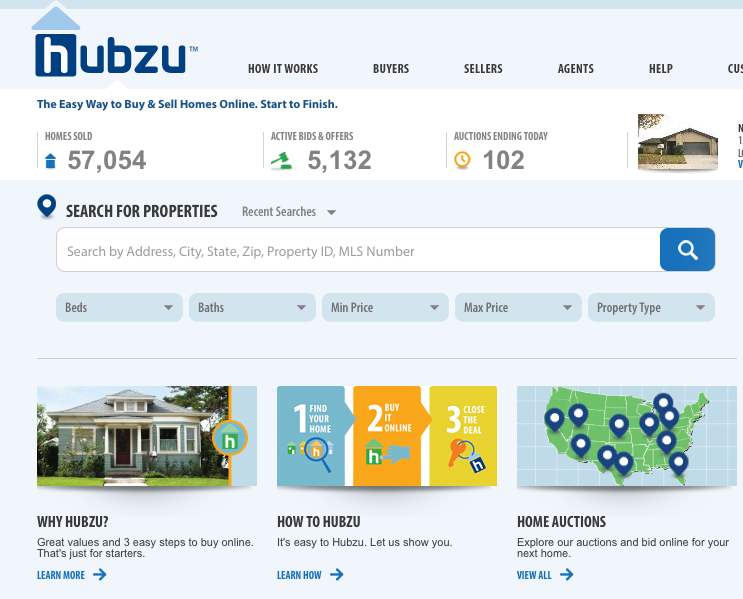 "When we moved to Hubzu, we moved away from (being solely focused on) REO," Wielar said of the changes announced today. Listings will be clearly delineated between REO-owned and traditional on the site, he said.

Hubzu also considered handling listings from property owners, but has decided to open up its platform only to real estate pros for right now, Wielar said.

Currently, 125,000 of the site’s 285,000 total registered users are licensed brokers and agents, Wielar said. They have not been able to list properties on the site, but that changes in February.

Each property on the site, which has facilitated the sale of 30,000 properties in the last 12 months, receives an average of nine bids, Wielar said. Properties can also sell without bidding. If they are listed with an "own it now" price, a buyer can move a sale forward if they like the price, short circuiting the bidding.

The auctions are timed. To prevent "auction sniping" — where a bidder waits to enter a bid just as the auction time runs out — 15 minutes are automatically added to the auction when the time is nearly up to maximize bidding.

Buyers traditionally have been the revenue engine of the site. No fees are charged to buyers until a sale. Buyers pay a flat technology fee of $299 and a "buyer’s premium" that ranges from $625 to 5 percent of the property’s value.