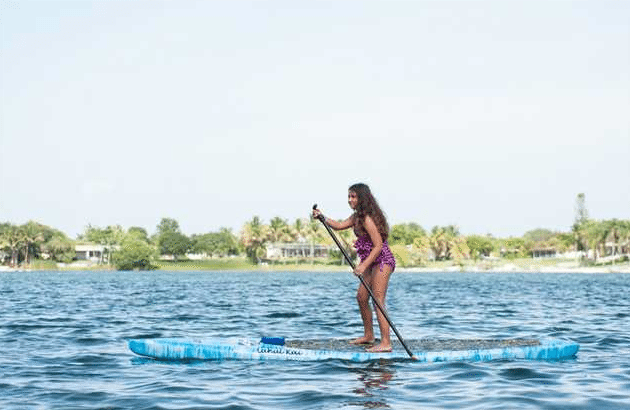 When it comes to marketing, sometimes your kids are your best asset, says Jay Zwelling (@BrokerJayZ), an agent at ShowcaseMiami Realty, passing on a bit of wisdom imparted to him by his broker.

Zwelling recently wove adorable pictures of his daughter into the photo gallery of one of his listings on the local multiple listing service. Featuring his daughter cruising on a stand-up paddleboard, the photos showcased the home’s lake, drawing attention to what Zwelling said is the home’s best feature.

The stunt paid off.

“You see a photo of a kid on a paddleboard in a purple bathing suit on the water  — it’s kind of different,” Zwelling said. “People remember that, and I tell them that’s my daughter.”

The images made such a strong impression on one potential buyer that she has actually made one of them her screensaver, according to Zwelling.

They also helped him smooth over a concern buyers sometimes  have about Florida lakes.

“She was asking, ‘How safe is the lake because I’m worried about alligators?’ ” Zwelling said. “I said, ‘Well … I put my own daughter on the lake.’ ”

I asked Zwelling if he was concerned that he might be perceived as a ruthless capitalist who cultivates a family-man image — much like the fictional oil tycoon of  “There Will be Blood,” Paul Dano (played by Daniel Day Lewis) — for material gain.

“Yeah, that’s exactly what I do,” Zwelling joked.

“No, this one came out organically — this really wasn’t deliberate.”

Thanks to that, Zwelling recently learned that the happy-go-lucky ice cream business was touring through his town in a company-branded ice cream truck.

Acting on a tweet by Ben & Jerry’s offering to touch down the truck at local town events, Zwelling fired off a response inviting the company to deploy the vehicle at an open house he hosted this past Sunday.

Unfortunately, Zwelling said, the truck had run out of ice cream by the time he contacted Ben & Jerry’s, sinking his hopes of implementing a marketing concept that won him Inman News’ latest #madREskillz contest.

Luckily, he had the equally creative marketing tactic to share with us.