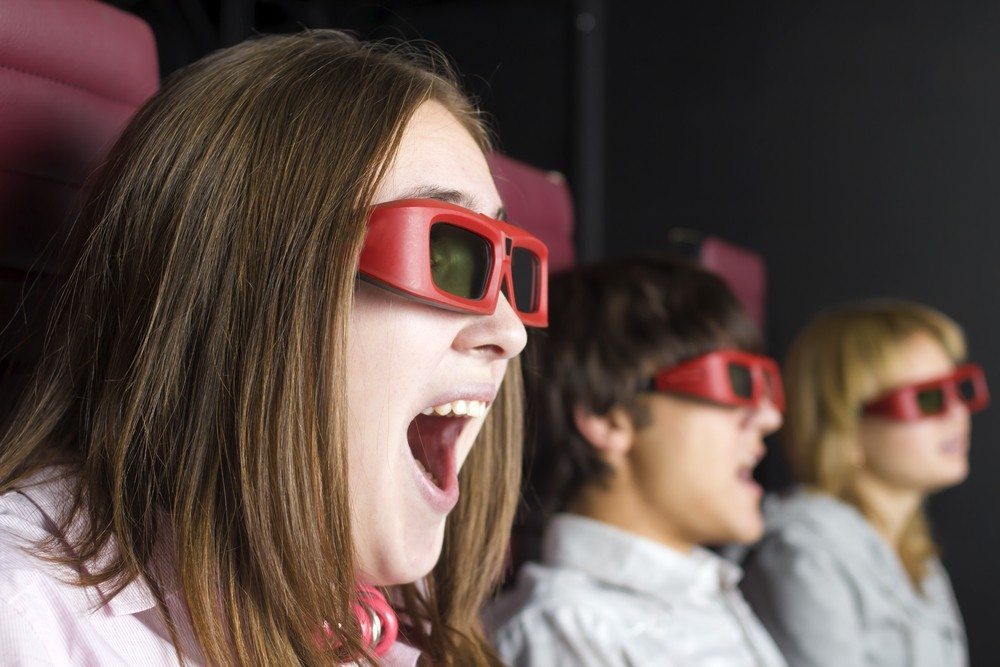 A few weeks ago, I took my daughter to a sneak preview of Disney’s new animated feature film, “Frozen.”

Over the last 12 months, she and I have discussed in excruciating detail the alternating merits of Ariel, Rapunzel, Merida and the rest of the great Princess pantheon. I thought taking her to the movie might just give us some new conversation fodder.

So we bundled up in our scarves, gloves and jackets, and headed for the movieplex, off to my 3-year-old daughter’s first big-screen adventure.

As we settled into our stadium seats, we ripped open plastic pouches and put our glasses on. “Frozen,” like many new features these days, was produced entirely in 3-D.

The movie was enjoyable enough. Funny at times, moving in other places. But what really got my attention was the short film that played before the feature. It was an 85th anniversary tribute to Mickey Mouse that skillfully and hilariously played with and broke down the “walls” between dimensions.

It reminded me of the demo we got of Floored while at Realogy’s FWD event last summer.

Floored aims to create hyper-realistic three-dimensional models of properties for sale. Its software allows you to explore a space — to get right inside it — and experience for yourself how the property actually feels.

The experience becomes truly immersive paired with a set of Oculus Rift 3-D goggles. And more than a little disorienting.

Then this week, I read about the new version of Microsoft’s Photosynth technology, which stitches together a series of photographs, creates a rough 3-D model of the points in the photo, and outputs a close-to-perfect rendering of the object.

The result, while a bit rough-hewn, is still technically impressive:

I think it’s fair to say that 2013 may have been the year that video in real estate finally tipped. When I talk to agents and brokerages, they no longer question why they need a video when marketing a property.

Indeed, some brokerages, like M Realty here in Portland, have gone as far as creating entire in-house video production departments.

And while I applaud their efforts (it’s about time!), I still think we’re only halfway there.

As an industry, we must always strive to do a better job of representing physical properties in the digital realm. A couple of crappy photos and some boilerplate words don’t, and have never, cut it.

Let’s continue to push the boundaries of what’s possible.

Technologies like Floored, Photosynth or movies like “Frozen” show us that a truly virtual reality, whether presented on-screen as entertainment or as experienced when marketing real estate, is no longer the stuff of science fiction.

And the real estate buyers of tomorrow — those like my daughter, whose first impressions of major media are these mind-blowing 3-D environments like “Frozen” — will only come to expect it.