Higher mortgage rates, constrained inventories and tight credit slowed the pace of existing-home sales for the third month in a row in November, producing the first annual decline in sales in more than two years, the National Association of Realtors (NAR) reported today.

Existing-home sales dropped 4.3 percent from October to November, to a seasonally adjusted annual rate of 4.9 million, and were down 1.2 percent from a year ago, marking the first time in 29 months that sales were below year-ago levels.

“There is a pent-up demand for both rental and owner-occupied housing as household formation will inevitably burst out, but the bottleneck is in limited housing supply, due to the slow recovery in new-home construction,” said NAR Chief Economist Lawrence Yun in a statement.

Rents are rising at the fastest pace in five years, Yun said, and annual home prices are rising at the highest rate in eight years. The spike in mortgage rates that occurred in late spring of this year has hampered home sales over the last few months, Yun and others say.

Members of the Federal Reserve’s Open Market Committee announced Wednesday that the Fed will finally begin to reduce its $85 billion-a-month purchases of Treasurys and mortgage-backed securities in January. The news did not immediately drive up mortgage rates, but a Fed pullback is still expected to nudge them up further.

If interest rates rise, that could further crimp existing-home sales. Market indicators suggest they are likely to decrease for at least another month. NAR’s Pending Home Sales Index — a forward-looking indicator of sales — dropped for the fifth straight month in October. Purchase loan applications recently hit a one-year low.

Despite declining home sales, the outlook for the housing recovery is by no means bleak. Other market barometers point towards improvement. Single-family housing starts jumped to their highest level in well over five years in November, increasing 20.8 percent month over month and 26 percent year over year, the U.S. Census Bureau reported.

The uptick in construction could alleviate an inventory shortage that many analysts say has constrained demand, perhaps boding well for home sales in the long term. Meanwhile, sales of new single-family homes skyrocketed in October, ending a three-month slump that began in July and providing evidence that elevated mortgage rates have not seriously hobbled the housing recovery, research firm Capital Economics said.

While the number of existing homes for sale at the end of November slipped 0.9 percent to 2.09 million, the amount of time it would take for those homes to clear at the current sales pace increased to 5.1 months, up from 4.9 months in October and 4.8 months a year ago, NAR reported.

The median price of an existing single-family home slid 0.6 percent from October to November, to $196,300, but was up 9.4 percent from a year ago. Elevated home prices have begun to chip away at buying power, analysts including Yun say.

But the price appreciation has also freed millions from the shackles of negative equity, making it possible for them to sell their homes without having to resort to a short sale. Zillow said that by 2014 U.S. homes will have recovered 44 percent of the total value they lost from 2007 to 2011. 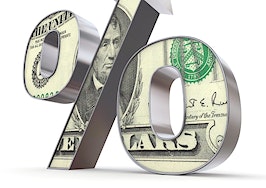 Investors unfazed by Fed's plan to begin 'modest' tapering in January
Back to top
Inman Connect Las Vegas Memorial Day sale – 44% off exclusively for Select subscribers!Register Now To Save×
Limited Time Offer: Get 1 year of Inman Select for $199SUBSCRIBE×
Inmanpot
Log in
If you created your account with Google or Facebook
Don't have an account?
Create an Account
Forgot your password?
No Problem