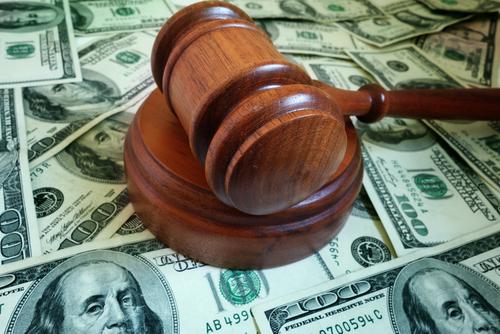 Editor’s note: This is the first of a two-part series. See Part 2.

Have you ever been caught in the crossfire of litigation? When I first started in the business I had a run of bad luck that I wouldn’t wish on anyone. If you have ever wondered why being paranoid about doing things right matters is a smart move, read on.

You’re responsible for that special assessment

My first brush with a small claims real estate lawsuit came when I sold the first property I had ever purchased. It was a two-story townhouse and the building was about 10 years old. The buyer was an attorney.

About four months after we closed, the buyer showed up at my 8 a.m. Psychology 1 class to serve me with a small claims action. His complaint: The homeowners association (HOA) charged each homeowner a $2,000 special assessment for a new roof. He thought I should pay for it because I should have known that the roof was leaking in the other units.

Like most HOAs, there was only one meeting per year. There was nothing in the minutes from the HOA at the time we closed indicating there was a roof problem.

The roof problem came to light in the annual meeting after our transaction closed. It was at this meeting that the HOA voted to create a special assessment to cover the repairs. In fact, the attorney even voted for the special assessment!

When we got to small claims court, the judge ruled in my favor. He was particularly miffed at the attorney buyer, especially when he learned that that attorney had voted for the special assessment.

One of my good friends was taking some much needed time off to see her family who lived out of state. I agreed to cover her business for her the week she was away. One set of her buyers was a young family with two young daughters looking for a home near UCLA.

My friend had shown them over 60 houses. Of course, the perfect new listing came on the market the day I took them out. The home was an immaculate condition and was beautifully decorated. The seller was a sweet 78-year-old widow whose husband had been a professor of medicine at UCLA. They had lived in the home for over 30 years. The listing agent was the seller’s sister-in-law.

The living room had a fireplace. On the opposite side of the wall with the living room fireplace, there was a hall leading to three of the upstairs bedrooms. The wallpaper on that side was covered with indentures from the 18th century. “Indentures” were agreements where an individual pledged to work for seven years in exchange for his passage to America. The widow told us how the important the indentures were historically. She also requested that the buyers leave them on the wall rather than remove them.

The seller and the young buyers hit it off so well that the seller generously offered to leave the two twin beds downstairs for the couple’s two daughters.

The physical inspection noted only a few minor repairs. The property closed and everyone was happy.

Two days after closing I received a call from the buyer and he was furious. The buyers had stripped the indentures from the wall. They discovered a 2-inch-wide crack around the fireplace that ran from the floor to the ceiling on both sides.

Moreover, when the buyers attempted to move the beds, the buyer discovered that the beds were bolted to the wall. Upon further investigation, the buyers found a false wall had been constructed to disguise a major gap between the foundation and the original wall.

In an attempt to work things out, we arranged a meeting with our buyers, our manager, the listing agent and her broker. The sellers had not only failed to disclose these various serious issues, they had actively hidden them. The listing agent’s broker was a huge jerk who advised our buyers, “Go ahead and sue; it will take you five years to get to court!”

Our buyers did exactly that, but they did not name anyone at our company. The listing broker was so irate over that fact that he crossed-complained against our firm to see if it could reduce the exposure for his company. That one good deed for my friend cost me the $4,000 deductible on my errors and omissions insurance that year.

After three years of litigation, numerous depositions and tens of thousands of dollars in attorneys fees, the case settled out of court.

Pardon me, but do you speak digital?
Back to top
Refer friends to Select and get $200 in credit.Learn More×
Connect Now is just days away. Don't miss out.Reserve your seat today.×
Inmanpot