Zillow, Trulia and realtor.com captured more than a third of all visits to real estate sites from desktop computers in April for the first time.

As it has for the last few months, Zillow came in at No. 1 by a wide margin, capturing 17.39 percent of desktop traffic in April, nearly twice the desktop traffic of Trulia and more than twice that of realtor.com.

The growth in traffic coincides with massive consumer marketing campaigns the firms have recently rolled out. Zillow got a head start with a $40 million campaign last year and followed it up this year with a $65 million push. In March, Trulia launched a $45 million national marketing campaign, its first. Realtor.com operator Move Inc. also launched a national campaign this year, as well as a joint marketing campaign with the National Association of Realtors that is expected to boost traffic and awareness of the site.

If sites the big three own or have significant relationships with are counted, the companies’ collective Web market share jumps to 45 percent.

The sites in Zillow’s network include Zillow.com, Yahoo Homes — the fourth most popular site in April and which Zillow supplies with for-sale and for-rent listings under an agreement that dates back to 2011 — and HotPads.com, the popular rental site Zillow acquired in November 2012.

Trulia’s network of sites includes Trulia.com and those sites owned by RentPath Inc. (formerly Primedia) including apartmentguide.com and rent.com. Under an agreement forged in November 2012, Trulia receives all of its multifamily listings from RentPath and sells display advertising and media products on the firm’s behalf.

Overall desktop traffic to real estate sites totaled 360 million visits in April. That’s a drop of 19.3 percent from April 2013, a dip that could be attributable to the growing prevalence of mobile access among real estate site visitors. Zillow, for example, reports that more than 60 percent of the traffic coming to its site is now from mobile devices.

Movoto, a real estate brokerage and referral site with a model similar to Redfin’s, became one of the top 10 most popular real estate sites for the first time in April.

Founded in 2005, Movoto — the eighth most popular real estate site from desktop computers in April — was acquired by Japanese global human resources giant Recruit Holdings Company Ltd. last fall and has slowly grown its Web presence since, attracting 1.44 percent of desktop Web traffic in April, up from 1.04 percent in March and 1.01 percent in February.

“We think we can be the No. 1 online real estate service in the U.S.,” Recruit’s manager for U.S. operations Shiro Takeuchi told Inman News in February. Recruit operates SUUMO, a massive real estate portal in Japan that pulls in approximately $700 million in annual revenue.

Movoto, which has brokerage licenses in 37 U.S. states, appears to operate as a “paper brokerage” in at least some of the markets it does business. Movoto has a stable of “partner agents” it refers business to in exchange for a referral fee of 25 to 35 percent. It also has in-house agents.

Companies that join a multiple listing service to obtain access to its Internet Data Exchange listing feed, without demonstrably providing brokerage services by representing a buyer or a seller in a transaction, are sometimes described as paper brokerages.

Movoto’s founder and CEO Henry Shao says his firm is not a paper brokerage and that it maintains in-house agents in each market it does business.

However, in some markets the San Mateo, California-based firm doesn’t appear to have agents. In Austin, Texas, for example, Movoto surfaces 28 agents on its find-an-agent tool. None of them are labeled as Movoto agents. A search for agents on Movoto in Charlotte, North Carolina, yielded similar results: None of the 47 agents in that market were labeled as Movoto agents.

Redfin, which operates as a brokerage and referral site in 23 markets and operates exclusively as a referral site — and possibly as a “paper brokerage” — in at least three others, appears to operate similarly.

In Las Vegas, for example, Redfin had an IDX feed from the Greater Las Vegas Association of Realtors going back to 2010. It had been using that feed to refer business to its “partner agents” in the area until announcing it had put its own agents on the ground in late April. 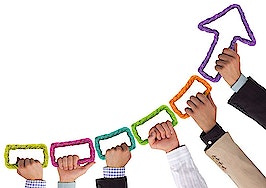 ComScore data shows growing importance of mobile in real estate search
Back to top
Keep up-to-date on tools and tactics to impress your clients and outshine your competition with the 2022 virtual bundle.Register Now×
Agent Appreciation Sale: Inman Select for only $85.CLAIM OFFER×
Inmanpot
Log in
If you created your account with Google or Facebook
Don't have an account?
Create an Account
Forgot your password?
No Problem