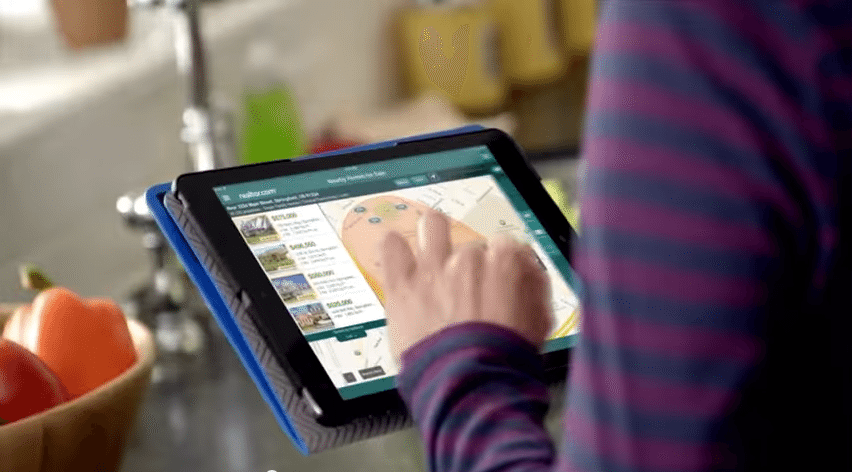 The National Association of Realtors has launched a $35 million national consumer marketing campaign that will promote both Realtors and NAR’s official consumer website, realtor.com.

The new 30-second TV spot features consumers touting the accuracy of realtor.com, the portal’s mobile app and the advantage of using a Realtor. It ends with the voice-over tagline, “Realtor.com and Realtors. Together, we make home happen.”

In addition to the marketing campaign, NAR is also embarking on a “comprehensive” public relations effort, “Real Insight,” that will showcase the value of having local knowledge and accurate information in the homebuying and selling process.

“This effort is critically important for our industry as we unite under a common goal of providing the most accurate market data available online along with the deep local knowledge and Realtor expertise that buyers and sellers need to make their real estate dreams a reality,” said NAR President Steve Brown in a statement.

The boost from NAR’s campaign kicks up the value of realtor.com operator Move Inc.’s national exposure in 2014 to approximately $50 million, near what its competitors Zillow and Trulia are set to spend this year, estimates Mitch Bartlett, who covers Move as an analyst with Craig-Hallum Capital Group.

Bartlett estimates that Move is spending approximately $25 million this year on its “Accuracy Matters” campaign, which touts the freshness, accuracy and comprehensiveness of the portal’s listing database.

Zillow launched a new TV ad and the radio and print components of its $65 million marketing campaign in May and Trulia stepped to the national consumer marketing stage for the first time with a $45 million campaign targeting college-educated women between the ages of 25 and 44 in March.

In April, Ian Corydon, a senior analyst and director of research at investment bank B. Riley & Co., concluded that the investor community did not fully appreciate the benefits that the joint marketing campaign will produce for realtor.com and Move.

With the joint campaign, NAR is going all in with its official consumer website, which has fallen behind Zillow and Trulia in terms of popularity among consumers. Once the leader in the space, realtor.com lost the No. 1 spot to Zillow in 2012 and now sits at No. 3 behind both Zillow and Trulia.

In May, Zillow attracted 44.2 million unique visitors to its site, Trulia brought 26.4 million and realtor.com saw 22.2 million, according to comScore data.

NAR’s “Real People” campaign marks the first time that the large trade group and Move have coordinated their advertising so tightly together. Move operates realtor.com under an agreement that dates back to 1996.

“This commitment leverages both campaigns to help consumers understand the combined advantage of using realtor.com while working with a Realtor,” Move CEO Steve Berkowitz said in a statement.