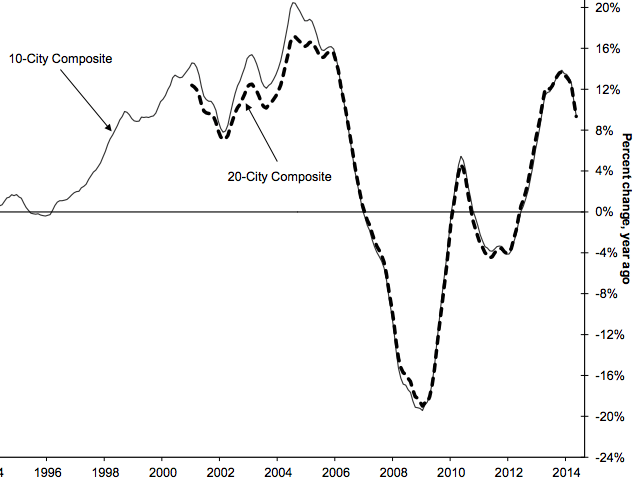 Yearly growth in U.S. home prices continued to slow in May, but still remained well above average.

The S&P/Case Shiller 20-City Composite Index showed prices rising 9.3 percent year over year in May, down from 10.8 percent in April. Annual price gains slowed in May for all cities tracked by the index besides Charlotte and Tampa.

Still, prices climbed 1.1 percent month over month in May, with all 20 cities posting monthly increases for the second straight month.

Tampa registered the highest monthly price gain (1.8 percent), followed by San Francisco (1.6 percent) and Chicago (1.5 percent). Phoenix and San Diego were the only cities to show monthly increases of less than 1 percent in May, with gains of 0.4 percent and 0.5 percent, respectively.

The picture changes when adjusting for seasonal factors.

After factoring in the spring’s typical influence on home prices, prices decreased 0.3 percent month over month in May, with only six out of 20 cities showing gains.

Home to seven of the top eight cities showing the most annual price growth, the Sun Belt continued to lead price gains.

Expanding home inventory has helped cool home prices in recent months. Economists generally view the trend as favorable because it will keep prices from rising too quickly, which hurts affordability and reduces buyers’ options. 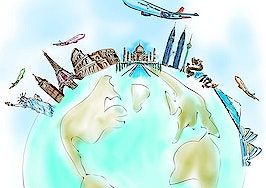 Pace of existing-home sales picks up from May to June 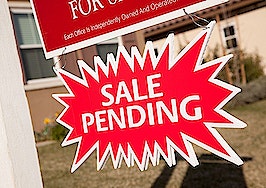 Pending home sales ease slightly but still above average
Back to top
Only 3 days left to register for Inman Connect Las Vegas before prices go up! Don't miss the premier event for real estate pros.Register Now ×
Limited Time Offer: Get 1 year of Inman Select for $199SUBSCRIBE×
Inmanpot
Log in
If you created your account with Google or Facebook
Don't have an account?
Create an Account
Forgot your password?
No Problem