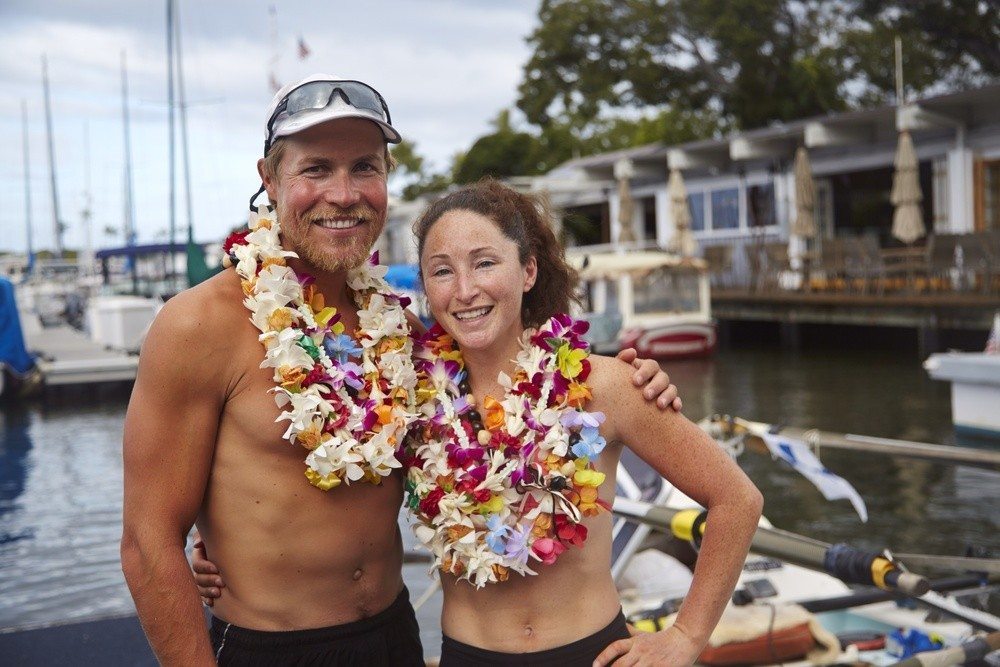 Trulia co-founder Sami Inkinen and his wife, Meredith Loring, have landed in Honolulu, marriage intact, after rowing up to 20 hours a day to complete a 45-day journey from San Francisco in world record time (for a mixed couple) and raising more than $200,000 to heighten awareness of the health risks associated with sugar and processed carbohydrates.

“Divorce papers are untouched in a waterproof container and Divorce-o-meter at zero at the bottom of the Pacific Ocean,” Inkinen wrote on the blog chronicling the couple’s journey, fatchancerow.org.

Inkinen said he and Loring did two of their fastest days at the end, rowing 80 miles each day, beating their goal of completing the trip in 60 days by two weeks.

Inkinen and Loring each spent up to 20 hours a day rowing. Photo: fatchancerow.org.

Inkinen said he “barely slept at all” in the last 24 hours of the journey, during which he lost 26 pounds. He still feels a little wobbly walking and “can barely walk up stairs.”

The biggest shock on making landfall was that there were “too many people everywhere … I need my own space please!”

The grueling adventure raised money for a cause, with all donations going to the Institute for Responsible Nutrition, which the couple say “is championing global metabolic health by improving the human diet through education, research, advocacy and action under the leadership of University of California, San Francisco professor Dr. Robert Lustig.”

Inkinen, a native of Finland, has been a competitive triathlete. After stepping down as Trulia’s president in March 2012, he remained on the board of directors.

Inkinen cashed in on stock worth $3.56 million the day of Trulia’s initial public offering in September 2012. He held onto shares worth nearly $50 million at the time.

Since he was at sea most of the time they were ongoing, Inkinen wasn’t part of the recent merger talks with Zillow that resulted in an agreement that’s expected to culminate in Zillow acquiring the company Inkinen helped found nine years ago.

Trulia co-founder Sami Inkinen, wife will row 2,400 miles to Hawaii for a cause

Trulia co-founder is in a rowboat 2,000 miles off the California coast