One of the largest brokerages in the nation has created a tool that instantly generates a home value estimate for consumers and offers to verify or update that estimate with the help of a real estate agent.

Two years in the making, Shelton, Connecticut-based William Raveis Real Estate, Mortgage & Insurance has rolled out “RAVestimate,” a system that will produce an estimated property value for homes in every Northeastern state except Pennsylvania.

The firm is the eighth-largest real estate brokerage in the nation by 2013 sales volume, according to Real Trends. William Raveis has 3,500 agents and brokers in 108 offices in Connecticut, Massachusetts, New York, Rhode Island, New Hampshire, New Jersey, Maine and Vermont.

William Raveis, the firm’s chairman and CEO, said the tool was an answer to competition from national portals, including Zillow, Trulia and realtor.com.

“We’ve had competition from our national sites and what we’re doing is answering that competition with our own version and actually upping the game a bit and becoming more accurate,” he said.

“We believe our information is more accurate than theirs. We worked … real hard to make sure that was the case,” he added.

Most of the valuation tools offered by portals “are really way off” and have therefore gotten consumers “pretty upset” about the valuation of their homes, Raveis said. Zillow’s median error in the top areas it covers ranges from 5.1 percent to 11.1 percent with a 7 percent error rate nationally, according to its website.

On a state-by-state basis, Trulia’s median error rate ranges from 7.2 percent in Nebraska to 17.1 percent in Rhode Island with a 12.5 percent national rate, according to Trulia. Realtor.com offers estimated values from third-party vendors SmartZip, DataQuick and eppraisal.com.

The RAVestimate uses MLS data, the brokerage’s own listing data, and public records for every single-family home, condominium and apartment in every town in the eight states where it operates, the firm said.

“We did the ‘Shake ‘n Bake’ thing. We took public records and MLS records and made it ours,” Raveis said. The company partnered with a technology company to create RAVestimate, but Raveis declined to disclose the company’s name. “We took (a) basic foundation and we basically made it ours. That’s all I could say,” he said.

He declined to say whether the company was Collateral Analytics, a firm associated with The Realty Alliance, a network of 60 or so of the largest brokerages in the nation, one of them William Raveis. The Realty Alliance has created a program through which both member and nonmember brokers can license proprietary software from Collateral Analytics to create AVMs and other real estate market analyses.

A note on the William Raveis site says RAVestimate is “Powered by the same technology used by lenders nationwide!”

What differentiates RAVestimate from the estimates offered by portals and from the free home valuations ubiquitous in the industry is that William Raveis offers not only the AVM, but also a visit from an agent to make the home valuation more accurate, Raveis said.

“It’s very unique in today’s marketplace. We have married the valuation with the knowledge of the real estate agent,” he said.

“The Zestimate has a bad reputation in terms of its valuation. And we wanted to make sure we didn’t get that reputation, even though it’s information which everybody likes,” he said.

When consumers enter an address on the firm’s website, they receive an estimated property value and an estimate range about 20 percent above and below that value. Consumers can also see property details, sales history, value history, comparable sales, a local market snapshot, and sold market trends. 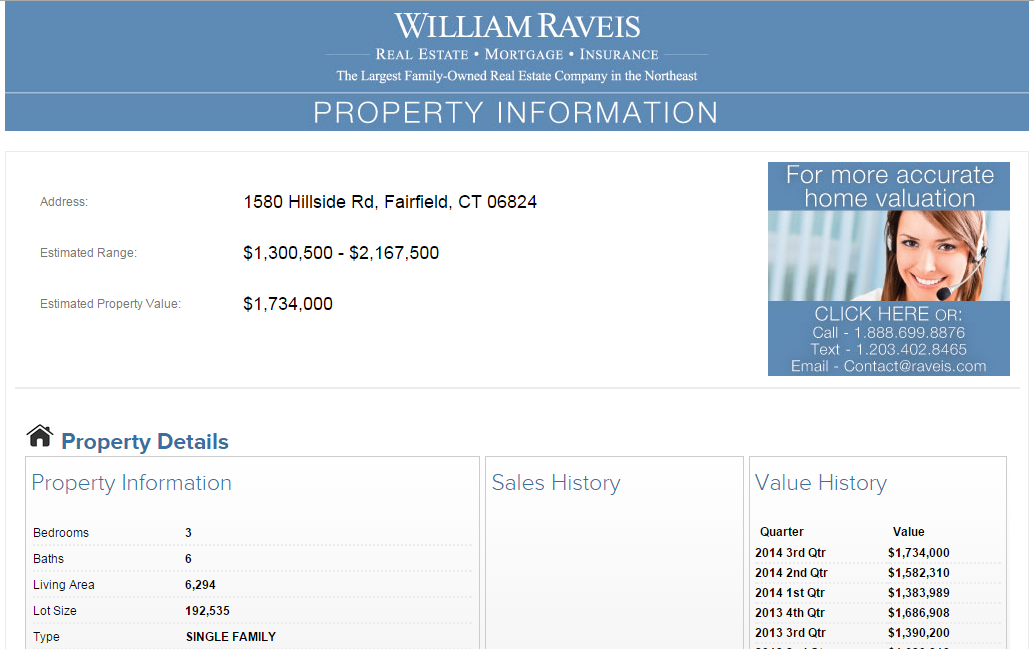 They can click on a button for a “more accurate home valuation” that takes them to a lead form where they enter their name, address, phone number, and whether they’re planning to sell. They can also receive immediate online assistance through live chat.

The tool has been up less than a week, but the firm hopes it will generate leads for its agents.

“We’ve spent a lot of time looking at what tool we could create to both make our agents more competitive in the marketplace and provide consumers with a more robust experience. Adding RAVestimate to our website accomplishes both,” Raveis said in a statement.

The firm will start a media campaign to promote the new tool to agents and consumers on Jan. 1. 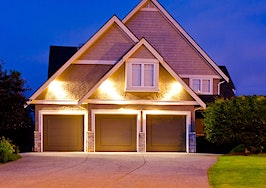 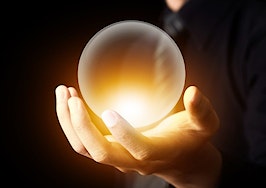 Zillow's 'Zestimate forecasts' try to predict future value of individual homes
Back to top
Only 3 days left to register for Inman Connect Las Vegas before prices go up! Don't miss the premier event for real estate pros.Register Now ×
Limited Time Offer: Get 1 year of Inman Select for $199SUBSCRIBE×
Inmanpot
Log in
If you created your account with Google or Facebook
Don't have an account?
Create an Account
Forgot your password?
No Problem