by Phillip Woolgar
You successfully shared the article.
Close

Interest in a career in real estate sales continues to rebound in nearly every state in the union, but not everyone who wants in on the action is able to obtain their license right off the bat.

Not a huge deal, since anyone who fails the 100-question multiple choice test can take it again as often as they like for two years. But those taking the test for a second time failed 66 percent of the time, the newspaper reports.

Some seem to be tripped up by math questions. But somewhat surprisingly, students who take online classes to prepare for the test do better than those who attend classes in person. 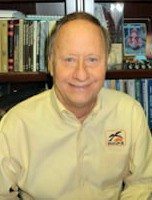 Frank Cooke, whose St. Petersburg, Florida-based Cooke Real Estate School offers online instruction, tells the Times that online students “have to actually do their quizzes and work through the material and can’t just sit in class and go to sleep.”

Cooke says that in the not-so-distant past, 70 percent of applicants passed the license test. He’s not sure why the pass rate has fallen so drastically, given that the test hasn’t really changed.

Despite the high failure rate, more than 24,000 people passed Florida’s licensing test last year, up 36 percent from the year, to produce the state’s biggest crop of new agents since 2009.

At the national level, membership in the National Association of Realtors grew 5.5 percent in 2014, to 1.1 million. Rhode Island and Vermont were the only states where Realtor membership declined in 2014.

Although not all real estate brokers and agents are NAR members, the association’s membership numbers are a good indicator of trends. Among the 10 states with the largest NAR membership, Florida posted the most rapid growth, while NAR membership in Illinois grew at the slowest rate.