Mobile Realty Apps, developer of mobile apps for multiple listing services, brokerages and franchisors, has raised $1.8 million and rebranded as HomeSpotter, the name of its popular augmented reality feature.

The 27-employee firm, whose clients include the nation’s largest MLS, California Regional MLS, and large brokerages Edina Realty and Long Realty, will use the new funding to bring on new developers and beef up its framework, HomeSpotter founder and CEO Aaron Kardell told Inman. 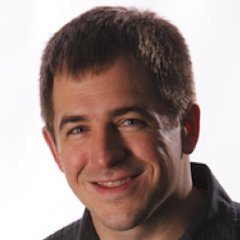 Kardell said the Minneapolis-St. Paul, Minnesota-based firm decided to rebrand because it wanted to capitalize on the the traction the augmented reality mobile app feature has gained in the industry. The HomeSpotter tool overlays active and sold listing information on images seen through a device’s live camera feed. HomeSpotter helped Mobile Realty Apps garner an Inman Innovator Award for “most innovative real estate startup” in 2012.

HomeSpotter, which currently has 20 MLS clients, is among a group of a growing number of mobile app developers competing to provide mobile apps to MLSs.

A HomeSpotter competitor, Homesnap, which went through a rebrand itself in 2013 to align itself with its popular augmented reality feature, began offering up its app free to MLSs for a year in July.

HomeSpotter’s MLS-focused app, HomeSpotter for MLS, gives MLS members the ability to access listings through the app, and if they upgrade to the premium version, to edit their listings.

HomeSpotter’s broker- and franchisor-tailored app, HomeSpotter Signature, is directed more to consumers, Kardell said. It gives brokers and franchisors the ability to hand out branded apps to clients and add on additional features like integrations with their customer relationship management platform and enhanced branding.