More than 15,000 Realtors in Illinois are set to receive client reviews that they can use to improve their performance and burnish their online reputations, the Mainstreet Organization of Realtors announced today.

Downers Grove-based MORe, which serves the Chicago suburbs, is partnering with RealSatisfied, an agent review platform that sends customer satisfaction surveys to homebuyers and sellers after a deal closes.

“Agents need to know what they did well during transactions, what could be improved and how to manage their online reputations,” said MORe CEO Pam Krieter in a statement. “RealSatisfied allows our members to do all of that.”

Survey responses collected by RealSatisfied from clients who indicate they are happy with an agent’s performance are asked for a testimonial.

Agents have the option of syndicating testimonials to third-party sites such as Facebook, Twitter and realtor.com, as well as posting them to their own websites. Agents can also have their own RealSatisfied profile pages with customer ratings and testimonials.

Members can also publish a certain number of testimonials collected by RealSatisfied for free, but they must pay to publish more than that number, he said.

RealSatisfied will not make real estate agents’ survey responses available to their brokers, he added.

But when RealSatisfied partners with associations or MLSs, as it has with MORe, clients are not sent surveys automatically. Agents receive reminders to send the surveys, but must decide for themselves whether to do so. 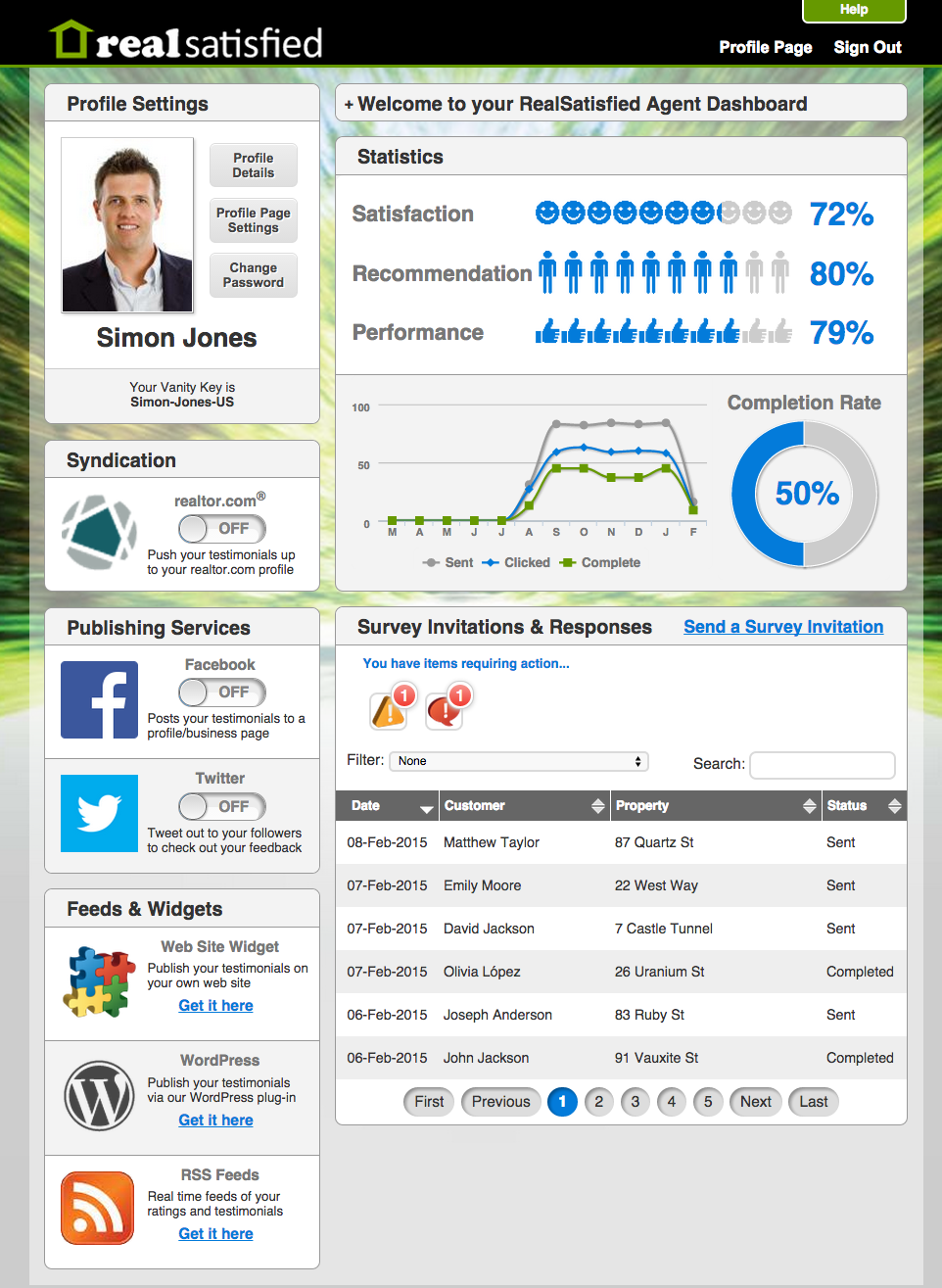 MORe had previously participated in a pilot program backed by the National Association of Realtors that provided a similar client review service powered by Quality Service Certification Inc. The pilot program, which also involved Realtors in Florida and California, ended last year when NAR withdrew funding.

Editor’s note: This story has been updated to correct that only real estate agents can see client surveys collected by RealSatisfied under its partnership with MORe, not their brokers.