“I’m certain that there will be fewer agents overall,” says the Floored CEO about the future of real estate. “But that almost all of this contraction will happen at the low end of the market and with the least experienced agents.”

Dave Eisenberg is the CEO of Floored. 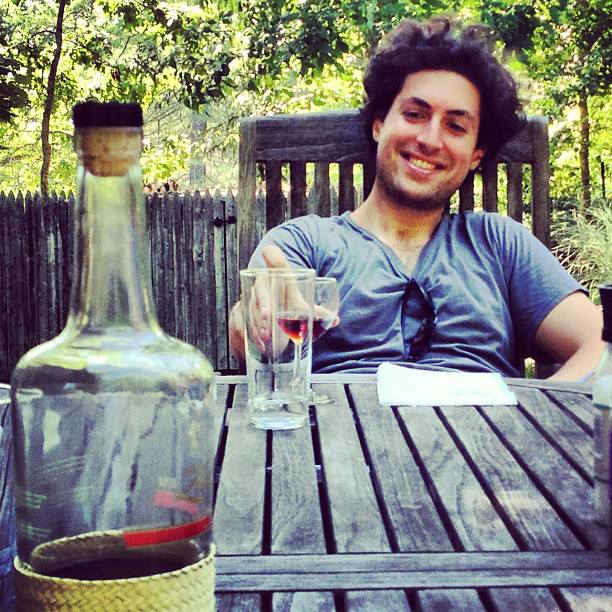 Dave Eisenberg relaxing over a glass of his favorite rum, Zacapa 23. Photo by his old boss and close friend, Andy Dunn, who introduced him to the spirit.

I love to play tennis whenever I can get access to courts in New York. When I was younger it was something I did competitively, so I have some muscle memory that I can rely on. Now that I’m a bit older, it’s a great way to keep in shape and have a lot of fun.

Great question! My wife is a writer and she’s smiling because we both know I should be reading a lot more classic literature these days. I’m a big Dostoevsky fan, so I’d have to say “The Brothers Karamazov” is one of my favorites. I’m actually making my way (slowly) through Mark Twain’s writings, so we’ll have to see if he takes over the top spot. …

Tech entrepreneur, yes; general entrepreneur, no. I have some wonderful entrepreneurial role models in my life. My maternal grandparents survived the Holocaust and started with nothing in the U.S. and set up a psychiatric practice out of their home.

My father’s parents passed away when he was young and he bootstrapped himself through college, later establishing his own medical practice. I have many examples of humble, hardworking entrepreneurs in my family who served as examples for me to try to create something of my own.

How’d you come up with the idea for your startup?

It was a combination of factors. I was coming off of two e-commerce-related startups and felt that novel, digital experiences were going to be at the core of most manufacturing and digital shopping experiences going forward … I had also been exposed to new technology in 3-D scanning and 3-D printing from working in Silicon Valley and felt that it might be possible to “capture the world” in 3-D and then offer unique experiences on top of that data.

It turns out there’s a more immediate need for 3-D solutions in the new development field, but that’s something we learned after a year of selling to the real estate industry.

This kind of event is pretty common in startups. Your initial instincts on product and go-to-market strategy are often wrong, and so you iterate and tweak. Ultimately, you bounce back because you believe in the vision, you believe in your team and you don’t hold strong product prejudices.

What would you describe as your company’s biggest victory since launching and why?

The launch of our own proprietary, photo-realistic graphics engine, Luma, was a huge internal victory point and really has been the primary feature that we have touted since we launched. It’s the type of product that a lot of people who see it say, “I didn’t think that was possible in the Web.”

It helps us win deals and attract world-class software engineers and investment capital for investors who better understand where the 3-D Web is heading as a result of our efforts.

Real estate is an old industry, and old habits die hard. Purchasing print advertising, sending out direct mail, “e-fliers or e-blasts,” and so on. Dollars from these old channels that are hard to track, static and tired need to flow to new methods like ours if we are to have a viable business.

The amount of education that we need to give to our customers is an ongoing obstacle: how 3-D works, what’s new about it compared to the past, what is virtual reality; these are all important questions in our sales process.

We’ve tried to deal with the challenge by offering a better, faster, cheaper process in many cases than what our clients have used previously, and that certainly helps ease them into the conversation!

Persistent resistance to the idea of transparency in real estate. If the Internet and tech boom of the past 20 years has taught us anything, it’s that transparency (pricing, availability, networks, etc.) is good business.

I scratch my head at the developers, brokers and platforms that are trying to fight this trend online. They will lose, and the harder they fight against it, the uglier the outcome will be. 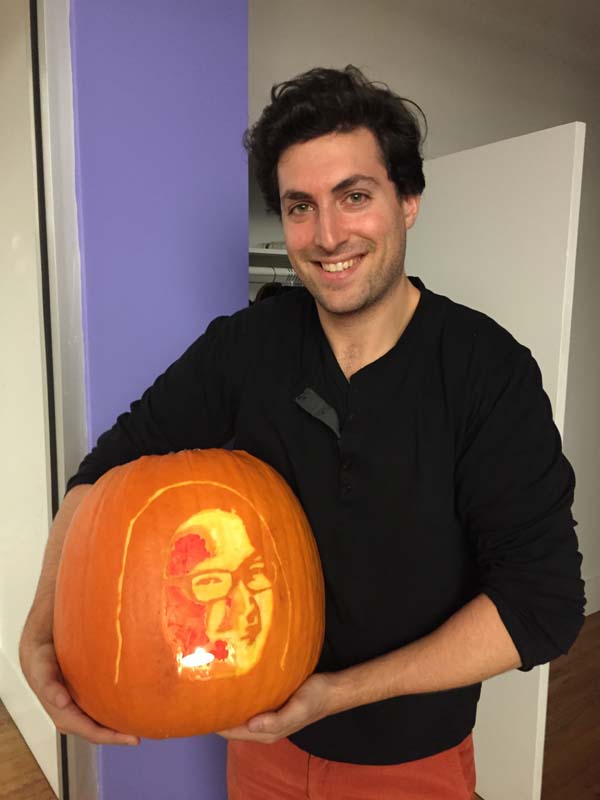 Dave holds up the winning entry to the Floored pumpkin carving contest. It’s of his co-founder, Judy He, who runs computer graphics at Floored. With a team full of 3-D professionals, the competition was pretty stiff.

What is the most important lesson you’ve learned about building a business since launching your company?

Just because you want a business model to exist doesn’t mean it should or will exist. We tried to shoehorn some of our early customers into a model that was attractive for us, but it didn’t really fit the way they think about marketing expenses, nor was it appealing to them in the long term (we made it very appealing in the short term). So, once again, we listened to customers, learned, adapted and ultimately landed on a model that they love.

This is a tough one. I think different constituents would have different answers (developer, architect, broker, consumer). In my estimation, I would say video tours are probably the most overrated in terms of how many people call them “real technology” and also in terms of how consumers actually value video tours.

I’m certain that there will be fewer agents overall, but that almost all of this contraction will happen at the low end of the market and with the least experienced agents.

I think the role is going to shift to be more consultative, more advisory, and more focused on vertical interests where agents can build serious domain expertise. I think the role will be less focused on providing access to listings, home tours, transactional and other forms of financial data.

I guess influence would be my answer, which is certainly a hybrid of capital and authority.

That my lack of years of domain expertise in real estate is hampering Floored in a meaningful way.

That a family member or friend would be a victim of a random act of violence.

In general, probably Barry Sternlicht for his vision, drive and execution. In real estate tech, probably Brandon Weber, of the commercial real estate startup Hightower, for his thoughtfulness.

Would you like to participate in our leader profile series? Email contributors@inman.com.