“Lady Antebellum is the hottest ticket in town, and this sweepstakes offers a great opportunity to experience their amazing concert from the best seats in the house,” said Jay Farner, president and chief marketing officer at Quicken Loans. “Put a year’s worth of mortgage payments on top of that, and you have an unbeatable combination for music fans everywhere.”

The 7FOR7 Sweepstakes, part of Lady Antebellum’s Wheels Up 2015 Tour and the band’s 7FOR7 charity campaign, will award seven grand-prize winners a year of relief from their mortgages, as well as a VIP concert experience for them and a guest, including meet-and-greet passes and complimentary travel.

“7FOR7 has been one of our favorite ways to connect with fans offstage,” said Charles Kelley, a writer and singer in the seven-time Grammy Award-winning country music trio. “Being able to keep that thread going with Quicken Loans is something we’re really excited to help make happen. Helping a family pay their mortgage for a year is a special gift, and I hope we help change some of our fans’ lives in a real tangible way.”

To enter, fans must be at least 18 years of age, a U.S. citizen and visit www.ladyantebellum.com/7FOR7 to fill out the entry form, which asks entrants what it would mean to them to meet Lady Antebellum and to take a yearlong vacation from their mortgage payments. Winning entries will be selected based on creativity, clarity and thoughtfulness. The sweepstakes ends Aug. 20.

Sponsored by Quicken Loans, the Wheels Up 2015 Tour kicks off May 1 and continues across North America through the fall.

Lady Antebellum was formed in Nashville in 2006 and to date has sold more than 11 million albums worldwide. The band is perhaps best known for its 2009 single, “Need You Now.” 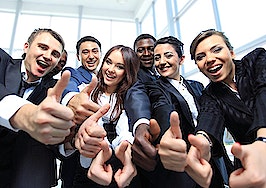 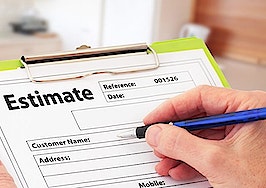 Appraiser opinions drop below homeowners' 'overzealous' estimates in Quicken Loans survey
Back to top
Only 3 days left to register for Inman Connect Las Vegas before prices go up! Don't miss the premier event for real estate pros.Register Now ×
Limited Time Offer: Get 1 year of Inman Select for $199SUBSCRIBE×
Inmanpot
Log in
If you created your account with Google or Facebook
Don't have an account?
Create an Account
Forgot your password?
No Problem