While some real estate industry stakeholders are focusing on the challenge of finding ways to extend loans to borrowers with limited credit histories — giving markets like housing a much-needed boost — the Consumer Financial Protection Bureau (CFPB) is doing its part to give financial regulators, lenders and industry participants more insight into the problem.

According to a report recently issued by the bureau, about 189 million Americans have credit records that can be scored, but as many as 26 million others are “credit invisible,” meaning they have unscored credit records. About 10 percent of adults lack a credit history with a nationwide consumer reporting agency like Equifax, Experian or TransUnion, and many of those people are African American, Hispanic or residents of low-income neighborhoods, the report also found.

“A limited credit history can create real barriers for consumers looking to access the credit that is often so essential to meaningful opportunity — to get an education, start a business or buy a house,” said CFPB Director Richard Cordray. “Further, some of the most economically vulnerable consumers are more likely to be credit invisible.”

The report actually places consumers with limited credit histories into two groups: “Credit Invisibles,” or those people without a credit report; and “the unscored,” or consumers who do not have enough credit history to generate a credit score or who have credit reports that contain “stale” or not recently reported information. The report notes that the exact definition of what constitutes insufficient or stale information differs across credit scoring models, as each model uses its own proprietary definition.

“NCRA records are often used by lenders when making credit decisions. In particular, lenders often use credit scores, such as one of the FICO or VantageScore scores, that are derived entirely from NCRA records when deciding whether to approve a loan application or in setting a loan’s interest rate. If a consumer does not have a credit record with one of the NCRAs, or if the record contains insufficient information to assess her creditworthiness, lenders are much less likely to extend credit. As a result, consumers with limited credit histories can face substantially reduced access to credit.”

The CFPB analyzed information from its Consumer Credit Panel, a random sample of de-identified credit records purchased from one of the nationwide credit reporting agencies, for the report. The bureau compared information from the December 2010 credit panel with 2010 Census data to estimate the number of “credit invisible” consumers.

The CFPB said the report aims to “shed more light on the number of consumers and the characteristics of those consumers who have little to no credit record at the nationwide consumer reporting agencies,” but it does not offer any potential policy or industry solutions.

The bureau did acknowledge that several studies have explored the potential of various types of “alternative data” to supplement the information contained in the NCRA credit records and allow credit scores to be generated for these consumers, helping them to shed this cloak of invisibility. Some of these studies have suggested that items like medical bills or student loans be used differently in calculating credit scores.

Currently, an alternative version of the widely used FICO score is being tested with a dozen credit-card issuers. Traditional FICO scores range from 300 to 850, and borrowers with scores below 660 are considered “non-prime” and do not qualify for the best interest rates.

The new FICO scoring model takes into account utility and telecommunications bills, provided by Equifax, as well as property records from LexisNexis to create a three-digit score for those who cannot be scored under the traditional model. FICO said it is considering expanding the new offering to other lenders later this year.

The CFPB also gave a nod to industry stakeholders who have debated the implications of doing so for those with limited credit histories, as well as those with scorable files whose credit profiles might change with the addition of such data.

Some consumer advocates have pointed out that these borrowers may have interim delinquencies during certain periods, like when heating costs increase during winter months. Others have rejected these proposals altogether, suggesting that lax credit standards contributed to the subprime mortgage loan and financial crisis of 2008.

The CFPB also noted that several industry participants have developed scoring products that are aimed specifically at these populations. For example, Churchill Mortgage offers mortgage loans to borrowers with thin credit. The company suggests these borrowers maintain a payment history for items like utility, cell phone, insurance and rent bills. The company says making a 20-percent downpayment is the best chance for approval of a 15-year fixed rate and could eliminate the need for mortgage insurance. 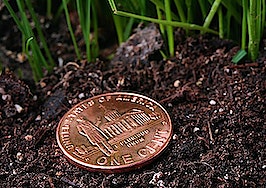 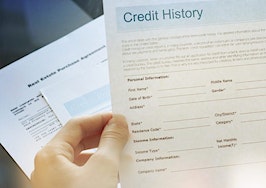 Low credit score? You still have a chance at a conventional loan
Back to top
Be part of the community driving real estate forward. Join thousands of top-producers at Inman Connect Las Vegas this August.Learn more×
Limited Time Offer: Get 1 year of Inman Select for $199SUBSCRIBE×
Inmanpot
Log in
If you created your account with Google or Facebook
Don't have an account?
Create an Account
Forgot your password?
No Problem