ReferralExchange, a service that scrubs agents’ excess leads and hands them off to its member-only referral network, has white-labeled its tool for the National Association of Realtors’ largest affiliate, the Council of Residential Specialists (CRS).

CRS, whose more than 30,000 members will be able to access a CRS-branded version of the network from the group’s website, crs.com, when the partnership goes live sometime this summer, is paying for the privilege.

“Referrals are a key component of our members’ business and this partnership will create new value for them,” added Lana Vukovljak, CEO of CRS, in a statement.

Flywheel Networks Inc. launched Referral Exchange last March. With CRS on board, the invitation-only network has more than tripled its membership, from over 13,000 before to over 41,000 with the partnership in place, Flywheel Networks Vice President of Marketing Lisa Fettner told Inman.

ReferralExchange, which launched last March, has an interesting model.

It takes both online leads and personal referrals that agents don’t have bandwidth or interest to work and sends them to ReferralExchange, which scrubs the leads with the help of over 80 full-time employees, and presents them with up to three members of its network. The client chooses one.

After paying a one-time fee of $595, any agent can submit their leads to the network. Those who submit a lead can be involved in the referral process by filtering their search for a referral partner by the potential partner’s brand or brokerage or can step back and let ReferralExchange take over completely.

CRS will be receiving both consumer-direct and agent-to-agent referrals. The deal doesn’t include the ability for CRS members to submit leads to the network now, but Fettner said the firms will work to implement that feature at a later time.

When agents close a deal from a lead they got through ReferralExchange, they pay a referral fee to Referral Exchange equal to 35 percent of the commission they earned off it. The referring agent receives 71 percent of that and ReferralExchange gobbles the rest as a fee.

Consumers can also enter the Referral Exchange machine directly from one of Flywheel Networks’ consumer sites like AgentMachine.com. In this case, agents pay ReferralExchange 25 percent of the referred side commission.

Fettner noted that ReferralExchange sees between 10,000 and 15,000 referrals each month. In addition, several brokerages have joined the network, but Fettner said she couldn’t name names at this time.

CRS signed up with the global referral social network RESAAS last May.

What is a NAR affiliate? NAR affiliates include institutes, societies and councils established by NAR’s board of directors to facilitate cooperation and discussion of particular aspects of real estate. A list of NAR affiliates can be found here. 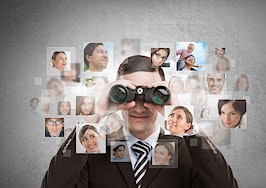 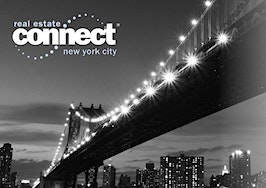 ‘When a******s send you referrals, it's other a******s': Leigh Brown
Back to top
Inman Connect Las Vegas Memorial Day sale – 44% off exclusively for Select subscribers!Register Now To Save×
Limited Time Offer: Get 1 year of Inman Select for $199SUBSCRIBE×
Inmanpot
Log in
If you created your account with Google or Facebook
Don't have an account?
Create an Account
Forgot your password?
No Problem