by Stephen Schweickart
Share this article
You successfully shared the article.
Close

In my ongoing quest to buy a home this year, I have had many interesting and eye-opening experiences about the same industry that I thought I already knew so well. I mean, I spent the past decade of my life specializing in it.

I see many people making the argument that technology is replacing people. However, throughout the process of my homebuying experience, I have come to the realization that people — not technology — replace people.

This spring, I wrote an opinion piece on Inman that outlined the personal difficulty I had in utilizing both local and national search portals to find a property. This difficulty was mainly because of selfishness and politics within the industry due to data ownership rights that only serve to harm the consumer experience.

In that piece, I made the argument that agents should embrace technology to garner more leads and transition their business model to more of a concierge service that specializes in great customer service after getting the lead.

I want to build on why this is so important. I was forced to utilize multiple apps to find a handful of properties that I liked. Then, I submitted my contact information to three apps, for three different properties, to request an agent to contact me about said property.

I waited and waited –and waited — until 27 hours later (the following afternoon). Finally, an agent called me. But after some basic questioning from yours truly, I realized that we weren’t compatible, and I was probably better off hiring my 8-year-old niece to show me around the property.

Because no other agents contacted me as a result of the lead forms I had filled out on three different apps, I was forced to resort to old-school tactics to find one that was quality — Facebook. I made a localized post and asked my Indianapolis friends to refer potential real estate agents to show me around the properties I had already picked out via my multi-app experience. Responses flooded back to my post.

At this point, I was starting to realize that this was becoming a bit of a work/social experiment. Thus, I contacted three different referrals, with the intent of having each one show me a different property. I wanted to gauge the experiences of each, which I figured would make for interesting Inman reading at a future date. (You’re welcome.)

The first property I looked at was with a gentleman we will call “John.” I was supposed to meet John at 1 p.m. to check out the property in question. When I showed up at 12:55 p.m., John was already there standing out front waiting for me — impressive. John was very personable and was the kind of guy that I’d grab a beer with after work any day of the week. He opened the door to the property and let me explore while he followed, and we chatted about sports.

However, the property had wooden windows that needed to be replaced. When I asked John about local historical codes to replace those windows, he said he didn’t know and wasn’t very knowledgeable about the neighborhood because he lived 10 minutes away. I then asked about the property history and got a similar answer.

Punctuality, personality and beer gets you only so far. John was fired.

The second property I looked at was with a woman we will call “Jane.” I went through the same process with Jane and had a fairly similar experience to the one I had with John. The main difference with Jane was that she had dug up a bunch of information on the property and its history, and she brought it with her in a folder. Kudos to Jane for taking it a step further than John.

The downside with Jane was that I inevitably met her competition right after her to look at the third and final property on my hit list. Jane had done everything correctly, but I could easily have found out all that information myself on any of the major search portals.

This is what separated Jane from a woman we will call “Debbie.” Debbie had all the same punctuality and personality as John and Jane. The third property I looked at also needed to have its windows replaced. Even though Debbie lived 20 minutes away in the suburbs, she knew the local historical police and volunteered to line up a walk-through with the code inspector the following day.

When walking through the backyard together, we noticed that a giant and priceless oak tree was close to straddling the property line. She then pulled the local survey out of her folder and handed it to me, so that I could see exactly where the property line was and who owned the tree. She then started listing a few local ordinances around such tree placement, and I began wondering if she moonlighted as a tree trimmer.

As we were walking out the front door, Debbie pointed out that the next-door neighbor’s grass was incredibly high and needed to be cut, as it exceeded the city’s “8 inches law.” She then called the local municipality hotline to report it, while we stood there together on the front porch; she mentioned that it would hurt her ability to sell the same property in the future.

She followed up by educating me about a local ordinance stipulating that the government will mow a violator’s lawn within 48 hours of a complaint, and then charge the homeowner about 10 times the rate of a typical lawn service and add it to their property tax bill to help serve as a deterrent. Debbie didn’t even live in this neighborhood, but she had the local municipality hotline number saved in her phone and knew of their policies.

As if this wasn’t already enough to impress me, Debbie went on to tell me about a high-rise condo development that the city had just approved to be built two blocks away, which would include a grocery store on the street level. She noted how this would impact local property values and result in better-than-average appreciation rates for the neighborhood.

I asked her how she knew about it, and she said that she started every Monday morning by reading the “Indianapolis Business Journal” (most major cities have a similar publication), so that she was always in the loop as to what happening locally … which ultimately helped her business and the ability for her to better serve her clients.

Did I end up buying the property that Debbie showed me? No. However, Debbie was hired and will be the agent I use to purchase the dream property I end up finding with her this year.

Why? Because she made it her business to specialize in being an expert in all things local — 95 percent of the information she contributed to our conversation wasn’t readily available through a real estate search portal. Debbie realized that she needed to become everything that technology wasn’t, and that if she filled that void, the sales and commission would follow.

John was personable and punctual but lacked the local grass-roots knowledge that homebuyers such as myself needed to know. Jane took the extra step to print up the same information I could have found on the Internet, which is good — but not enough.

If Debbie is this good at immersing herself in local town hall meetings, publications, policies and relationships, I can only imagine that she is equally as qualified to walk me through the CMA, offer submission, negotiation and closing process.

Technology didn’t cause me to choose Debbie over John and Jane — Debbie did.

Stephen Schweickart is the founder and CEO of VScreen, the leading video content provider within the real estate industry. 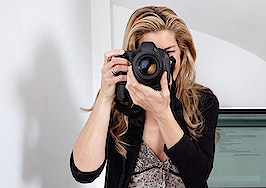 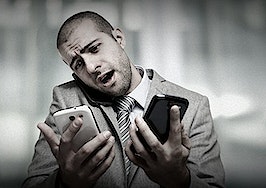 How many apps did it take to find the house for sale next door? 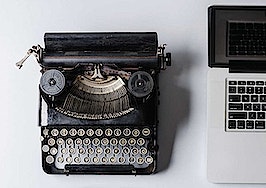 Is age the new job-determining factor?
Back to top
Only 3 days left to register for Inman Connect Las Vegas before prices go up! Don't miss the premier event for real estate pros.Register Now ×
Limited Time Offer: Get 1 year of Inman Select for $199SUBSCRIBE×
Inmanpot
Log in
If you created your account with Google or Facebook
Don't have an account?
Create an Account
Forgot your password?
No Problem