First, head-shaking news of humanity. While working out, I mumbled near a young trainer, “The quality of a civilization depends on the extent of corruption.” After “Huh?” he asked for more. FIFA this week has been exposed as utterly corrupt, yet member nations on Friday re-elected silly-putty Sepp Blatter to a fifth term as its president.

Yesterday, crawling from under his rock for the first time since 2008, Richard S. Fuld, chairman of Lehman upon its collapse, gave a speech now viral on YouTube. His one-liners opened a window to a mind possibly too incompetent to be corrupt. “Lehman Brothers at the point of 2008 was not a bankrupt company.” All through 2008, Fuld had been a Wall Street laughingstock trying to sell Lehman as it imploded.

Hemingway on bankruptcy: “Two ways … gradually, then suddenly.” Lehman was the parent of infamous Aurora Loan Services, ALS, the all-time subprime bucket-shop, killing clients, brokers and itself. Fuld: “I feel sorry for all of you that don’t drink, ’cause when you wake up in the morning that’s as good as you’re going to feel. I told my children that.”

And people still think the housing and credit bubbles were caused by mortgage brokers, Fannie and too-easy Greenspan. Sheesh.

In a more serious vein (possibly hard to tell), here is the recent key to global financial markets: The Fed says its going to lift off from 0 percent, which has made the dollar “strong” and pulled up the value of everything dollar-denominated except U.S. bonds, which fear the Fed.

Most of the rest of the world’s central banks have been printing money harder than ever, which has contributed to dollar “strength.” All of that reached equilibrium 45 days ago, and a weird daily dance has followed: Any soft U.S. data presumably pushes Fed action further out, dollar down. The others don’t want the dollar down, the European Central Bank especially, accelerating its money-printing to keep the euro weak.

The Fed’s desire to lift off is reasonable, if only to prevent financial bubbles. However, much as I admire Chair Janet Yellen, her insistence that the U.S. economy is improving enough for liftoff and then normalization is becoming embarrassing.

U.S. first-quarter gross domestic product (GDP) was revised to negative 0.7 percent as expected, mostly because U.S. exports have been crushed by a “strong” dollar: up 4.5 percent in 4Q 2014; in 1Q, they fell 7.6 percent. Personal expenditures were OK in 1Q, up 1.8 percent, but less than half of 4Q.

More disturbing than back-look GDP is the Fed’s new annual study of “household well-being.” It is worth your trouble. It describes two Americas: Households earning less than $40,000 per year are not making it, and ones making between $40,000 and $100,000 are treading water and fragile.

A re-read of the Fed’s minutes from its late-April meeting found this (unremarked elsewhere): The risks to the forecast for real GDP and inflation were seen as tilted to the downside, reflecting the staff’s assessment that neither monetary nor fiscal policy appeared well-positioned to help the economy withstand substantial adverse shocks.

All at the Fed insist that liftoff will not be a tightening, just a reduction in extreme ease. I don’t know anyone at a bond desk who believes that. Tightening is tightening.

One bright spot possibly justifying tightening: housing. One theory for its continuing weakness: just delayed. Maybe so, after all. The National Association of Realtors has April pending sales up 3.4 percent, four times the estimate, and up a solid 14 percent year over year.

One inside indicator: A major bank wholesaler this month entered gridlock, buried with business, turn times running out to two weeks. The strongest component in U.S. consumer price index: housing cost, driven up by rising rents, which sooner or later will push people to buy.

Last in the rates-down calculus: Greece. Everyone has been wrong and/or premature for four years. But it looks now as though there never has been a deal or even real negotiation, just can-kicking. Rates are trading down today on that thought.

This Friday: jobs. The Fed’s forecast is on the line.

Better chartists than I will disagree, but the 10-year T-note trading since January (the chart is two years back) could be interpreted as now settled in a range of 2.1 to 2.3 percent and poised to break lower; or the 16-month downtrend is decisively broken, now stair-stepping upward; or chaos. I lean to the third. Data-dependent. 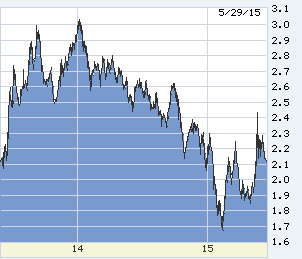 An abstract from the Fed’s household survey. If this is a sign of an overheating job market, then my cold cereal this morning was overcooked. 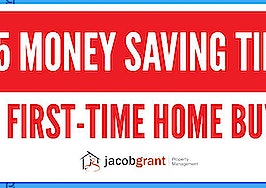 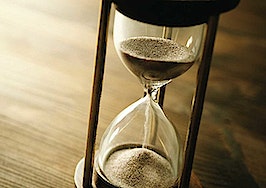 June 1, 2015, real estate market update: mortgage delinquency rates, Midwest housing market
Back to top
Only 3 days left to register for Inman Connect Las Vegas before prices go up! Don't miss the premier event for real estate pros.Register Now ×
Limited Time Offer: Get 1 year of Inman Select for $199SUBSCRIBE×
Inmanpot
Log in
If you created your account with Google or Facebook
Don't have an account?
Create an Account
Forgot your password?
No Problem