Amidst industry and even congressional lawmaker outcry for the Consumer Financial Protection Bureau (CFPB) to take it easy in its enforcement of the TILA-RESPA Integrated Disclosures (TRID) regulation that takes effect on Aug. 1, the bureau is throwing the affected industries a bone — sort of.

It’s been nearly two years since the CFPB released the TRID rule as part of its “Know Before You Owe” consumer financial education initiative, and the bureau has not minced words in its stance that it has given the real estate, mortgage and settlement services industries plenty of time to digest the 1,800-page regulation, train staffs and make the operational, software and relationship adjustments it will take to comply with the rule.

However, many professionals — from real estate agents to mortgage lenders to title agents to escrow agents — have recently confessed that, with less than two months left before the TRID implementation deadline, they are not prepared to meet the new challenges brought about by the regulation.

Small, independent, community-based banks that have been besieged by two years of heightened mortgage industry regulation are reporting the most difficulty. Many other affected industries are concerned that their mortgage loan processing software is not ready for installation or testing.

In response to these concerns, congressional lawmakers introduced H.R. 2213, a measure requesting a four-month “hold harmless” period for the CFPB’s enforcement of the sweeping new regulation. Other senators sent a bipartisan letter to CFPB Director Richard Cordray in support of that idea, and hundreds of title insurance industry professionals have been meeting with their congressional representatives to encourage them to get on board.

Yesterday, the CFPB finally responded to the idea, but it probably wasn’t what the affected industries were hoping to see from the bureau.

Taking to its blog with a consumer-focused post that summarizes what homebuyers can expect if they purchase a home after Aug. 1, the CFPB said it “will be sensitive to the progress made by those entities that have been squarely focused on making good-faith efforts to come into compliance with the rule on time.”

While the bureau didn’t clarify what “sensitive” actually means, it added that it has spoken with other regulators to “clarify” this approach, and said it “is consistent with our approach in the implementation of the Title XIV mortgage rules.”

By that, the CFPB means the Ability to Repay/Qualified Mortgage (ATR/QM) rules, which was effective for mortgage applications taken after Jan. 10, 2014. The bureau didn’t budge on the enforcement of that rule.

The CFPB also stressed that, “Over the last couple of years, we’ve taken many steps, including publishing guides, templates and webinars, to support industry implementation of the Know Before You Owe mortgage rule so that lenders and financial institutions can effectively comply with the rule.”

Moral of this story: Don’t get ready to get ready. Get ready now. 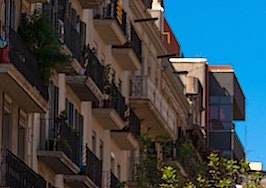 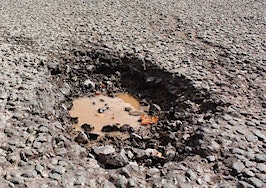 3 reasons why the CFPB should delay TRID enforcement
Back to top
Only 3 days left to register for Inman Connect Las Vegas before prices go up! Don't miss the premier event for real estate pros.Register Now ×
Limited Time Offer: Get 1 year of Inman Select for $199SUBSCRIBE×
Inmanpot
Log in
If you created your account with Google or Facebook
Don't have an account?
Create an Account
Forgot your password?
No Problem