Roommate nightmares no more — at least, that’s what Roomi hopes to accomplish. The app was officially launched out of beta June 9 with a round of $2 million in seed funding led by DCM Ventures.

Roommate nightmares no more — at least, that’s what Roomi hopes to accomplish.

The app was officially launched out of beta June 9 with a round of $2 million in seed funding led by DCM Ventures. The free application came out blazing with a No. 1 ranking in the Apple App Store for finding roommates and saw nearly 100,000 downloads before noon the day it launched.

To say the rental industry was in need of a tool like this is an understatement, so Android users may not have to wait too long to get the app themselves, but they do have to wait a little while.

The application is first available for renters in New York City, where rents are sky high and wages flat. To assist in the search for a compatible roommate, Roomi prides itself on secure and vetted users and listings. Think part Craigslist, part dating site.

The application is a two-sided prong with one user needing a roommate to fill a vacant room or apartment and the other needing a place to stay. Anyone with an available space can list it on Roomi, all of which are fully verified before going live. 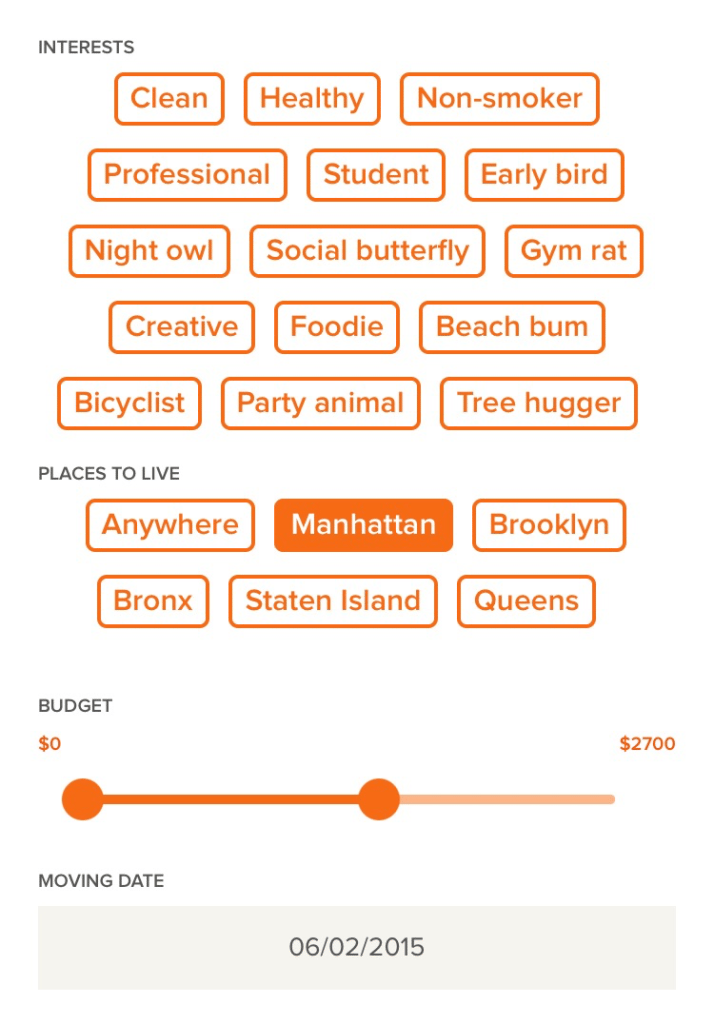 A screenshot from the Romi app.

Users create profiles to give others a glimpse into their personality. They are asked a series of questions, like whether they are a day or night person, have any allergies or are a smoker.

Apartment owners or renters looking for a roommate can specify things like “nonsmoking,” “female only” and “fully furnished.” From there, users can find those they feel they will get along with best and instantly connect with them to ask more questions or see the space in person.

“The in-app messaging is Roomi’s most exciting feature because it eliminates the harrowing process of constant back-and-forth emails that everyone goes through while trying to get to know a complete stranger before meeting them in person and eventually sharing a home with them,” said Roomi’s founder, Ajay Yadav.

“This free feature makes communication not only much easier but also so much safer, as there is no exchange of private info with the chat.”

Creating strong relationships is a major component of the app’s success. Yadav promotes open lines of communication for a successful roommate relationship. He said that because there has been no service like this one made readily available up to this point, many New Yorkers are forced to go from situation to situation in search of the most compatible roommate.

Being straightforward and upfront with opinions and lifestyles through the Roomi app can eliminate these constant struggles.

The average user of Roomi is in their early- to mid-20s, often recent graduates or young professionals who are not ready or able to live on their own in New York City. It currently has about 3,000 apartments listed.

“We have known the need for better roommate and housing search is out there in many other cities! We have been blown away by the demand and hope to expand soon,” Yadav said. “We have gotten requests for about 2,100 cities. L.A. is on the road map for a launch next year.”