In early June, I ran into the founder of dotloop, Austin Allison, at the Delta Sky Club at JFK in New York. He was finishing off his vacation to Rome and was headed to Cincinnati, where the native Midwestern boy started his digital signature company.

At the time, I thought, “Hmmm … something is up with this guy.” Of course, there was the time-off glow from a vacation, but there was also a certain serenity that comes with successfully selling a company at a young age.

I did not put two and two together at the time, but I did wonder what this likable fellow was cooking up.

As it turned out, something big was coming down for the charismatic entrepreneur; he was in the middle of selling his company to Zillow, which was announced yesterday. The fact that he took a vacation in the midst of deal crunch time could mean one of two things: The deal was nearly sealed at that time, or he went on vacation during a difficult moment in the negotiation to send a message to the Zillow gang that he wasn’t that easy to grind down.

Whatever. Deals are always interesting to dissect, but more importantly: What does it mean?

If Zillow is the Yelp of real estate, dotloop is the OpenTable (sorta). Selling ads to agents and other small businesses is a messy endeavor; it requires call centers, which are difficult to manage.

It also means constantly fighting churn. Why did Yelp fail in its purported effort to sell to Google, which many observers expected? One reason may be because selling ads to small business is a messy business. Companies like Google, Facebook and Apple do not require call centers; their businesses scale with online fulfillment.

Zillow didn’t buy some powerhouse tech company with dotloop, but it did acquire a more scalable piece of the agent puzzle that doesn’t suffer from as much churn. Once an agent subscribes to DocuSign or dotloop, switching to another provider is too much of a hassle for most agents, and many hate learning new software. They get dependent on the service, like restaurants do with OpenTable, and rarely swap out for the alternative.

Theoretically, Zillow’s front-end expertise can now be married to the back-end know-how of dotloop. Dotloop is a market network, where multiple vendors and the consumer consummate a complex transaction in a seamless and tech-enabled way. These are the types of businesses that have the eye of savvy technology investors.

Imagine a smoother end-to-end path where consumers and consumers, agents, inspectors, lenders and title agents work off a single platform with an easy-to-use mobile app. Dotloop does not offer that yet, but it is much further along than Zillow.

Moreover, Zillow loses the customer once it shows off its listings and once the buyer or seller finds an agent. It waves “bye bye” to the value that the company has created.

With dotloop, it will pick up that wandering customer.

Then, it can better track its own success on the front end — getting at the ROI based on closed transactions. An assortment of data issues persist here, including privacy and Internet protocol, that make this complicated for Zillow. But until it can prove ROI to its customers and prospects, its case for the value of advertising is harder to make — showing your face off on Zillow is no better than a bus stop ad if it cannot prove the value.

At Inman Connect on Aug. 6, a special main stage panel will discuss “Taking time, cost and failure out of the real estate transaction.” Dotloop founder Allison Austin will join other experts.

This acquisition could also put Zillow squarely in the path of an opportunity that is inadvertently taking shape because of TRID, the three-headed government monster that is forcing real estate firms, lenders and title companies to not only be transparent about their relationships but also to integrate the silos of real estate: transaction, mortgage and title.

The end-to-end dream that I have been spouting off about for more than a decade could be realized, not by industry initiative but by government fiat. Like it is forcing health care to be digitized, the government is requiring the real estate transaction to be more in sync with disclosure regulations.

And all of this is coming down this year when the TRID requirements are imposed in October.

“There is a transformational opportunity in the real estate space right now,” said Pat Stone, CEO of Williston Financial. “Regulatory compliance is forcing Realtors, lenders and title companies to reassess their processes to create more efficient transactions. This includes systems on the front end to make it easier to write an offer; systems on the back end to streamline the closing process and systems post-closing to create new opportunities to find the next transaction,” according to Stone.

Why didn’t Zillow make improvements to Market Leader to perform these sorts of tasks, some of which dotloop does?

Turning a horse into a camel is almost impossible, right? A CRM is not a back-end closing engine. Plus, dotloop is a consumer product that requires agent participation. Market Leader is an agent tool, a product line that Rascoff has no interest in. Dotloop is a vendor marketplace with Zillow’s front end.

Another dimension to this acquisition is that, once again, brokers let an opportunity pass them by. As they finally invest in the front-end home search with the Broker Public Portal — which Zillow and Move figured out a long time ago — Zillow is moving downstream where brokers now own the transaction.

The Zillow-dotloop press release oozed with broker love, and on Facebook and social outlets, Zillow reps used the word “broker.” But let’s get real.

Brokers had the opportunity to create the entire hub  on the back end with digital signature capabilities and everything else, including communication tools, document notifications and shared data storage between consumers and the vendors. But most brokers failed to complete the circle. Just as they hesitated with home search a decade ago, knitting the back end together seemed too formidable.They got hung up on the data ownership battles when the real war may be on the back end.

It reminds me of a kid from high school who got his first pair of skinny jeans just as they went out of fashion.

Power may still lie with who owns the listings, but this is a multifront war.

As always, the outlier is Realogy, which has a very scalable business model; it gets a piece of every transaction and is not in the dirty business of call centers. Plus, it bought ZipRealty, which combines CRM with an online lead nurturing system.

Can Realogy build and integrate in a consumer digital closing experience? Maybe, but that is a tricky product improvement.

Then there is Keller Williams, which does some interesting things with technology but has never jumped fully into the pond of significant technology innovation. Its ability to turn on the facet of agent adoption is masterful and often viral, so any solution they offer will get out there quickly.

Maybe it is time for KW to spread a back-end solution to its agents, that it can control.

In the end, like selling ads to agents is a dirty business, so is technology disruption.

For agents, however, it is not about disruption so far. It is about enjoying the fruits of other people’s innovation. 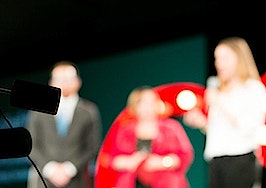 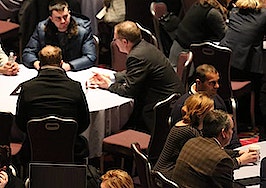 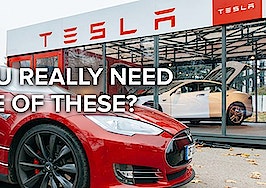