Editor’s note: Zillow has responded with the following statement — “This story contains false information and rumors. We’ve been saying since we closed on the Trulia acquisition that we are assessing how Market Leader plays into our broader business strategy. What we noted in the 10Q filed on Wednesday about the future of Market Leader is required by financial accounting, and we are still evaluating the business.”

After a second-quarter earnings call in which every product was reported profitable — with one glaring exception — Zillow Group reported that it plans to sell Market Leader in its quarterly 10-Q SEC filings.

Zillow Group reported that it plans to sell Market Leader

Inman has learned that a deal to sell the company to another technology company was supposed to be announced this week, but the announcement was delayed for unknown reasons.

That deal may have fallen apart, but Zillow is now being more clear about its intentions to sell Market Leader.

Here is how the company communicated its plans to Wall Street:

In July 2015, we determined that Market Leader met the held for sale criteria. We acquired Market Leader in connection with our February 2015 acquisition of Trulia. We do not expect that the financial results of Market Leader will be presented as discontinued operations in our condensed consolidated statements of operations, as the disposal group does not represent a strategic shift in our operations or financial results. The assets and liabilities of Market Leader to be disposed of are expected to be presented as held for sale in our condensed consolidated balance sheet beginning in the third quarter of 2015.

Though publicly coy about its plans around Market Leader for months, the company has been trying to sell the asset for six months, Inman has previously reported.

Zillow circulated a “memo” in March in an attempt to unload Market Leader, the software company that Trulia bought two years ago for $355 million in cash and stock. But unloading the asset has been more difficult than Zillow may have expected.

Zillow inherited Market Leader in its acquisition of Trulia.

Today, a few things have changed. Better software is available, and integration was difficult for Trulia. If Market Leader had been successfully integrated, Zillow would not be trying to sell it.

Editor’s note: This story has been updated; an earlier version of this story incorrectly listed the SEC filing document as the 10K. 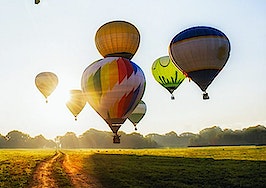 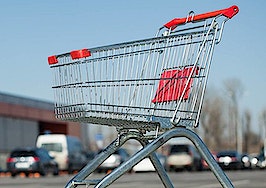 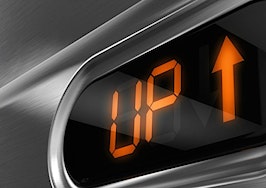 Zillow Group hires new CFO, COO from within
Back to top
Hear from Realogy, Pacaso, SERHANT., Spotify, Redfin, Douglas Elliman, and 100+ more leaders at ICNY.Register now×
Limited time: Get 30 days of Inman Select for $5.SUBSCRIBE×
Inmanpot
Log in
If you created your account with Google or Facebook
Don't have an account?
Create an Account
Forgot your password?
No Problem