by Yulia Kozhevnikova |
You successfully shared the article.
Close

As I have seen firsthand, buyers are choosing off-plan property in Spain. Consumer protection is stronger, and strict obligations on quality, delivery and materials coupled with heightened liability for developers has brought Spain’s off-plan market into a new era of quality and buyer satisfaction.

Here are six reasons why buyers are choosing off-plan and why you should, too.

The property market is finally rising from the ashes of its bleak post-crisis demise and buyer interest and money seeping back into the country.

As the market is entering a growth period, prices are just going to go up. It’s a smart time to buy: The price-per-square-meter is at a record low, and property prices are growing.

It’s a smart time to buy: the price-per-square-meter is at a record low, and prices are growing.

There are a few tell-tale signs that confirm the general enthusiasm for Spain’s market recovery. More construction permits have been issued.

The number of new properties that are vacant has decreased by 18 percent since 2009.

2. There’s money in market hotspots and the suburbs.

It’s a buyer’s market for new builds in Spain after an eight-year slump during which prices fell by 38.7 percent on average. From where I stand in the property business, there are two types of real estate: “standard” and “prime,” both of which herald future value for buyers.

Prices for “standard” new builds are currently at May 2002 levels, substantially lower than the market heyday in 2007 and 2008. This means better value per square meter and also that property will grow in value, secured by high-quality construction standards.

Suburban residential estates with shared facilities such as parking, swimming pools and playgrounds, even on the outskirts, are in heavy demand.

At the moment, three- and four-bedroom apartments from 90 to 130 square meters are particularly popular with foreign buyers, helped along by favorable currency exchange rates.

“Prime” new builds are always in demand and were sheltered from the devaluation because they are located in market hotspots, like the most exclusive areas or historical centers of Spain’s top cities, and they cater to wealthy buyers who are typically less affected by economic strife.

Barcelona boasts the most noticeable growth of Spain’s construction market: as many as 58 new projects have been launched in 2015, and off-plan flats are selling out within six months of the project launch. Barcelona is not alone in this regard, and the trend is also noticeable in other Spanish cities.

At least 58 projects have been launched (2015) and off-plan flats are selling out in 6 months.

Moreover, they have evolved to fit the local architectural style, thus preserving the traditional feel of these historic cities.

Buying off-plan has its benefits both in terms of financing and long-term expenditures. There’s no need for a large deposit. It usually costs €3,000-6,000 to reserve the unit and another 20–30 percent of the total value to finalize the sale.

After that, you pay by installment for each completed stage of the construction. To protect buyers, the funds are transferred to an escrow account and only released when the developer completes each phase of construction in agreement with the planning schedule. If the terms of the accord are not fulfilled the money returns to the buyer.

Of course, I cannot encourage buyers enough to engage a qualified and registered lawyer to make sure all the paperwork is in order, but if it is, these terms offer proper protection against unscrupulous developers.

Don’t forget to factor in VAT (10 percent) and registration fees (1 percent) into your pre-purchase calculations.

4. Developers must abide by the rules

Spain’s off-plan buyers are protected by LEY 57/1968 and Building Act LOE 38/99. The former enshrines the obligation for developers to provide bank guarantees (aval bancario) to buyers for the purchase of an off-plan property.

The latter holds developers liable for structural and design issues during the years following the building’s commission. It provides for three sets of faults and three deadlines to report them for which the developer will be obligated to fix at no expense to the new owners.

Minor issues like flaky paint, broken doorknobs, leaking faucets, faulty window frames and broken home appliances must be reported during the first year and preferably before the buyer pays the final installment.

Major issues posing a threat to the inhabitants’ health or the environment should be reported during the first three years after the building receives its License of First Occupation or LFO (Licencia de Primera Occupación).

These include humidity and insulation issues resulting in mold, leaking gas pipes, electrical or plumbing faults, and so on.

Structural problems — such as unstable foundations, cracks in ceilings or walls — are protected by a 10-year warranty (seguro decenal).

5. Your comfort is planned for.

They often come fully equipped and have a range of turnkey options for the finished interior that allow buyers to choose everything from the room layout to the paint color and doorknobs.

If there are problems with the major fittings, rather than having to foot the bill or hit up the insurance like in pre-owned homes, the guarantee kicks in.

Effective soundproofing means you never have to hear or bother your neighbors again. Home automation systems and video intercoms simplify your life and increase the building’s overall security.

6. Property experts are on your side.

When the bubble burst in Spain, many shortcomings in the real estate sector were brought to light in appalling circumstances: unfinished projects, poor insulation and mold, breaches of local planning laws and so on.

When the bubble burst in Spain, many shortcomings in the RE sector were brought to light.

Thousands of foreign owners found themselves in a dispute with local courts, in some cases, leading to the demolition of the building they had bought.

It is important to protect yourself from unscrupulous developers and fly-by-night investors who made a handy profit off unsuspecting buyers last time.

Buying property is a serious mission, and thankfully, the crisis has made legal representatives more attentive to the risks incurred by foreign buyers unfamiliar with the Spanish system.

Do your research on the developer and choose a reputable notary to carry out due diligence on the planning permissions. Check that all the relevant information is contained in the contract that will facilitate any potential claims in the future.

Yulia Kozhevnikova is a real estate expert and journalist at Tranio, an online real estate broker that helps people find the best agency or developer and buy properties in different countries of the world. You can follow Yulia on Google Plus. 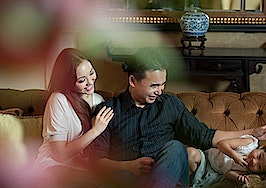 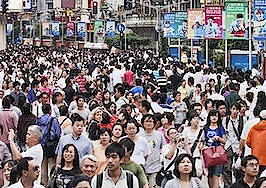 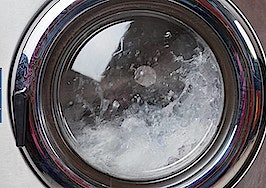 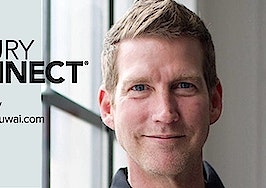 Simon Henry, co-CEO of Juwai, to speak at Luxury Connect
Back to top
Inmanpot