Some superstitious homebuyers may be creeped out by the knowledge that someone died in a home listed for sale, while some adventurous buyers may find the idea of owning a home with a morbid past fascinating.

Either way, potential buyers and renters should know the full history of a home before committing, says DiedinHouse.com, an online service that searches public and private records to unearth information that some agents and brokers may be reluctant to disclose.

The website is the brainchild of Simply Put Solutions Inc. (SPS), a small IT company based in Chapin, South Carolina, founded in 2007 by Roy Condrey, a former South Carolina Air National Guard communications officer.

One could say that morbidity is Condrey’s business. SPS also offers what it calls “a fresh take on lead generation,” with a direct-marketing service that helps agents, investors and other real estate professionals find properties whose owners are recently deceased, so they can “benefit from being at the right place at the right time when families are looking for resolution.”

“While this may seem morbid, the truth of the matter is that these circumstances often produce motivated sellers,” SPS’ website states. “Why not send an introductory mailer to the address? When done tastefully, with no mention of the families’ loss, your mailer can appear at the right place at the right time. Your good timing may be a welcome relief as families often feel overburdened by thousands of decisions they have to make in the wake of their loss.

“Someone is going to list that property — why shouldn’t it be you?”

“I discovered that most states do not have any laws to disclose a death occurrence in a property. What I also discovered is that there is not a single place to go, and that the research is very time consuming.” – DiedinHouse.com founder Roy Condrey

Condrey states on SPS’ website that he started DiedinHouse.com after finding out that someone died in his home before he bought it.

“I assumed it was part of the disclosure process, but unfortunately found out that it was not. I discovered that most states do not have any laws to disclose a death occurrence in a property, no matter how it occurred (murder, suicide, accident, illness or natural). What I also discovered is that there is not a single place to go, and that the research is very time consuming,” Condrey explains on the website.

The concept of “stigmatized property” in real estate is somewhat controversial. Buyers or tenants may shy away from property where someone has died, a murder or serious crime has been committed or even the belief that a house is haunted — and all of these factors may result in devalued appraisals.

The concept of “stigmatized property” in real estate is somewhat controversial.

Whether an agent or broker has a legal obligation to disclose whether a property is stigmatized varies by state. Some states don’t require disclosure at all, and no legal action can be taken against a seller or agent for not disclosing; some states require disclosure of adverse events that happened within a certain amount of time before the purchase date; and some states require sellers to disclose the information only if a buyer asks.

The National Association of Realtors offers a field guide to stigmatized property for Realtors.

Homes involved in high-profile murders and deaths are often difficult to move. For years, brokers have struggled to sell the Akron, Ohio, home where convicted serial killer Jeffrey Dahmer grew up and murdered his first victim, Steven Hicks, scattering Hicks’ ashes outside of the home.

In some cases, a death doesn’t even have to occur on the property in order for it to be considered stigmatized.

A death doesn’t have to occur on the property in order for it to be considered stigmatized.

In 2013, after three missing Cleveland women were discovered being held prisoner in the home of kidnapper Ariel Castro, it did not take authorities long to demolish the home in which Castro’s crimes occurred.

The modest, dilapidated home on narrow Seymour Avenue, on the near west side of Cleveland, which attracted thousands of curious onlookers in the wake of the discovery, was promptly demolished at the conclusion of Castro’s trial as part of a plea deal to spare Castro from the death penalty — as well as a plan to spare the already foreclosure-plagued neighborhood from the stigma and Castro’s victims from the painful memories of the years they spent chained up and tortured in the home. Castro committed suicide about a month into his prison sentence.

A buyer’s right to know

But Condrey believes that homebuyers have a right to know a home’s history before they make an offer.

“If it is not as important as some in the real estate industry alludes or the state laws address, then what is the problem with telling buyers before they invest their time, emotions and money into the property?” he asks on the website. “Let them know before investing so that they can be better informed to make the best decision for themselves and their family.”

For $11.99 per search, the website’s users are given any records found stating there was a death at the address, a list of previous residents and people associated with the property, notification of any fire-related incidents occurring at the address and even reported meth lab activity.

Reports are gleaned from both public records and data provided by “some private data aggregating companies” with whom SPS has partnerships. The company does not guarantee the accuracy of the data used in its search process and notes that most of its data comes from government records dating back to the mid-1980s that have been digitized.

“We do not have or claim to have all of the records in the U.S.,” the company states. “We do have U.S. government data that reaches back to the 1940s and manual data that can go back even further. Our algorithm searches through them, cross references and lastly validates against government records, but even that does not guarantee its accuracy. The government even states that they do not have all of the data or guarantee its accuracy.

“Our disclaimer states that Diedinhouse.com is merely a great tool to use to assist you with finding out if someone has died at a specific address. It is always recommended that before anyone purchases or rents a home, to run a Died in House Report, ask the seller and agent if they are aware of any deaths, speak with neighbors, search the address online and check government records for any information related to the property.”

But buyer beware: Much like death, all sales are final, and DiedinHouse.com does not offer refunds. 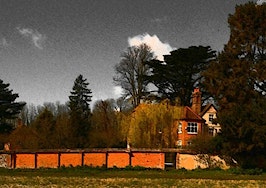 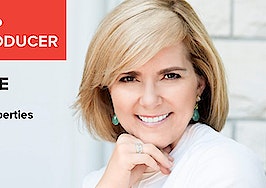 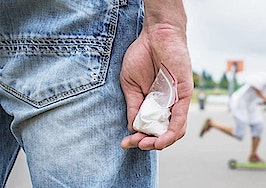 The heroin addict next door
Back to top
Only 3 days left to register for Inman Connect Las Vegas before prices go up! Don't miss the premier event for real estate pros.Register Now ×
Limited Time Offer: Get 1 year of Inman Select for $199SUBSCRIBE×
Inmanpot
Log in
If you created your account with Google or Facebook
Don't have an account?
Create an Account
Forgot your password?
No Problem