by Gretchen Koitz
Share this article
You successfully shared the article.
Close

Because of height restrictions put into effect in 1910, Washington, D.C. is a city with no skyscrapers. The limits imposed dictated that no building could be higher than the width of the adjacent street plus 20 feet. The Washington Monument, which is about 555 feet, remains the tallest building in the city because construction began at the end of the 19th century.

A turnover in administration does not mean mass evacuation

Many people assume that we are a real estate market that ebbs and flows as administrations change. This, in fact, is not true. As fewer and fewer members of Congress actually make their homes in D.C. (they tend to commute, and their families tend to stay in their home districts — a change that is due in part to the cost of living in the D.C. area) and as more and more staff are D.C. residents, the number of homes that turn over is minimal.

There are some members of the cabinet who do buy and sell, but most see this as a temporary gig and, therefore, tend to rent and not purchase.

Getting your ‘waters’ straight

If you want a view of the Potomac, you better learn the “water” lingo. There’s the Watergate, which is actually a three-building co-op complex next door to the Kennedy Center. Here you’ll find apartments anywhere from around 600 square feet to more than 6,000 square feet. Prices range from the low $300,000 to more than $3 million.

Then there’s Water Street, a 72-unit condo building in Georgetown built in 2004, where prices range from just over $1 million to well over $5 million.

And, if you cross the river into Virginia, there is Waterview. This building consists of 134 residences in 31 stories, and units are priced between $500,000 and $6 million.

We’re getting younger and smaller

Considering the District has the highest percentage of single-person households in the country (45 percent and growing!), it is no wonder that D.C. will be witnessing its first significant wave of real estate development projects featuring micro-studios, condo units ranging in size from 220 to 375 square feet.

In a city where building height restrictions limit the ability to build up and worsening traffic decreases the attractiveness of building further out, the answer to D.C.’s need for denser living may just be going small.

Several upcoming projects include micro-condos at PN Hoffman’s $1.5 billion project at The Wharf, and micro-apartments at the historic Dupont Mansion and in Shaw’s Blagden Alley, which will give DC’s single residents a “small” place to call home.

DC’s ‘forgotten’ quadrant will soon be the ‘it’ location

D.C. has an older and often-forgotten quadrant that is about to majorly burst onto the scene and totally transform the way the city’s residents live. The long-ignored southwest portion of D.C. is undergoing a transformation, everything from luxury condos and apartments (with coveted water views) to restaurants, retail and even a rumored new concert venue.

All of this is taking place just steps to the National Mall, and that will help make this area the place to be in D.C. by 2018.

Gretchen Koitz is Principal at The Koitz Group.

Are homes in DC becoming too expensive? 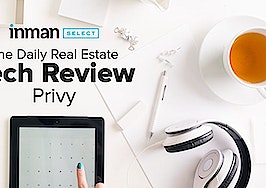 Privy: a search and analysis tool for agents working with investors 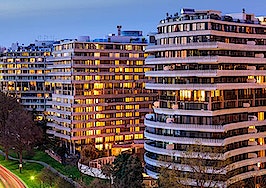 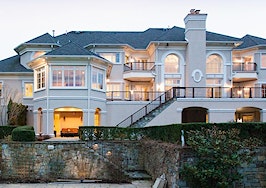 Luxury listing of the day: 8-bedroom estate outside Washington, DC
Back to top
Only 3 days left to register for Inman Connect Las Vegas before prices go up! Don't miss the premier event for real estate pros.Register Now ×
Limited Time Offer: Get 1 year of Inman Select for $199SUBSCRIBE×
Inmanpot
Log in
If you created your account with Google or Facebook
Don't have an account?
Create an Account
Forgot your password?
No Problem