Imagine: A single database where all real estate agents who want to market properties before listing them on the MLS could expose them to the full universe of local agents, or even prospective buyers. While a number of startups are racing to make this vision a reality, they all still have a long way to go.

The problem: You want to tell the world about a new listing before plopping it in the MLS. So, you painstakingly spread the word through a hodgepodge of communication channels, such as Facebook, Twitter, email and text.

The solution: A tool that automates the entire process for you — getting the listing out to agents and consumers, instantly.

Texas-based HipPocket, a free mobile app, has augmented its off-MLS listing database with a tool that can streamline the entire process of marketing listings off-MLS. After entering a listing into HipPocket’s database, agents can use the app to seamlessly share the property across popular marketing channels, rather than draw up separate posts or messages for each one.

The tool marks one of the latest efforts to cater to agents’ growing tendency to “pre-market” properties as “coming soon” before listing them in the MLS. Some data suggests that “pre-marketing” can reduce the number of days a property ultimately spends on the MLS, though some critics say the practice undermines the MLS and can, in some cases, deny a property adequate exposure on the MLS, potentially resulting in a lower sales price. 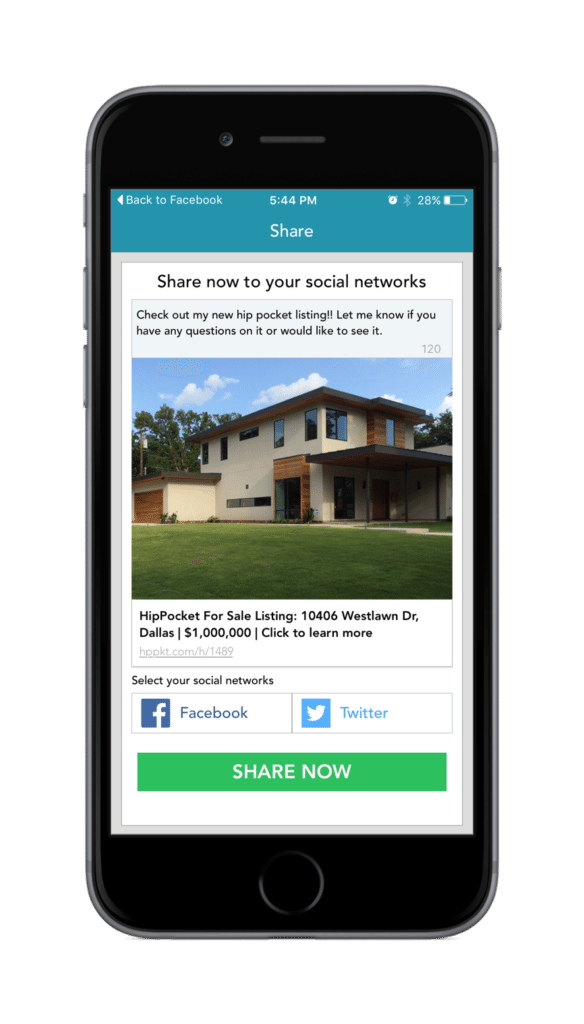 HipPocket users can post an off-MLS listing to Facebook and Twitter accounts with a couple taps. They can also seamlessly post a listing on various Facebook groups, though not simultaneously. In addition, users can quickly generate email and text messages that are pre-populated with listings, and fire them off to various contacts.

CEO James Bohan-Pitt claims HipPocket’s “Social Listing Service” cuts the time it takes for a typical agent to advertise a listing off the MLS by 70 to 80 percent.

Traction and a chicken-and-egg conundrum

Austin, Dallas, Houston, San Diego and Miami are the markets where HipPocket has gained the most traction, with the service claiming 1,000 members in Dallas. About 75 listings collectively worth $20 million and 70 “buyer needs” requesting properties worth a collective $30 million were posted on HipPocket’s Dallas listing database in December, according to Bohan-Pitt.

But a chicken-or-the-egg problem has presented a barrier to growth: needing listings to attract agents but needing agents to attract listings. The platform’s sharing tool largely solves this problem, according to HipPocket co-founder Clay Stapp. 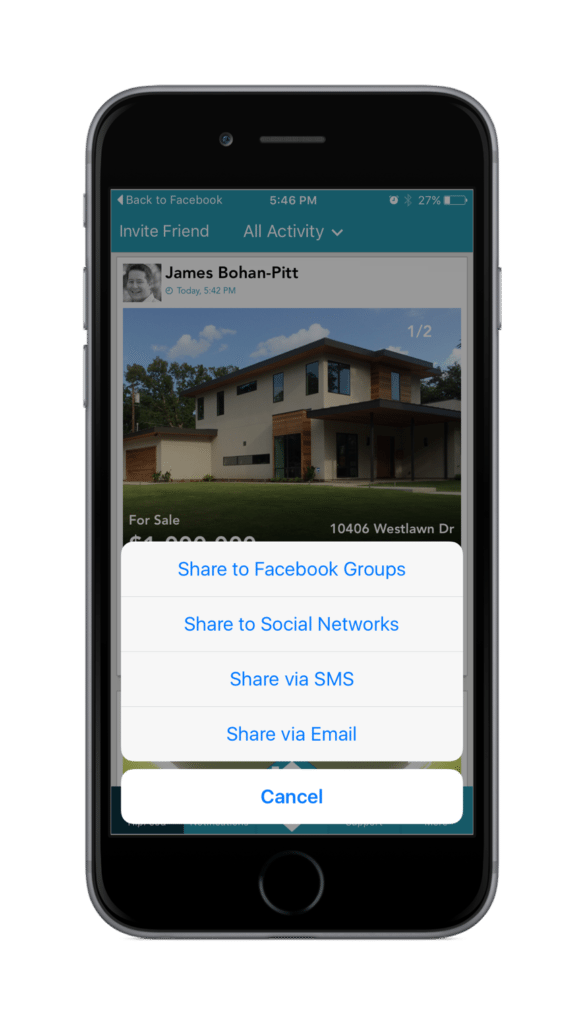 Agents should be aware that they are often required by MLSs to obtain written permission from sellers to withhold for-sale properties from the local MLS for longer than a certain period of time after signing a listing contract.

Bohan-Pitt says users appear to be carefully complying with these rules.

HipPocket also offers a special version of its platform to brokerages. The platform includes a private network that agents at the same brokerage can use to market listings off-MLS to each other before sharing them with a wider audience. Ten brokerages have signed up for the service so far, Bohan-Pitt said. 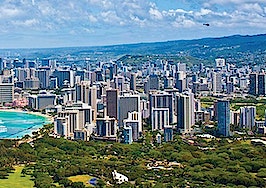