The Cupertino-based foundation was established in 2002 by the founders of Intero Real Estate Services, Inc. It is an effort to further the company’s mission to positively impact the growth and well-being of children in the communities where their agents work and live. They have made grants to a diverse range of organizations, from arts groups to programs of the YMCA, and many in between.

The fundraising efforts are diverse. Intero agents and employees envision, promote and work on the events together. They also give themselves. Last year, those efforts enabled the Foundation to raise more than half a million dollars.

Intero agents give back to their communities

That bump brought the total money raised since inception in 2002 to more than $4 million. And, that put the Foundation’s endowment at more than $1 million.

John Thompson, Intero’s Chief Operating Officer explained in a statement how that money was raised: “Agents donate a portion of their earnings from every home that is sold. As a company, this commitment makes a big statement. Therefore, when you drive by an Intero for sale sign or work with an Intero Realtor, you can feel good that at-risk children in the community will be served.”

The largest events were Intero’s biggest fundraising events, Silicon Valley Gives and their part in Giving Tuesday. Both are large annual online giving events that involve nonprofit organizations around the Silicon Valley and the world, respectively.

The Intero Foundation is not rated on the website Charity Navigator, as it has less than $1 million in annual revenue for the last period on record. That’s the benchmark for inclusion in Charity Navigator’s rating system.

“We are really pleased with the performance of the Intero Foundation in 2015,” said Foundation President Lana Morin Pierce, in a statement. “Our individual agents collectively contributed over a half million dollars last year. This was a nearly 15 percent increase over our 2014 numbers. Our agents are so generous!”

“And the best part is that we touched so many children’s’ lives here in our communities through the numerous grants we gave out. I’m excited for what is to come, as 2016 unfolds!” 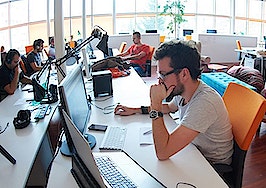 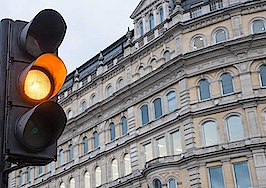 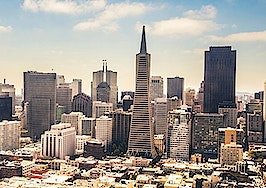 San Francisco home values are increasing faster in the city vs. suburbs
Back to top
Thousands of real estate pros joined us virtually for Connect Now and you can access the replays with a 2022 bundle.Access Now×
Agent Appreciation Sale: Inman Select for only $85.CLAIM OFFER×
Inmanpot
Log in
If you created your account with Google or Facebook
Don't have an account?
Create an Account
Forgot your password?
No Problem