by Ryan Bokros
Share this article
You successfully shared the article.
Close

#ICNY 2016 was the 10th Inman event I’ve attended in the many years I have been in the industry. Inman Connect in New York and San Francisco are always two of the top trips on my calendar — and this year was no exception.

I love attending Inman events and sharing all the nuggets I come away with via social and through pictures, whether I am an Inman Ambassador or not — that’s why this year was, indeed, the exception.

While strolling the wonderful streets of Manhattan, my iPhone decided to take a flying leap from the grasp of my gloved hands into a slushy puddle of melted ice. As you could imagine, my heart stopped, and I knew the outcome was likely to be disastrous. Within 20 minutes of this mishap, death occurred — no more operational iPhone.

Of course, I freaked out and tried every trick under the sun in an attempt to dry out my phone. I prayed for some resemblance of operation or life, which, sadly, never occurred.

Through failed attempts to get help from the Apple Store and Sprint, I went dark, off the grid, disconnected. I quickly realized that I would have to find a new way to fulfill my duties as an Inman Ambassador and remain connected with those around me for the rest of the week — without a phone (gasp). Thus sets the stage for the rest of my week at #ICNY.

As the word got out about my loss, I was instantly surrounded by other Inman Ambassadors and attendees to make sure that I was not left behind on lunch plans, sessions others were covering, who was going to be where at what time and evening happenings (yes, those are crucial at Connect).

They offered a phone to stay in touch with my wife and kids to say goodnight, which made my day. It was a sweet sigh of relief to know that I would still remain connected, while being disconnected.

Interesting things also began to happen: conversations got deeper and time spent with friends, old and new, became sweeter. Without the distraction of the constant buzz in my back pocket, conversations stayed on track, lasted longer and went into the lives of those I was engaged with — family, business, hobbies — you name it.

Without the distraction of the constant buzz in my back pocket, conversations stayed on track.

I was no longer worried about the latest tweet, Insta pic posted or Facebook group message. I was fully engaged with the person standing eye-to-eye three feet in front of me.

What I soon realized was that without the potential distraction that my phone might have had in the past, perhaps my experiences at Connect could have been better — much better.

The memories made during my “disconnected week at Connect” have forever been ingrained in my mind and my heart but less memorialized by pictures and tweets from my iPhone. And I am totally OK with that.

A very late night of karaoke (OK, maybe more than just one night), trips to city landmarks and dinners with amazing people are all forever held tightly inside.

The difference that the lack of my 5.7-inch technological marvel had on my week helped me realize that I needed to concentrate more on living in the moment with the people who surround me.

I consistently went back to the idea that as much as we rely on these devices that run our lives, they are only as good as we are at building relationships — and those relationships could potentially become distracted by the technology we love so much.

My disconnected week at Connect was one I will never forget, for many reasons. It was one without the distraction of my beloved iPhone. It was one of deepened friendships and embracing the moment.

My disconnected week at Connect was one I will never forget. @RyanBokros

It was one where I saw people come together to look out for one of their own. It was one that made me realize that though technology initiated a lot of these friendships, being face-to-face was where the real magic happens.

This is not to say you can’t be connected while taking pictures, tweeting and the like; this is a story to say that there is a greater force to deepening and creating meaningful relationships, and those are fostered most when distractions are at a minimum.

Oh, and yes, I got a new iPhone as soon as I returned home to Houston.

Thank you to all who made my week at Inman Connect, one that will never be lost in my memory — you know exactly who you are! See you all at #ICSF. 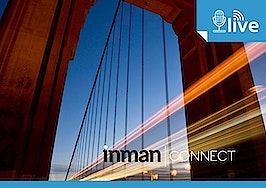 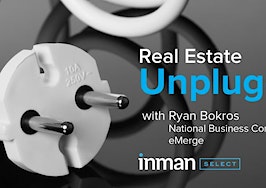 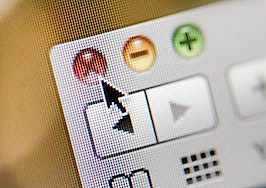 3 things for agents to consider when evaluating their websites 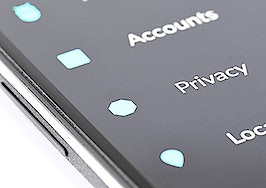