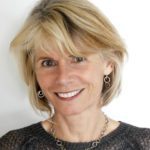 Like many who househunt in Berkeley, the young buyer missed out on the first few homes she bid on before she arrived permanently. She began working with Ann Plant, owner/partner of Marvin Gardens Real Estate, a veteran agent in the market.

The house she ended up buying came on the market when Larsen was out of town. It ticked a lot of her boxes — it was close to the beloved supermarket chain, the Berkeley Bowl; it was a couple of miles from the university campus; other professors lived nearby; and it was a really convenient location. It also had a yard for a potential new dog.

“Ann called it ‘very vanilla’ and said that there was nothing I needed to do with it right now — it sounded just like what I was looking for,” said Larsen.

She was happy to rely on Plant’s advice to put a bid on the house — without ever physically stepping inside it.

“Working with Ann was critical,” said Larsen. “We had built up some solid trust by that point. I felt that she had my priorities in mind.

“Ann had given me a pretty good description — it was even more spacious than I thought. I remember feeling like this was a place where I could live.”

Larsen would have preferred to have been house hunting on the ground, but the geography professor had to get on with her work. She put her offer in over the phone using DocuSign.

“It’s pretty incredible — I was out in the middle of a field in Amish country in Pennsylvania when I heard my offer had been accepted.”

And it’s worked out. Four years later, her house has appreciated substantially, and she really enjoys the area.

Berkeley is a very tricky market to get into despite its benign, relaxed, hippy exterior. Tough San Franciscans are brought to their knees, missing out time and time again on a house because of the multiple-offer competition.

And it is in these types of hotly competitive markets that buyers are being driven to buy sight-unseen — because they simply can’t afford to miss out if they are out of town.

What kind of buyers buy sight-unseen?

A Redfin survey last year noted that one in five buyers had made an offer on a house sight-unseen.

Certain demographics were more likely to have made an offer on a home sight unseen; for instance 53 percent who were buying at the $750,000 plus mark, 30 percent of millennials and 30 percent of single (never-married) people, according to the survey.

By contrast, the 2015 figures from the National Association of Realtors state that fewer than 0.5 percent of buyers bought their homes sight-unseen.

Plant said she probably represents out-of-town buyers more than most other agents because of the academics coming to live in Berkeley or Cal alumni returning from other parts of California or the country to retire.

The buyer determines whether it’s going to work, said the seasoned agent.

“We don’t have gated communities or suburbs — all the houses are different here. If you don’t trust that a buyer knows what they want, then it’s not at all advisable,” she said.

One couple she knows has been trying to buy for four years, flying in from Europe to see a few houses and then leaving again.

Larsen was a competent buyer to work with, said Plant.

“Laurel had to start a job, and she was a planner. She knew herself and could make a decision. She knew she wanted to ride her bike to university.

“If it’s someone who doesn’t know what they want or are wishy-washy, I would never attempt to do this,” said Plant.

Plant remembers steering Larsen away from one house she was considering because she didn’t think it was a safe area for a single woman.

“There was one that looked nice in the pictures, but she had to go through a few neighborhoods to get to it,” she said.

One of the problems Plant has when talking to the listing agent is convincing them that her out-of-town buyers are serious, she said.

“No listing agent wants to hear that the buyer never saw the house,” she said.

No listing agent wants to hear that the buyer never saw the house.

One remote buyer Plant had lost four or five or six bids, and when a house came up on the right street, with the right square footage, the buyer made the bid without contingencies, she said.

They had enough money to fix any problems that arose, but typically, this isn’t something she recommends — although it might be deemed necessary in a hot market like San Francisco.

Using tech to sell from afar

With the help of an agent they trust and the latest tech, there is no denying people are really getting  a much better sense of what a home looks like, the details of the home’s finish and what the street looks like in real time. Real estate portals are adding to the process – with Zillow recently announcing a new video walkthrough feature. 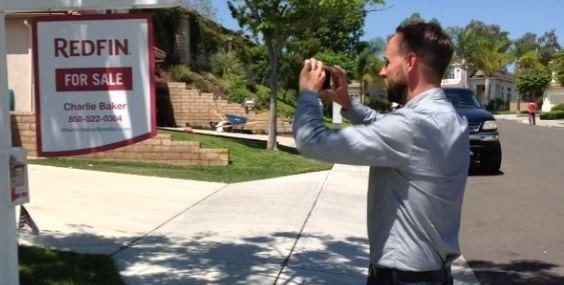 Redfin launched its 3-D walkthrough last year and has also developed a new feature that incorporates video technology into the existing tools available on redfin.com and the Redfin app. The tool, which it is piloting in San Diego and Chicago, is called Redfin Video Tours and is touted as a simple way for clients to book a video tour with a Redfin agent.

Jordan Clarke, a San Diego Redfin San Diego agent who is experienced dealing with remote buyers in the hot Southern Californian market, believes that tech will help to push sight-unseen purchases into the spotlight.  “We are going to see that these types of options give buyers a great feeling of confidence — and once they have done it once, they will do it again,” he said.

Redfin buyer Zach Kulow, a financial controller who moved to Kentucky from South Carolina with his wife Katina and their two little girls, is an example of this. He is happy with the experience he had and said he would do it again.

In their situation, Katina was starting a professor position at the University of Louisville. Because his wife was finishing her Ph.D in South Carolina, they couldn’t be in Kentucky for every open home, but they made a number of visits to the area before making the offer on their home in Prospect, Kentucky.

“We had rented three houses in five years,” said Kulow. “We were extremely tired of renting. We wanted to be home owners. To us, it was a very easy decision to buy.”

Like many buyers willing to buy remotely, they were operating on a time schedule.

“We had a window of three months to find a house, to buy it and move in. We were able to look online to find a comparative model analysis. We had time to make an offer, we had the tools which gave us a lot of piece of mind — that really helped us.” 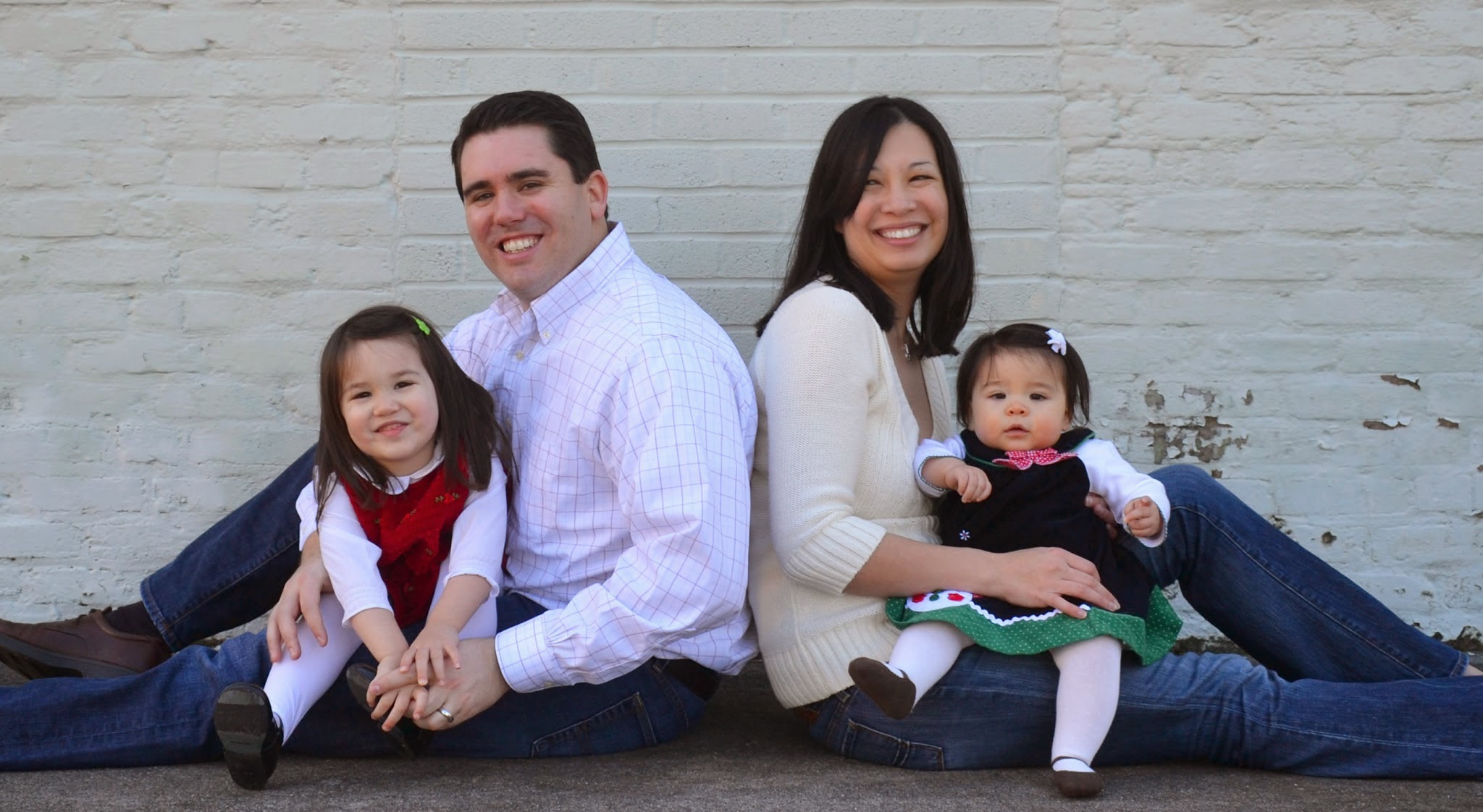 The Kulows did not take to their first agent, who was more of a traditionalist and initially forced them to look at a couple of other neighborhoods when they were clear about where they wanted to be.

When touring a home with the couple when they were back in South Carolina, their agent, Danielle Field, used Skype on her iPhone. As she walked through the house, the Kulows followed her on their computers.

Field was also able to show what the house looked like from the road and the house next door.

“The biggest advantage of doing it that way was it wasn’t just a very favorable viewpoint,” said Kulow. The pictures online give a very “idealistic” view, he said.

The results? The Kulows made an (unsuccessful) offer on their house contingent on them seeing the home; they increased their bid once they had actually seen the home.

“When we went and saw the house, we were very impressed with the site — it pushed us over the edge,” said Kulow.

He would bid remotely again, he said.

Sight-unseen around the world

For now, the most likely consumer to be buying sight unseen in the U.S. is the overseas investor who can’t be in the country but is relying on their agent to identify properties for them.

Citing 2015 figures from the National Association of Realtors, Chinese international website for overseas buyers Juwai.com said that in the $1 million to $3 million range, up to 15 percent of offshore Chinese buyers purchase in the U.S. without first seeing the home. Among investment-oriented buyers of new construction, that rises to 30 percent, varying by location and price.

“They may swoop in and quickly buy a property they have not visited,” he allowed. “What is often overlooked is that these buyers may have done six or 12 months of research, checking out properties in several cities. They are well prepared by the time they purchase.

“The other common situation for sight unseen buyers is when they’re purchasing, it is near a friend or family member. They may rely on the advice of that person, rather than doing their own research and visiting the property themselves.”

Coming later this week: Agents who regularly advise remote buyers explain exactly how it is done. 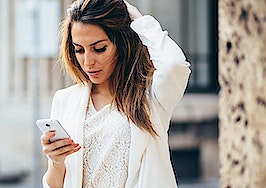 Re/Max execs prioritize quality over quantity
Back to top
Only 3 days left to register for Inman Connect Las Vegas before prices go up! Don't miss the premier event for real estate pros.Register Now ×
Limited Time Offer: Get 1 year of Inman Select for $199SUBSCRIBE×
Inmanpot
Log in
If you created your account with Google or Facebook
Don't have an account?
Create an Account
Forgot your password?
No Problem