Realogy — the franchise group under which Better Homes and Gardens Real Estate, Century 21, Coldwell Banker, The Corcoran Group and Sotheby’s International Realty — has been making big strides in technology development since acquiring ZipRealty in 2014. 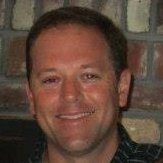 Some new promotions at the group indicate that it’s preparing for more tech movement: Jamie Wilson has been announced the new president and chief executive officer of ZipRealty, and Lanny Baker, the former ZipRealty CEO, will stay on at Realogy as a digital technology advisor to Realogy chairman and CEO Richard Smith.

“Jamie Wilson has been guiding product development at ZipRealty since the company was a start-up,” said Alex Perriello, president and CEO of the Realogy Franchise Group, in a statement. “With the integration of ZipRealty well underway, the company is quickly transforming into a technology product organization, which supports all the Realogy brands. We are excited about the new ideas that our Emeryville innovation center is developing such as the ZAPSM Store, and I am confident of Jamie’s ability to lead the ZipRealty team into the future.”

“I am honored to be leading the ZipRealty team and embrace the challenge of rolling out our technology platform on such a grand scale,” said Wilson in a statement. “It’s an exhilarating time to be developing new technology for real estate brokerages, and we are greatly motivated by the enthusiastic response ZAP has received from our large client base of brokers and agents affiliated with the Realogy franchise brands.” 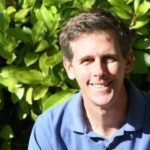 “I would like to thank Lanny Baker for his leadership and contributions to the success of ZipRealty,” said Perriello in a statement. “Lanny led what was then a publicly traded company through a transformative period during which he helped to successfully refine ZipRealty’s innovative brokerage business model and expanded its technology offerings prior to its acquisition by Realogy in 2014. We are pleased that he will continue to work with Realogy as a digital technology advisor.”

“I am so proud of what the ZipRealty team has accomplished together through the years, especially over the past 18 months where we successfully accelerated the development and deployment of ZAP into the Realogy franchise networks,” said Baker in a statement. “The future is bright for ZipRealty, and I am thrilled to pass the leadership baton to Jamie, who has been a vital member of the ZipRealty team every step of the way. I am also excited to take on this new role and contribute to Realogy on a broader strategic level as a digital technology advisor to Chairman Richard Smith.”