The National Association of Realtors will soon be a new player in the world of MLS platforms. At least one established MLS vendor has decided to embrace the change. Rapattoni Corp., which provides its MLS platform to 92 MLSs representing 110,000 subscribers, announced this week that it will integrate with NAR’s upcoming Advanced Multilist Platform (AMP).

The National Association of Realtors will soon be a new player in the world of MLS platforms. At least one established MLS vendor has decided to embrace the change.

Rapattoni Corp., which provides its MLS platform to 92 MLSs representing 110,000 subscribers, announced this week that it will integrate with NAR’s upcoming Advanced Multilist Platform (AMP).

This means that Rapattoni’s agent and broker subscribers will be among the first to have access to a new MLS “front end” from Rapattoni and the AMP “back end” from NAR subsidiary Realtors Property Resource (RPR), the companies said in joint press release.

Front ends and back ends

Front ends are the agent-facing part of the MLS, where agents enter and edit their listings and perform comparative market analyses and other functions. The back end is the database itself, where MLS data is stored.

Currently, MLSs use the same vendor for both front ends and back ends. But several industry experts have noted that separating the two could potentially spur competition, and therefore innovation, among MLS vendors.

Having multiple front ends would allow agents to access MLS data in various ways, including via brokerage, franchisor or third-party websites or through dedicated tools such as the one being developed by Rapattoni.

“The RPR AMP platform is designed to allow any number of different front-end applications to interact with the database and provide agents and brokers with a gallery of tools, programs, and choices that up until now were not available,” Bob Bemis, RPR’s vice president of business technologies, told Inman via email.

“What agents will be able to do in the future, that they cannot do today, is limited only by the imagination of the innovative software developers who are looking at AMP as an opportunity to be in the real estate marketplace.

“We fully expect that the open architecture of AMP will invite many software developers to participate in the marketplace who have historically been impeded from doing so because of the multiple barriers of entry. Under the AMP architecture, developers will build their applications one time and it will integrate within the AMP installation.”

Because the AMP database will be based on the latest data standards, it would be able to connect to any standards-based front end chosen by brokers.

“This is a good first step toward a much more flexible and user-centric MLS experience in my view,” wrote Marilyn Wilson of real estate consulting firm WAV Group in blog post about the integration announcement.

“It would be great if every broker could define their own unique blend of MLS modules that work best for the needs of their company. Ideally, many of them can be branded to the broker and can be seamlessly integrated with other broker tools to make the MLS system the center of a Realtor’s entire technology solution.”

Pulling in data from multiple sources

Rapattoni’s MLS front end is being designed to pull in listing data from multiple sources — not just AMP or other MLS back ends — and present that data in a single interface, according to Brian Tepfer, Rapattoni’s chief technology officer.

“We’re looking to the future of the MLS business, anticipating the needs of our customers as well as the industry at large,” he said in a statement.

“Our MLS is being architected to facilitate integration with a broad spectrum of emerging technologies.”

Application programming interfaces (APIs) based on the standards from the Real Estate Standards Organization (RESO) will allow MLS front-end users to pull real-time search results from various sources into a single display without the need to store the data in AMP, where it may become outdated once stored, Bemis said.

“For example, a property report might contain not only a history of previous listing activity from the MLS but also school data … estimated drive time traffic reports based on a potential buyer’s commuting needs, and airport traffic patterns that result in increased noise levels,” he said.

“Using a real-time API connection to these four databases, a software developer would no longer need to maintain local copies of all of that data. The developer could merely query the appropriate databases and consolidate the query results into their display.”

On the other hand, if an MLS wants to offer their members a data source that doesn’t change very often, such as property tax records, RPR will integrate them into AMP, Bemis said. While RPR’s database includes tax data from Black Knight, RPR recognizes that some MLS may prefer tax records from CoreLogic’s Realist, for example, and would accommodate that desire, he said.

RPR will also incorporate any data that it has a license for into AMP, Bemis said. He declined to specify which companies RPR licenses data from, noting that information was not readily available and possibly constrained by confidentiality.

What will AMP cost?

In May, NAR’s board approved up to $12 million in funding over the next three years to develop AMP and an AMP-powered broker platform, Upstream. AMP will be populated with property data from RPR and designed for small-to medium-sized MLSs. MLSs with fewer than 10,000 members represent more than half of all Realtors, according to RPR.

At the time of the approval, RPR CEO Dale Ross noted the average monthly wholesale cost per member for each MLS in the U.S. was $9 with an average retail (subscription) cost of $39 per month for members. With AMP, that $9 would go down to somewhere between $3 and $5 per member per MLS, Ross said at the time — closer to what larger MLSs pay now. MLSs would continue to charge their own subscription fees.

But RPR has not made any firm decisions yet as to what AMP will cost, Bemis said.

“Pricing discussions are ongoing,” he said. “RPR recognizes that in order to enter the market, the pricing for AMP will need to be competitive. We intend to position AMP as a product with capabilities beyond what current legacy MLS systems can offer.”

Deal not done yet

RPR and Rapattoni have not yet signed a formal agreement, but wanted to indicate to the industry that they intended to go forward with an integration, Bemis said.

“Rapattoni announced last September that they were separating the front-end user interface from the backend database in order to offer more flexibility in the architecture of their MLS system,” he said.

“RPR has had conversations with many developers about how to connect their front end system to the AMP database but no formal agreements are in place.”

Any vendor that meets technical requirements and agrees to intellectual property stipulations to protect the data will be able to attach to AMP under a formal agreement, Bemis said.

“We’re not going to pass judgement on whether a product is good or not good. We’ll leave that to the MLS,” he said.

No completion dates set yet

RPR and Rapattoni have not set a specific target date for the integration to be complete, Bemis said.

“There is still a large development cycle to complete before either of these initiatives goes live in any market,” he said.

“AMP will begin alpha testing later this summer; beta testing is anticipated by late fall or by year-end. RPR is in the process of identifying its first test markets but has not announced these markets.

“We have some Rapattoni accounts that have volunteered to be early test subjects for AMP markets. The final decisions will be made during the next few months.” 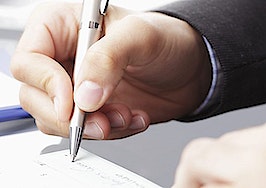 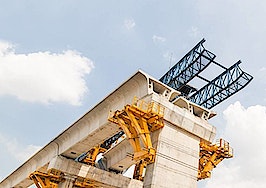 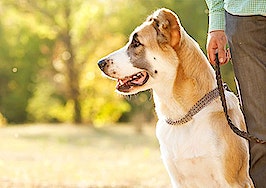 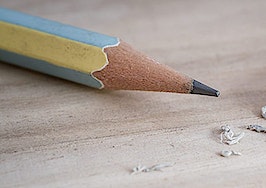 Upstream update: Your MLS add/edit tool may disappear
Back to top
Inmanpot