by Eric Halsey
Share this article
You successfully shared the article.
Close

Anyone in the mortgage industry will tell you that the market has evolved significantly since 2008, but these evolutions haven’t been explained well to consumers. Frankly, the industry could learn a lot from how ‘The Big Short’ manages to explain the various financial tools used to perpetrate the crisis. That’s where mortgage brokers’ real response should be: not in being overly defensive or pushing blame elsewhere, but in using this opportunity to explain their business.

“The Big Short” might not have taken the Academy Award for best picture (though Best Adapted Screenplay is nothing to scoff at), but it’s still a film mortgage brokers have to reckon with.

The movie’s portrayal of malfeasance on a massive scale within the U.S. mortgage market has brought the drama of the 2008 crisis right back to the pages of newspapers and magazines around the country.

Even for someone familiar with the industry and the history of the crisis, it would be difficult to see the film and not wonder how more firms didn’t go under.

‘The Big Short’ is a film that mortgage brokers have to reckon with.

Considering the scale of the crisis, surprisingly few firms went bankrupt (if you’re wondering why more licenses weren’t lost, it might be helpful to review this mortgage broker bond guide).

Following the economic recovery — for those who would call it that — and the Oscar hype, how should mortgage brokers feel about this film and its cultural impact?

Even as recently as February 2016, mortgage brokerages have felt the need to distance themselves from the actions of brokers in the film. In the Detroit News, Mat Ishbia, the president of a Michigan-based brokerage, points out, “A few wholesale mortgage providers … decided not to play along … Unfortunately, moviegoers didn’t see this.”

Is this fair criticism? Probably not. The film already has the laudable goals of both telling the story of those few people shorting the mortgage market before the crisis, as well as the difficult task of explaining CDOs (collateralized debt obligations) and similar tools to the average American.

Expecting it to also show the mortgage brokers who weren’t engaging in abusive practices is too much.

Brokers might be defensive about their harsh portrayals, but there’s only so much one film can teach a general audience.

There’s only so much one film can teach a general audience.

Ishbia later complains about the film leaving out the story of legislation like the Dodd-Frank Wall Street Reform and Consumer Protection Act, signed in 2010, but the same criticism applies here: it’s simply unreasonable to expect the film to discuss all of this legislation.

So what should mortgage brokers who feel unfairly criticized by movie’s portrayal of their industry do?

Here’s where Ishbia gets it right: His article, for all its flaws, takes advantage of the publicity the film has brought to the industry to give consumers more information and more confidence in how mortgage brokers operate in 2016.

Conservative economists, however, have had their own response to the film, and its portrayal of mortgage misconduct.

Is ‘The Big Lie’ Fair Criticism?

In a Dodd-Frank in the conservative publication The National Review, which dubs the film ‘The Big Lie,’ Deroy Murdock lays the blame not on private mortgage brokerages, but squarely at the feet of government policy.

He outlines how from the early ’90s, the Department of Housing and Urban Development, Fannie Mae and Freddie Mac were all pushed to offer more mortgages to less-qualified borrowers.

This is a “yes, but” moment. It’s true that government policy played an outsized role in pushing public, private and mixed (or whatever you’d like to call Fannie and Freddie) brokerages toward giving more of these loans.

‘The Big Short’ does a good job of showing how the crisis was perpetrated at many levels.

However, when you ignore the fact that some brokerages were jumping at the chance to make huge profits on these kinds of loans while others stayed out, you’re leaving out a huge part of the story.

In fact, “The Big Short” does a good job of showing how the crisis was perpetrated at many levels: in corporate boardrooms, in the offices of rating agencies and on the ground by greedy brokers.

Taking this into account, both Murdock’s and Ishbia’s criticisms aren’t quite fair. But they do point to the best way brokers have to respond to the film and the discussion it has created.

Anyone in the mortgage industry will tell you that the market has evolved significantly since 2008, but these evolutions haven’t been explained well to consumers.

Frankly, the industry could learn a lot from how “The Big Short” manages to explain the various financial tools used to perpetrate the crisis.

That’s where mortgage brokers’ real response should be, not in being overly defensive or pushing blame elsewhere, but in using this opportunity to explain their business.

It comes down to not seeing this blockbuster as an attack, but as an opportunity.

It comes down to not seeing this Hollywood blockbuster as an attack, but as an opportunity. By bringing attention to the mortgage industry years after the crisis, brokers have the chance to start a larger dialogue about how the industry has evolved since then. It’s an opportunity that every broker should take.

How has your brokerage sought to educate the public on how the mortgage market works today? How has “The Big Short” affected you in your business?

We’d love to hear how you’re responding to these issues in the comments.

Eric Halsey is a historian by training and disposition who’s been interested in U.S. small businesses since working at the House Committee on Small Business in 2006. He has a particular interest in the Surety Bonding and Real Estate and Professional Certification, and he loves sharing his knowledge of the industry for JW Surety Bonds. 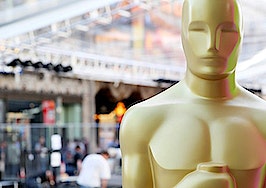 TRID, explained
Back to top
Only 3 days left to register for Inman Connect Las Vegas before prices go up! Don't miss the premier event for real estate pros.Register Now ×
Limited Time Offer: Get 1 year of Inman Select for $199SUBSCRIBE×
Inmanpot
Log in
If you created your account with Google or Facebook
Don't have an account?
Create an Account
Forgot your password?
No Problem