Today, RealtyTrac released its Q1 and March 2016 foreclosure market report, showing national foreclosure rates declining to pre-recession levels in 36 percent of metropolitan areas. Although there was a bump in foreclosure activity — default notices, scheduled auctions and bank repossessions — driven largely by a 21 percent increase in foreclosure starts last month, this is a typical trend of the spring season, according to Daren Blomquist, senior vice president at RealtyTrac.

Although there was a bump in foreclosure activity — default notices, scheduled auctions and bank repossessions — driven largely by a 21 percent increase in foreclosure starts last month, this is a typical trend of the spring season, according to Daren Blomquist, senior vice president at RealtyTrac.

“Over the last 10 years, we see a 6 percent month-over-month increase in foreclosure activity. In March 2016, we saw an 11 percent increase. The whole purpose of a foreclosure is to sell the property so banks can recoup their losses on the loan,” said Blomquist.

Blomquist pointed out that banks push delinquent properties through the foreclosure process in the spring, knowing they can recoup the most returns this time of year, like any other seller would. And, with low inventory across most markets, banks can receive top dollar for foreclosed homes.

While RealtyTrac reveals an overall healthy national chart, some cities are faring better than others.

Both the LA and Houston markets are located in nonjudicial foreclosure states, meaning the lender does not have to go to court in order to foreclose on a home, making the process more efficient and minimizing the leftover foreclosures from the housing crisis.

Although Florida is a judicial foreclosure state, which makes the process more lengthy and could lend itself to stale underwater homes bringing down the current rates, Miami is still 19 percent below its pre-recession levels.

“The Miami market overall is so hot. Many homeowners in South Florida who were potentially facing foreclosure are maybe able to bail out because they’ve been able to regain their equity,” said Blomquist. “That’s why you see a difference between South Florida and Central Florida; because home prices haven’t bounced back as much in Central Florida.”

In the east, foreclosures seem to be more prevalent. But again, Blomquist attributes quarterly gains to the legal process between the lender and the courts and how that has lead to a lingering rebound for the East coast metros overall.

“It’s one of those where the state was very aggressive and the courts there in trying to prevent unnecessary foreclosures. However, the unintended consequence is you defer a lot of foreclosure activity and kick the can down the road. That’s what we’re seeing now,” said Blomquist.

New York and Chicago more alike than you might think

“Both New York and Chicago have this lengthy process that has resulted in a lot of lingering foreclosures still coming through the pipeline,” said Blomquist. “The New York metro encompasses Northern New Jersey where the housing market is not as robust. Chicago is probably the opposite — the more inner core of Chicago has a lot of neighborhoods where home prices have not recovered.”

Blomquist notes that the foreclosure filings in certain pockets of large metros leaves neighborhoods behind in the overall housing recovery. Homeowners underwater have no “escape hatch” to avoid foreclosure — which usually comes when building equity. We might see home prices in metros rising, but not the submarket specific struggles where owners can’t build fast enough to keep up with their mortgages.

One in every 183 housing units make Baltimore number three in the U.S. among the 216 metropolitan statistical areas with highest foreclosure rates in the first quarter.

Two key factors led to Baltimore’s rank as one of the highest foreclosure cities – the judicial process in Maryland and a broader economy not responding well to recovery. However, there is a silver lining.

“Baltimore is seen as a great place for real estate investors. The inexpensive housing and foreclosure bargains are driving investors to fix up homes and sell them to commuters and millennials who can’t afford DC,” said Blomquist. 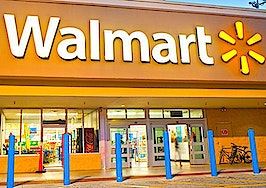 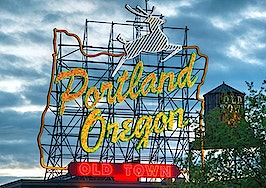 RealtyTrac finds gas leak has negatively impacted Porter Ranch's home sales market
Back to top
Only 3 days left to register for Inman Connect Las Vegas before prices go up! Don't miss the premier event for real estate pros.Register Now ×
Limited Time Offer: Get 1 year of Inman Select for $199SUBSCRIBE×
Inmanpot
Log in
If you created your account with Google or Facebook
Don't have an account?
Create an Account
Forgot your password?
No Problem