Haiku Deck, a snappy and visual alternative to PowerPoint and Keynote that has, until today, been an iPad app, released its first-ever native iPhone version (Haiku Deck 4.0) free for download in the App Store. It’s a progression that founder Adam Tratt knows users have been asking for.

Portable tech to agents represents more than a matter of convenience. It’s a competitive advantage. That’s why industry pros will be happy to hear that they can now edit their listing presentations from the 4-inch screen currently in their hand.

Haiku Deck, a snappy and visual alternative to PowerPoint and Keynote that has, until today, been an iPad app, released its first-ever native iPhone version (Haiku Deck 4.0) free for download in the App Store. It’s a progression that founder Adam Tratt knows users have been asking for. 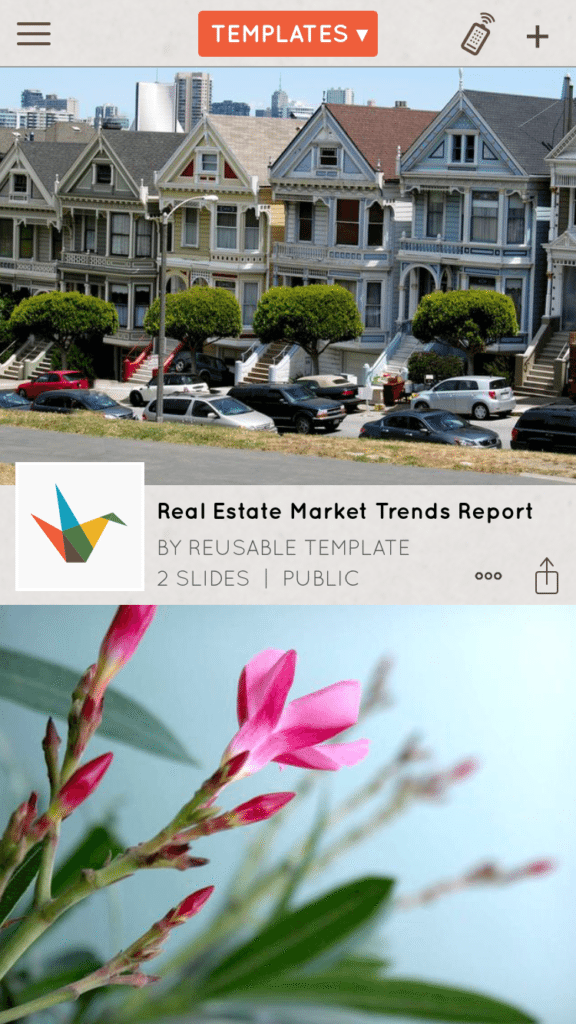 “You never really know in what context you’ll be presenting your information, so the content that you create in Haiku Deck can be shown on your phone, and it’ll look nice,” Tratt said. “After you make it, if you want to pull out your iPad, it’ll be there, too.”

Many agents have already come to know and love Haiku Deck as an easy and elegant tool for compiling property photography into a marketing package.

The software initially rolled out in the fall of 2012 as mobile tech really started to pick up momentum, timing that Tratt says has given it an edge in that space. After its release, Inman wrote about how the simplicity of one agent’s Haiku Deck slides helped land him a seven-figure listing.

With the iPhone app, the same structured creative philosophy hasn’t changed — users are limited in the number of words they can put on a page and forced to keep it short.

As we all know, there’s beauty in brevity.

Taking into account the difficulty of typing on a small screen and grabbing images from multiple locations, the new app aims to make the creation process even easier with several features:

1. Integration with your camera roll

“You’ve got your 10-slide deck in a matter of five minutes, and you’ve got a beautiful presentation that will promote a property.”

The app still offers 40 million royalty-free images through Creative Commons, and from Haiku Deck, agents can now search for a keyword — the software will predict and auto-populate the words you’re typing and bring up a list of the most relevant images.

This could come in handy if an agent were looking to drop in a shot of the city skyline or neighborhood park. 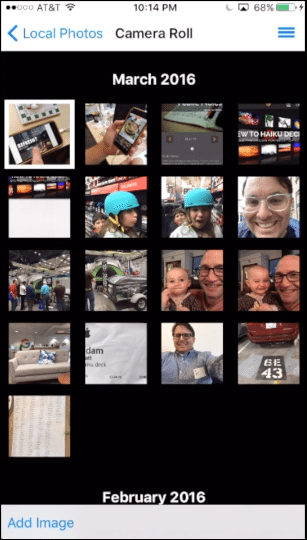 Save your eyes and fingers from the stress of dealing with tiny features just like you do with voice texting. Dictate your desired copy after tapping on the microphone button, and it will appear in your presentation.

3. Ability to edit on the fly

Your slide decks are stored in the cloud, so your changes aren’t lost between devices. This gives you the ability to personalize slide decks during your Uber ride from one presentation to another.

Among the thousands of templates that can be instantly remixed on Haiku Deck, several cater specifically to agents, including the vacation rental, neighborhood showcase and real estate market trends report templates. 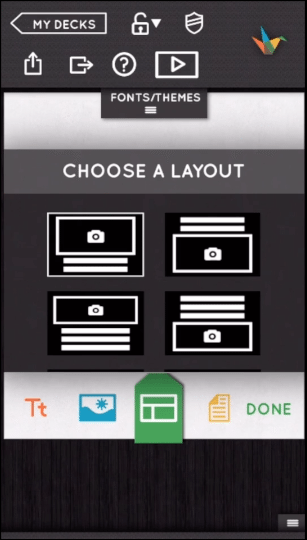 As described in the product announcement: “View slide notes as you present. The audience sees the slides; you see your talking points.”

From overhead projector to smartphones, the evolution of presentation tech has taken the course of all things digital, shrinking in size as its potential climbs higher.

“We’re no longer tied to our desks — we are working and collaborating from couches, coffee shops, and airport lounges,” Tratt said, in a press release. “Now you can create a stunning presentation no matter where you are and which device you happen to have handy, whether you have design skills or not.” 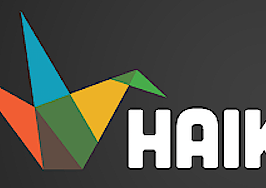 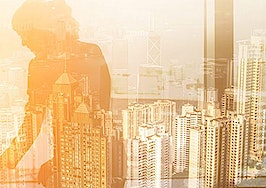 Agents can now generate traditional floor plans from their 3D Matterport spaces
Back to top
Keep up-to-date on tools and tactics to impress your clients and outshine your competition with the 2022 virtual bundle.Register Now×
Agent Appreciation Sale: Inman Select for only $85.CLAIM OFFER×
Inmanpot
Log in
If you created your account with Google or Facebook
Don't have an account?
Create an Account
Forgot your password?
No Problem