by Laura Ure
Share this article
You successfully shared the article.
Close

Investing any amount of money on a marketing campaign can feel like a huge step, one that should be rewarded handsomely. However, it is important to set realistic expectations for every marketing effort.

Ideally, expectations should be established before any part of the strategy and campaign is set into motion. Immediately after an agency has been retained, it’s imperative for there to be a meeting in which expectations that both parties understand are set.

Failing to communicate openly early on can result in a greater risk of disappointment. This is different than setting a goal. It’s more about defining success and understanding what is possible.

Failing to communicate openly early on can result in a greater risk of disappointment.

As a real estate agent, let’s assume you are hoping to win market share from a new farm area by sending a single 6-by-11-inch postcard. In this case, it is up to your agency to advise that this is not realistic. This is different than a single postcard to an existing farm area (in which you are well-known).

If you are already well-known, it would be appropriate to send a single postcard to announce a just-listed or a home that has just sold.

If your last few postcards failed to meet your expectations, you might have to re-evaluate your strategy. It might be time to create a campaign to gain more market share or perhaps change the postcard to garner a bigger impact (not end up in the trash).

In the first kickoff meeting with your creative team, the following should be openly discussed:

When the above is evaluated, the campaign will be either determined feasible or unrealistic. Hoping for the best isn’t the right strategy. If you only have a limited budget, it is best to be upfront about it to avoid wasting both your time and the agency’s.

Be patient and not try to rush any part of the process. A good campaign takes time because there is the expected trial and error. So if you’ve been running on empty for a while, don’t let desperation get the best of you — give the campaign the time it merits.

Don’t let desperation get the best of you — give the campaign the time it merits.

Marketing does not produce overnight success, so don’t expect it to. A steady effort over the long-haul produces the best outcomes. If you can only afford one postcard or can’t commit the time to generate social media, don’t expect a large return.

I can’t stress enough how important it is to set realistic expectations. Although there is never a guarantee, having a clear picture of what to expect from any marketing investment will work in your favor. Don’t give up, keep marketing, and enjoy the journey.

Don’t give up, keep marketing, and enjoy the journey.

Laura Ure is the CEO of Keenability, a marketing agency specializing in lifestyle marketing that targets the affluent buyer. Follow her on FacebookorTwitter. 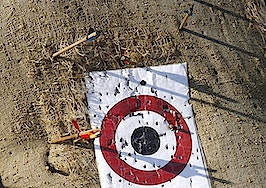 Why indecisiveness will stunt your growth 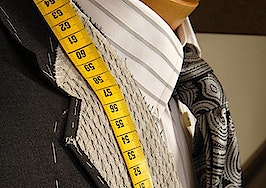 Why it's time to look at real estate websites differently 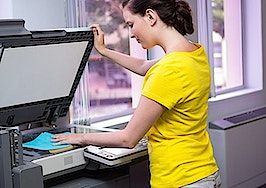 Why you shouldn't look to competitors for marketing ideas