Prices have boosted in many hot markets throughout the U.S. for the past few years, Houston included. However, declining oil prices — affecting 4.3 percent of Houston’s employment force — are upsetting home sellers.

Houston is no. 1 for real estate market slowdown, according to Trulia.

Houston isn’t alone in the oil economy factor: four out of the five metros with the largest share of employment in oil and natural gas extraction saw an increase in idle homes, too. Oklahoma City, Tulsa and Fort Worth’s home on the market after one month increased between 1.6 and 2.3 percentage points. Bakersfield, home of the largest oil economy in the U.S., remained flat over the past year.

In April, the median asking price in Houston hit $182,500, with median prices reaching over $500,000 in some hotspots. However, some expensive submarkets faced drops in both median price and price per square foot, Trulia’s data reveals.

While many metros are struggling with limited inventory, Houston’s in increasing. As inventory falls, homes move off the market faster, but in Houston, the lack of speed is leading to more homes on the market.

Houston is a more affordable in comparison to major metros, and more inventory helps keep competition at bay.

Like buyers, Houston renters are catching a break. Affordable rentals increased by 1.9 percent year-over-year, according to Trulia. In the Astrodome neighborhood, rents fell from a median $1,365 last April to $1,300 this April. Apartments in Astrodome on the market are increasing in size, too, from 948 to 964 square feet year-over-year.

Some neighborhoods saw rent growth, but leaseholders are receiving more for their dollar than they did last April. In Westbranch, for instance, median rent grew from $1,290 to $1,450 per month year-over-year, but apartment listings grew from 942 to 1,459 square feet. 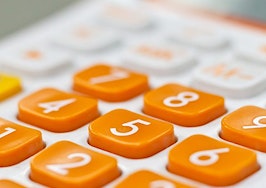 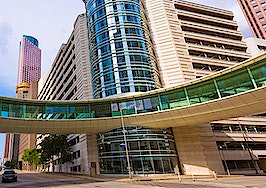 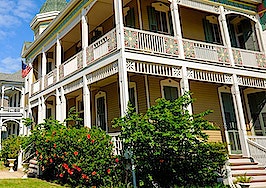 Foreclosures in Houston falling alongside the oil industry