If hindsight’s 20/20, irresponsible lenders were the ones reflected in the rearview mirror of the subprime mortgage crisis.

Now that the economy’s reached a relative point of stability, have the barriers to obtaining a home loan been stacked unfairly against some Americans?

The National Association of Realtors (NAR) would say yes, and it has written two letters to Congress (one to the House, another to the Senate) urging the government to take legislative steps that would open the doors of opportunity for potential homebuyers.

“Insufficient or non-existent credit histories are holding back buyers who have the means to responsibly purchase a home,” said NAR President Tom Salomone in an emailed statement. “Even if someone has years of on-time payments for utilities, rent, or other expenses, not all credit scoring models take those payments into account.

“That’s holding back potential homebuyers, and it particularly affects young, minority, and first-time homebuyers. Some reasonable proposals to address this issue have been put forward, and we’re hopeful that they’ll continue to gather support as we spread the word about why this is so important.”

With a coalition of 13 additional organizations, including the Mortgage Bankers Association and the National Association of Hispanic Real Estate Professionals, NAR requested support from members of Congress for the following proposed pieces of legislation.

These acts aim to bulk up the credit folders for “thin file” Americans, or those with low to moderate income who struggle to access affordable credit, by expanding the types of payments that go toward an individual’s credit history.

The legislation would amend the Federal Fair Credit Reporting Act by allowing gas, electric and telecommunication providers to report consumers’ payment histories to the credit bureaus.

Fannie Mae and Freddie Mac still rely on credit scoring models from 1995 to 2000 that fail to take into account indicators such as on-time rent payments.

By allowing government-sponsored enterprises (GSEs) the ability to view borrowers through updated and alternative scoring lenses, The Credit Score Competition Act of 2015 would give qualified Americans, especially minorities and first-time buyers, a better chance at securing a loan.

H.R. 123 would extend the National Housing Act’s pilot program to automate the process for alternative credit rating information (such as rent and utility payments) from five to 10 years.

The Department of Housing and Urban Development was directed to create the program per section 2124 of the Housing and Economic Recovery Act of 2008 (HERA).

“All of the legislative proposals listed above are not a ‘loosening or ‘weakening’ of lending standards; it is an acknowledgment that not all people come from the same backgrounds or practice the same financial activities,” NAR wrote. “Simply put, new models and the reporting of on-time payments would bring credit scoring into the 21st century, and more fairly and accurately score millions of Americans.” 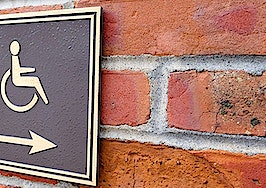 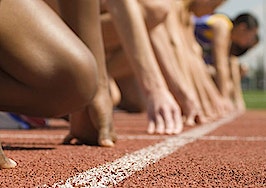 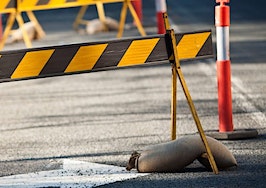