So, you’re thinking of fixing and flipping that 1920s shack you found in Oakland for $250,000? Think you’re gonna turn a big profit on that flip and cash in like they do on TV? Think again.

So, you’re thinking of fixing and flipping that 1920s shack you found in Oakland for $250,000? Think you’re gonna turn a big profit on that flip and cash in like they do on TV? Think again.

WalletHub, an online financial advisor that also happens to check credit scores, found the best places in the country to rehab a home to turn the best profit.

The goal wasn’t necessarily to rank 150 of the most populated markets on specific criteria: house-flipping market potential, renovating and remodeling costs, and quality of life — all of which had maximum scores of 35.

The best and worst cities to fix and flip

In terms of highest average gross ROI, Pittsburgh, Pennsylvania, ranked as the best place to flip a home, WalletHub says. The home of the Steelers averaged 129.1 percent return on investment. New Orleans came in at no. 2, followed by Philadelphia, Pennsylvania, Cincinnati, Ohio and Baltimore.

The lowest average return on investment for flips came from cities located in Texas, according to the report. Dallas, Fort Worth, Arlington, Plano and Garland all tied for no. 119, with Austin sitting alone at the no. 126 spot.

Out of the 150 markets ranked, San Francisco sat at no. 147 when it comes to affordable kitchen renovations. The cheapest place to renovate a kitchen was in Mobile, Alabama, according to the report. In Newark, New Jersey, the average kitchen remodel was $56,108 — the highest in the country.

New York City, Los Angeles and San Francisco all ranked 146, 147 and 150 when it comes to remodeling a bathroom. Plumbers and contractors in San Francisco pulled an average $24,506 to remodel a bathroom, the report says.

Just another walk in the park

San Francisco, NYC and Washington D.C. took the top three spots in terms of percentage of population with walkable access to parks. 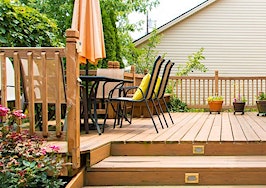 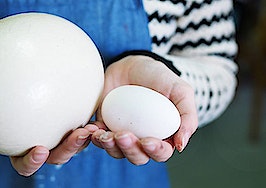 Which metros have the biggest (and smallest) homes?