With all due respect to Gary Keller, I am trying to decipher why he believes that we are gearing up for a nationwide housing “shift.” Especially when the data tells us a different story.

Editor’s note: This article is a rebuttal to a recap of Gary Keller’s housing market predictions, made in his speech on Thursday, Aug. 11 to Keller Williams leaders.

With all due respect to Gary Keller, I am trying to decipher why he believes that we are gearing up for a nationwide housing “shift.” Especially when the data tells us a different story.

His first indicator is that the number of days on market has risen. I would challenge this notion and suggest that the inventory that is stuck on the market is not what buyers are looking for.

Additionally, total months of supply – a better indicator as to the strength of the housing market – remains at about 4.5 months, which indicates that it is still a seller’s market.

.@SeattleEcon: ‘The data tells us a different story about the housing market.’

He said that the supply of move-up and high-end housing is increasing. Well, I do agree that the ultra-luxury market – specifically in Manhattan – is starting to suffer, but I am not seeing a quantifiable jump in listings in a vast majority of markets throughout the U.S.

He said that there is home price contraction in “some’” markets. In looking at the data I did identify lower home prices in 29 U.S. metro areas, but prices were higher in 148 others.

Furthermore, the areas where prices were faltering were predominantly in economically depressed markets on the East coast – not a particularly reliable bell weather for housing activity.

He points out that home sales are slowing. I believe this is because of inventory limitations that so many markets are experiencing.

He cites a slowdown in new construction. This is simply false. The number of single family homes under construction in the U.S. is at a level that we have not seen since 2008.

He stated that median home prices are higher than we have ever seen. That is accurate, but if we account for inflation, we are still well below our historic peak.

Where I do agree with Mr. Keller is that we have an affordability issue in some parts of the country and that is a problem.

All real estate is local and the likelihood of a meltdown similar to that seen in 2008/2009 is extremely remote. And this is from a person who predicted the market crash when it was not a popular position to take.

Homeowners are in a very fortunate position right now. As a nation, we have not added to our mortgage debt. In fact, outstanding mortgage debt is currently $355 billion less than it was five years ago. At the same time, owner equity is $6 trillion higher.

This provides the U.S. housing market with a pretty major cushion against unforeseen shocks should they appear.

Matthew Gardner is the Chief Economist for Windermere Real Estate, the second largest regional real estate company in the nation. Matthew specializes in residential market analysis, commercial/industrial market analysis, financial analysis, and land use and regional economics. He is the former Principal of Gardner Economics, and has over 25 years of professional experience both in the U.S. and U.K. 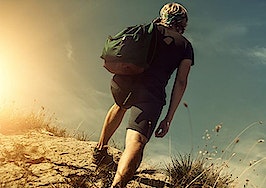 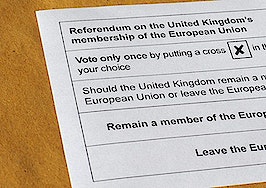 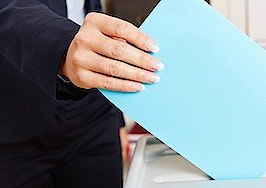 How will the 2016 election affect the housing market?