You will not see Amy Kite — a top-performing Chicago team leader — oversharing on social media. Or anyone else on her team of nine agents, for that matter. “As far as social media goes, we do some Facebook ads — but otherwise, it’s not our thing,” said Kite, leader of the Amy Kite Team, based out of the Keller Williams Infinity office in Naperville, Illinois. 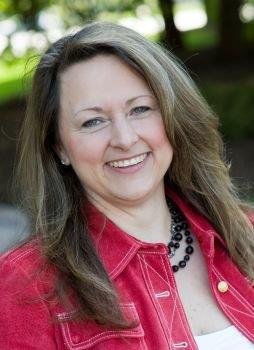 You will not see Amy Kite — a top-performing Chicago team leader — oversharing on social media.

Or anyone else on her team of nine agents, for that matter.

“As far as social media goes, we do some Facebook ads — but otherwise, it’s not our thing,” said Kite, leader of the Amy Kite Team, based out of the Keller Williams Infinity office in Naperville, Illinois.

“I have attracted a group of people who don’t use it — I even had to get onto a couple of them to get on Facebook because we have a team Facebook page that we communicate through.”

Her hope is that her agents are spending their time more usefully.

“I see some agents who seem to be doing this all day, and that isn’t something I want to encourage,” said the broker.

Don’t get her wrong: Although Kite does not value social media, at the end of last year she appointed a VP of technology, Michael Linton.

“He has worked with implementing new tech on the team and is right now reviewing websites and internal technology,” she said.

The team leader’s approach to social media doesn’t seem to have hurt her any. Kite has accumulated a number of accolades in her 12-year career.

Most recently, the Amy Kite Team, set up in 2012, was named one of America’s top real estate teams by Real Trends’ The Thousand Top Real Estate Professionals as advertised in The Wall Street Journal.

In 2015, the team had a $73 million sales volume and is on track to do $85 million this year, said Kite, who meanwhile expects to start operating in Northern Indiana in the first half of 2017 making hers an expansion team at Keller Williams.

Real estate is no part-time gig

Having children led Kite to start her career in the industry. She came from a high-flying career in head hunting, where she used to say she was a Realtor — but she sold people.

“I’ve always been in sales, I’ve just always sold different products. I changed from headhunting to real estate because I had just given birth to our second child and I wanted to be able to drop in at home any time,” said Kite.

Endorsed by Shark Tank’s Barbara Corcoran as her go-to agent in Chicagoland, the former corporate executive has never approached real estate as a part time gig. She was in no doubt about wanting to take real estate seriously.

“The fact is that it’s a business. Too many people don’t look at it that way; they treat this as a hobby.”

Kite has made her mark in the Chicagoland market with some brave marketing moves. The only Chicago Realtor to be a National Builder Trade-In Specialist in Chicagoland, she has developed a guaranteed sales program for the past three years, offering to buy her client’s house if she doesn’t get a certain price for it. She offers it to all clients, but building companies especially benefit from it.

“What we do is we help the builders when they have someone who needs to sell their house before they buy,” she explained. “The builders call us and we can guarantee the client we will buy the home if we don’t sell at a certain price.”

In the years she has been doing this, Kite has only had to buy the house four times. She has made some improvements to three of the properties, then sold them and kept one as a rental.

How a team leader generates leads

In a recent Real Trends report on teams, “The Real Estate Teams Playbook: Aligning Structures and Strategies,” it stressed the need for team leaders to generate the bulk of leads — and Kite supports this.

“I would tell you in building a team, I believe I have to be the one who is generating the leads.

“Nobody would come to you unless you had leads. I tried eight years ago to start a team but did not have enough leads to keep people happy.”

In her experience, she has found agents are interested in joining a team that provides leads and education.

“I determine when to add team members based on the number of leads we aren’t getting to in a timely fashion.”

“I have been fortunate to attract great agents who have not been great at prospecting, but they are fabulous at converting leads that we generate. I believe there are great agents out there who thrive in a team environment and are grateful for the leads we provide,” said Kite.

As part of growing her team,  Kite hired her husband, Michael, a year ago as her COO. He had been a store manager of a retail chain.

“He decided to help me; it had just become such a big business,” she said.

“I can always depend on the fact he will work as hard as me — it’s fantastic to have that partner that you know is putting in the 110 percent, as I am.”

Currently recruiting five more buyer and listing agents, Kite, who likes to employ moms, said: “My favorite agent is one who has worked from six months to two years. Those who have been in the business for a lot longer will not listen; they can be too set in their ways.”

The couple have fine-tuned their recruiting methods.

“We had originally interviewed and hired for personality, and what we found was we had a culture problem.

As well as nine licensed agents, each with their own territory, the Chicago agent has an additional 11 employees, including some ISAs (inside sales associates).

“We are staff-heavy compared to many teams,” she concedes, but noted that she considers her ISAs staff while most teams consider them sales associates.

“Technically, we should be at 1.5 agents per staff member in my opinion.”

They may not spend much time on social media but Kite and her husband do use it to help make recruiting decisions.

“It helps us find out who are they really — not just who they appear to be in an interview,” said Kite.

Meanwhile, one way of maintaining the company culture is arranging get-togethers on a monthly basis.

“We may do whirlyball, or go on a shopping spree — I give them them $250 and they have to spend it on themselves,” said Kite, who doesn’t do bonuses.

The team also decide a charity to donate to each month.

What drives a team leader

As for staying motivated herself, Kite is still driven by doing the deals.

Once she has the listing, she hands over to an agent in the office, who takes over the transaction to closing.

The broker knows her weaknesses.

“I’m good at being out there in the field, getting clients to sign the deal. I’m really bad at paperwork and follow-up.

“My favorite thing is being out with clients — not dealing with the back-end paper stuff. I can do three or four times the deals that way.

“I’m a big thinker,” she added. “I can see what we need to do next, but I’m not the implementer.”

Thanks, perhaps, to her corporate background, Kite focuses on what she does best to the nth degree.

She has a driver/bodyguard rather than driving herself. It makes a lot of sense, she says, because she covers a lot of ground in a day.

The Amy Kite Team is currently in seven counties including Lake and McHenry counties, as far south as Will and Kendall counties and as far west as DuPage and Kane counties.

“Any time I spend behind the wheel of the car  is wasted — I could be on the phone, focused on something else.

“By having a driver or bodyguard, he always knows what door I walked into, and it takes the stress away of finding a parking spot when arriving at a meeting.

“I can prepare for my next appointment, negotiate contracts, respond to email and provide guidance to the agents on the team,” she added.

When she goes on vacation, her listing specialist has her driver — he is popular. 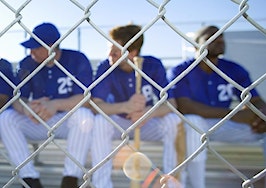 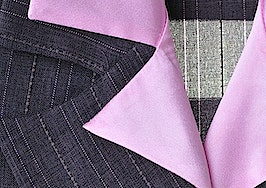 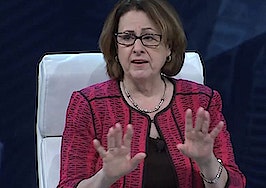