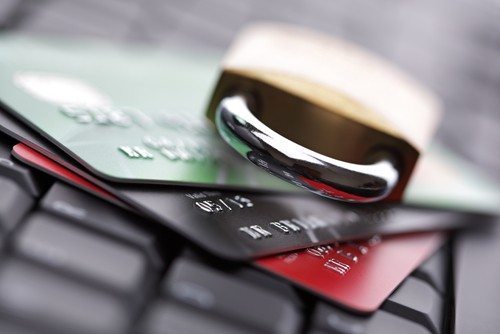 Brokers set up their own companies for a number of reasons. Cory Kammerdiener’s experience helping veterans during the economic downturn sparked his trajectory toward this path, and continues to shape how he trains real estate agents and works with real estate consumers on their finances.

After 12 years in the U.S. Navy, Cory Kammerdiener went into recruiting. He helped ex-military personnel find employment and watched as large corporations shed hundreds and thousands of workers.

“When the economy crashed, companies were laying off people who I helped get positions, people with master’s in engineering who did not know where their next paycheck was coming from,” he said.

Brokers set up their own companies for a number of reasons — Kammerdiener’s experience feeling the weight of the economic downturn sparked his trajectory toward this path, and continues to shape how he trains real estate agents and works with real estate consumers on their finances.

His firm, New Home Programs, specializes in first-time homebuyers and sellers and offers a unique secured credit card for assisting prospective buyers with establishing and rebuilding their credit.

“I teach agents never to tell a person to go and find a mortgage — we run the credit score, and say, these are the type of loans you are eligible for,” he said.

It begins with a domain

In 2004, at the end of his time working for a property development company, Kammerdiener had made inroads assisting homebuyers with their credit scores and down payment options.

At this point he planned to become a real estate agent — and to generate buyer leads, he set up the website Newhomeprograms.com.

Kammerdiener incorporated the site in 2005 as it attracted hundreds of people every month. He decided to share the (lead) love with a team at a firm where he worked as an agent for five years. He trained them on leads, military loans, the skill of marketing — and received a 20 percent referral fee.

In January 2010 Newhomeprograms.com became a real estate brokerage corporation based in Houston, and Kammerdiener began distributing leads to his own agents.

Today, Newhomeprograms.com has 11,000 to 18,000 new visitors a month and operates in Florida as well as Texas.

“I typically hire agents who are in the business less than one year and have admitted that traditional real estate has failed them,” he said.

Newhomeprograms.com agents receive up to 10 percent profit sharing bonus on every new agent that they hire for the company. The rest of the company split is reinvested back into marketing.

Kammerdiener and his wife, also a broker, have 68 agents (or “partners” as they call them) — the majority based in Houston.

From the beginning, Kammerdiener has been a lot more involved in helping homebuyers with their finances than the average broker/owner. He now has 10 financial assistance programs for buyers and one for sellers.

One of the brokerage’s most popular programs helps first-time buyers bring their credit score up to 640 to gain eligibility for state grants, including up to 5 percent of the loan in Texas and up to $15,000 in Florida to go toward down payment or closing costs.

Kammerdiener sees a real need for consumer education on home loans. The No. 1 thing people aren’t taught about in school (and should be) is credit scores, he said.

“Last month we received 355 requests asking for help from our website. This does not include call-ins,” he added, highlighting the level of consumer demand for this type of assistance.

The firm has preferred lenders on a state level and national lenders (both accredited by the states) that offer the government programs suited to the first-time buyer and damaged credit clientele that New Home Programs serves. The states also list these mortgage companies on their state websites, Kammerdiener said.

“Also, when our clients want to buy a brand new home, we advise them that if they use the preferred lenders of the home builders, there may be added incentives like: closing cost incentives, owners title policy, lower interest rates through seller buy downs, etc.,” he added. “As a we have a fiduciary relationship with our clients, we must advise them of these benefits even when it comes to mortgages.”

But New Home Programs remains in good standing with RESPA (the Real Estate Settlement Procedures Act)  because it does not receive kick backs from its preferred lenders, Kammerdiener added.

New Home Programs currently has 910 clients in its credit enhancement program, 269 qualified buyers and 1,875 prospective clients, which means the firm is awaiting their credit reports and appointment. The company averages 40 closings per month based on the last 12 months.

“Based on the state requirements to become a licensed agent, we were taught the basics of mortgage lending to include calculating mortgage payments and knowing the difference between VA and FHA [Federal Housing Administration] loans,” Kammerdiener said.

In addition, New Home Programs provides buyers with a free credit analysis, gathers their loan documentation and packages it up for lenders, goes over their loan disclosures and attends loan officer meetings with them as their advocate.

A chance at credit redemption

The entrepreneurial broker had a coup in 2013 when Newhomeprograms.com became what Kammerdiener believes is the first real estate organization to offer a secured credit card, which uses money cardholders place in a security deposit account as collateral.

Buyers who apply and qualify have the chance to build positive credit and improve their history.

The cards are issued by First Bankcard, a division of First National Bank of Omaha, pursuant to a license from Visa, according to the New Homes Program website.

The joint venture came about when Kammerdiener reached out to the bank, and in turn it did its research on the firm. Later, bank representatives came down and visited one of the New Home Programs real estate offices.

“We showed them how we were marketing for potential homebuyers who had less than stellar credit or no credit at all,” Kammerdiener said.

The bank made the partnership offer and now serves as the secured credit card issuer, but it’s strictly regulated, Kammerdiener explained, and he’s clear on where the line is.

“FNBO [First National Bank of Omaha Business] and all banks have a very strict legal responsibility when marketing or even talking about credit cards in general. They do not want our agents marketing the card outside [of] simply telling prospects to go to our website and read about our card. All the info on our website was written by their legal department and always subject to changes.”

He added that any kind of affiliate program in which the brokerage pays a third-party for advertising the credit card is prohibited.

“For the credit cards, all we can do is tell them we have a secured card and what the factual benefits are, which are written on the application page by First Bankcard,” he said. “We cannot say things that are not factual like, ‘With our secured card, you will have better scores.'”

With this secured card, the amount of money in buyers’ security deposit is also their credit limit.

An opportunity to ‘lend’ a hand

Is Kammerdiener is going too far in helping his clients? Not according to Steve Cook, editor and co-publisher, Real Estate Economy Watch, who said there are a number of ways buyers can research programs but many don’t avail themselves of these opportunities.

Another source for this type of information is DownPayment Resource, for example, a site that aggregates mortgage assistance and grant programs across the U.S.

“For years, surveys like NAR’s Profile of Homebuyers and Sellers have found that the greatest hurdle first-time buyers face is saving for a down payment,” Cook said. “Yet recent surveys suggest that most consumers are not aware of these programs, or believe they are available only to lower income buyers.

“Real estate brokers are the point of contact with buyers, so I think it is a very good thing that a broker is making the connection for down payment assistance for first-time buyers and helping them to qualify.”

In the California Association of Realtors 2017 housing market forecast, the association’s vice president and chief economist Leslie Appleton-Young urged Realtors to educate buyers of all ages about housing options and available loans that could make homeownership a more affordable and achievable goal.

As reported by Inman in September, “When asked whether they would purchase a home if they could have a lower down payment, 69 percent of millennials said they would become homeowners. But only 19 percent of those millennials knew about FHA loans.

“Outside of the millennial demographic, research shows that renters of all ages are still interested in becoming homeowners. According to C.A.R., 51 percent of renters have done housing research over the past year.”

Cook commented that perhaps Mr. Kammerdiener’s program will become a model that other brokers will adopt.

To give the real estate brokerage momentum, Kammerdiener is looking to roll out a franchise model throughout the country in the next 24 months. He already owns a business brokerage and a house development firm.

The broker-owner has strong views about how to run a real estate franchise, and that includes keeping payroll, marketing and sales responsibilities off the franchisees’ plates.

He would give those jobs to the franchise software and the Houston team monitoring that aspect of the business, and run a paperless system so that the brokers can focus on the agents.

One restriction with his business model moving forward, however, will be location. An emphasis on first-time and low income buyers doesn’t fare well in Miami-Dade, for example, where the average income is less than $40,000 but the cheapest homes (that are 50-years-old) can sell for $200,000-plus, Kammerdiener said.

The area must also have state programs at a minimum and city and county programs are an added plus, he added.

That’s how he hopes to achieve successful expansion — with a purpose.

“I don’t want to have millions of listings,” he said. “I want programs for people who have problems — and want to buy a home.”

What to do with credit-challenged homebuyers

3 ways video marketing has pivoted this year (and how to work it!)

Pulse: What is the state of the indie broker going into 2021?
Back to top
Leaders from across the industry answered our call to come to Inman Connect and share essential advice for leveling up your 2021.SEE THE SPEAKERS×
Inmanpot
Up-to-the-minute news and interviews in your inbox, ticket discounts for Inman events and more
1-Step CheckoutPay with a credit card
By continuing, you agree to Inman’s Terms of Use and Privacy Policy.