Zephyr Real Estate’s Tim Gullicksen had enthusiastic home hunter clients from India who were ready to bid on an expensive San Francisco property. But the couple pulled out of the offer submissions just before bids were due.

Zephyr Real Estate’s Tim Gullicksen had enthusiastic home hunter clients from India who were ready to bid on an expensive San Francisco property.

But the couple pulled out of the offer submissions just before bids were due because they didn’t feel certain their H1-B skilled worker visa was secure.

“They had the whole offer written up with the cute family photo, the letter explaining who were they were — why we love this house, what we want to do with it,” said the Gullicksen, the San Francisco agent. The listing agent ending up with 19 offers.

The Indian couple’s Bay Area employer was trying to reassure its visa holders that their status was secure, but the clients were going to go back to India to think it over.

Inman has received anecdotal reports from San Francisco, Seattle and North Carolina of skilled immigrants having second thoughts about buying or following through on purchases in the U.S. The concern is that their status in the country is too tenuous for them to commit to a home given President Donald Trump’s immigration policies, demonstrated through the the now-halted executive order restricting travelers from seven Muslim-majority nations.

The stories are not of people from any of the seven countries but who were nonetheless hesitant.

Although many agents who were asked about visa uncertainty said it was a non-issue for them, Gullicksen noted that this was not an isolated case in his market: “A number of agents said buyers have completely dropped out because of their visa status; they are concerned that they will not be here for the long term. Others talked about their clients being nervous, and in San Francisco there is so much competition, tentative buyers don’t win; it’s a blood sport,” said the experienced agent.

“To truly be in this market you have to be committed and feel that the country is committed,” he said.

San Francisco remains an excellent seller’s market, though there is nervousness in the air, with strong buyer demand especially for single-family homes, said Gullicksen.

The CEO of Pacific Union International, Mark McLaughlin, was confident the situation would stabilize, however.

“I would expect the drama of the rush to close our borders to be reconciled through the judicial branch and eventually Congress,” McLaughlin said.

Meanwhile, in Seattle over the weekend, Windermere Real Estate’s Mark Corcoran had to think on his feet when his Indian-born clients, who are under contract to buy a new home in a sub-division of Kenmore, a Seattle suburb, called a meeting.

They wanted to know what their options were if they had to leave the country.

They have committed to living in America with their extended family in mind, buying a new-build 3,800 square-foot house, for future children and also with plans to bring their parents over from India. But they felt that recent events had thrown that into question.

Corcoran gave them three scenarios: If they pulled out of the home before completion, they would lose their $20,000 earnest money; if they had to leave the country because of visas, they could rent the home out and still have a good appreciating asset; and then they could sell at some point.

The couple, software engineers with Amazon and Starbucks, were much relieved after the meeting, said Corcoran.

While making it clear that it was an unlikely eventuality, they were reassured that whatever happened, they had still made a good investment, were not going to lose any money and could have someone rent it out and pay the mortgage in a worse-case scenario.

This couple is due to put another $20,000 down on upgrades for their new home this month, and this would be totally non-refundable, said Corcoran, so they would be watching the changing situation carefully.

Corcoran said he is ready for this client concern to arise again in his market, which has many skilled international workers.

“Now I know it’s part of the conversation that we have to have. Once they know they need to have those plans in place, then they can wrap their head around their options. They can say: ‘It’s low risk, but if does happen, these are my plans,'” he said.

Immigrant buyers with other options

From the West coast, one North Carolina agent (who preferred not to be named) was disappointed to let clients walk away from a serious home search in his town of Raleigh.

Though not from one of the seven countries President Trump identified in his executive travel order, they put the brakes on their search for a modest townhouse, he said.

“I feel like as an agent, it’s out of our control. It’s the climate we are in, this is the government that represents us. When people are making decisions on where to put down roots, I don’t think this speaks well for us,” he said.

These people have lived all over the world and have other options, he added.

“They were so nice about it — they said, ‘if we decide to move forward we’ll come back to you,'” he said. 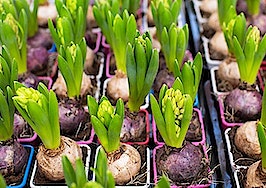 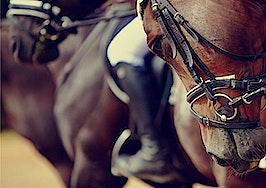