The Trump administration is considering slashing the budget of Department of Housing and Urban Development (HUD) by $6 billion, The Washington Post reports, citing preliminary budget documents.

The Trump administration is considering slashing the budget of the Department of Housing and Urban Development (HUD) by $6 billion, The Washington Post reports, citing preliminary budget documents.

The cuts would affect public housing support and could nearly eliminate community development grants. It remains to be seen whether the administration’s final budget proposal will include the proposed cuts, the newspaper said.

The National Low Income Housing Coalition (NIHLC) called the suggested cuts “unconscionable and unacceptable.” Among other consequences, the group claimed the plan would: 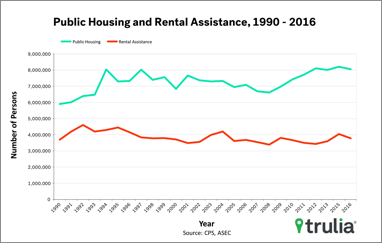 “The budget cuts to these vital programs that the Trump administration is considering could undermine the housing market recovery in communities where affordable housing, economic opportunity, public services and community development is undersupplied by the private sector.

“Further, cutting such programs could reverse the progress that has been made in reducing racial and housing choice segregation over the past five years,” McLaughlin added.

“Last, we fear that such cuts could ultimately dampen economic growth by increasing housing stress for working-class Americans — teachers, firefighters, healthcare workers and more — who are vital for supporting higher-paying base industries in their respective markets.”

Las Vegas-based Realtor Todd Miller noted in a Facebook thread that cuts would have no implications to the real estate industry from “a [homebuying] and selling and perspective.”

Sarah Schnell Jones of Bamboo Realty added to the conversation, “Depends on what you mean by ‘real estate industry.’ If you believe that means transaction (buying and selling) of real estate, not much. If you mean stable and affordable housing for a population, huge implications. Sadly most real estate agents use the first definition and won’t care much.”

HUD Secretary Ben Carson has commented on the perils of federal assistance in the past, but at a Congressional confirmation hearing in January he expressed support for HUD’s core responsibilities and homeownership-driven programs. Those comments appeared to increase support for the cabinet member from the real estate industry.

National Association of Realtors President William E. Brown said: “It’s difficult to respond to reports of budget cuts at HUD without firm details in place, as the Administration has yet to formally release a budget. We’ll be watching for that, but our hope of course is that programs critical to homeownership and real estate investment get the support they require.”

NIHLC called on Carson to “uphold the commitments he made during his confirmation process,” citing his statement at that time that: 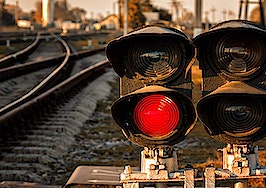