Sometimes when a couple starts off on the wrong foot, a matchmaker can make the difference between a failed proposal and a walk down the aisle.

REcolorado has about 20,000 agent, broker and appraiser subscribers while IRES has about 6,000. 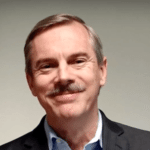 “REcolorado and IRES are pleased to announce the two MLS organizations have joined together to appoint T3 MLS … to explore and facilitate discussions between all appropriate stakeholders with the intent of creating a new expanded regional MLS in Colorado,” the MLSs said in identical blog posts.

IRES in northern Colorado and REcolorado in the Denver metro area are among the latest MLSs to publicize that they are exploring consolidation. Two Texas MLSs run by local Realtor associations in Austin and San Antonio announced merger talks late last month.

More MLSs and associations are likely to consolidate this year, which could mean several benefits for agents and brokers on the ground, including better services, reduced fees and increased efficiencies. But as IRES and REcolorado have shown, the road toward consolidation isn’t necessarily an easy one.

The Colorado discussions, scheduled to start this week, will come after IRES rejected a surprise multimillion-dollar buyout offer from REcolorado on Jan. 30, offering statewide MLS cooperation talks instead.

REcolorado subsequently informed its northern neighbor that on March 2 it would end a data share between the two MLSs that had been in place since 2003. On Feb. 27, REcolorado reaffirmed its decision to end the data share.

With all of this tension, what made the two MLSs come together to reconsider?

The answer may lie in a letter sent to IRES, REcolorado, and the Pikes Peak Association of Realtors (south of Denver in Colorado Springs) from 20-plus large brokerages in the state. According to a blog post published by IRES, the Feb. 14 letter requests the MLSs:

IRES and REcolorado appear to have listened.

“Negotiations will be pursued as a matter of urgency and will involve multiple stakeholders, who will be afforded an opportunity to raise needs, wants, and concerns,” the MLSs said in their announcement.

“All stakeholders involved in the discussions will be asked to refrain from arranging or participating in any other private meetings or discussions to allow T3 to facilitate this complex and highly charged situation. Coordinated communications will be issued as progress is made.”

Inman reached out to IRES and REcolorado to inquire who the “stakeholders” involved would be, if other MLSs will be involved in the discussions, what topics would be discussed, and if they had any particular timeline for consolidation.

IRES did not respond. REcolorado declined to comment. In an emailed statement, a spokeswoman said, “In an effort to stay completely focused on the tasks at hand, the parties involved have agreed to refrain from speaking to the media or issuing communications beyond the blog post you saw while meetings are taking place.” 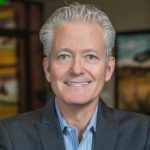 “We confirm that the two MLS organizations, IRES and REcolorado, have agreed only to explore creating an expanded regional MLS in Colorado,” Swanepoel said in an emailed statement.

“We are in the exploratory phase and information provided at this stage, by any party, would be speculative and the publishing of such speculation would unnecessarily complicate discussions. We will issue announcements and provide you more details when appropriate.”

Not invited but not standing still

The Pikes Peak Association of Realtors was not invited to participate in the merger discussions, PPAR CEO Amy Reid told Inman in an interview. PPAR’s MLS has about 3,600 subscribers while PPAR has about 3,200 members. 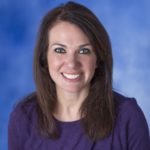 “[PPAR] and our MLS would be happy to sit down and talk with people about the MLS in the state of Colorado,” Reid said.

She said PPAR did receive the letter from the large brokers and has been having meetings with its broker-owner participants and its board of directors to address the issues cited in the letter.

She declined to name the firms who sent the letter but noted that they all practice throughout the Front Range region of the state, vary in size, and some are franchises and some are independent.

Their market share isn’t large in the Pikes Peak area and the vast majority of their agents are in REcolorado’s and IRES’s jurisdictions, but PPAR nonetheless intends to respond to the needs included in the letter, according to Reid.

“We will have an announcement on some actions we’re going to take as an association quite soon, probably within the next week,” Reid said.

“We want to be part of the conversation and the solution. We’re dedicated to our members and participants and meeting their needs.”

“We’re very excited about it. We think it moves the discussion forward and addresses the issues raised by that letter and the needs of our practitioners across the Front Range and in the state,” she added. 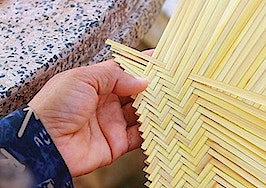 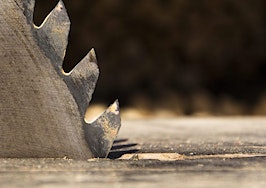